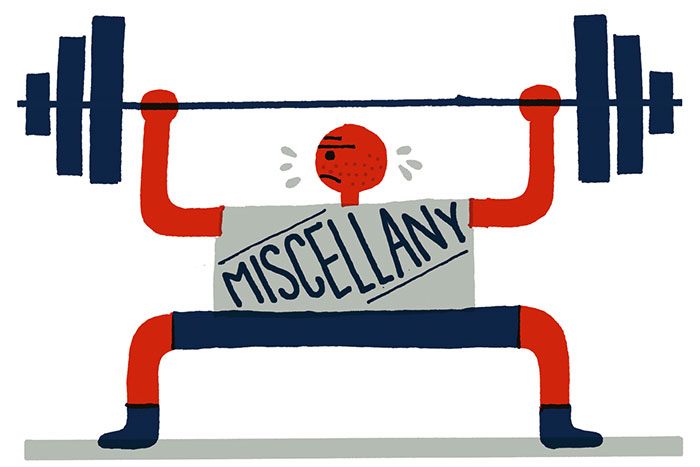 Ispent the days following the recent Quebec election in Norfolk, UK, with a bunch of academics and journalists, and tried to raise the alarms set off by the return of the Parti Québécois to power.

“Actual secession is not on the table—yet—but there are worrying trends in culture and language policy,” I told them. “And they took down the Maple Leaf in the assembly.”

“Is it true that Canada’s economy has actually been okay since 2008? ” the English wanted to know.

“Pauline Marois will certainly make Stephen Harper’s life miserable,” I said. “Will Thomas Mulcair and his sizable Quebec caucus skew federalist, or see PQ sympathy as a way to undermine the Conservatives in Ottawa? ”

“What’s the population of Canada anyway? ”

“This business about veils and religious symbols is ominous,” I went on. “You sometimes feel the rumble of nascent racism in Quebec. And the police are practically paramilitary.”

“Is the median family income higher there than in the States? ”

“And then there are all the structural problems,” I insisted. “Crumbling infrastructure, high dropout rates in schools, underfunded universities, corrupt businesses, and a shrinking tax base. People say Quebec is the Greece of Canada. You know, Greece? ”

“Hey, do you get to vote in the American election? ”

Some international perspective is all it takes to remind you that the only thing more boring to the world than the enduring mystery of Canadian identity is the eternal question of Quebec’s future. But I am old enough to remember a time when Quebec separatists offered the closest thing Canada had to serious political violence. The very existence of the Front de libération du Québec served to satisfy the “issue envy,” as Mordecai Richler called it, that ever afflicts peaceable, well-ordered Canadians when they view gritty world affairs. Our very own terrorists! Suck on that, America!

When robots get too close for comfort 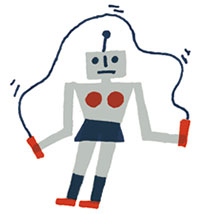 In June 2011, the Japanese pop group AKB48 announced a new member, Aimi Eguchi. Weekly Playboy named her the “ultimate love bomb,” and fans clamoured over her childlike beauty—all wide eyes and flawless skin. But there was something uncanny about the pop star. It was soon revealed that she was a digital composite of facial features from six other AKB48 members. Eguchi had elicited what the Japanese call shinwakan, or the affinity one human being feels for another. In a landmark essay published in 1970, roboticist Masahiro Mori warned that replicas can go only so far in eliciting shinwakan: robots that mimic blinking and breathing are more likely to cause repulsion. To underscore his point, Mori plotted a graph with an “uncanny valley” to illustrate our plummeting shinwakan as we realize that the android fails to share our human experience and emotions.

After the 1970s, violent separatism receded into the reaches of comic reference, as in the original Die Hard movie, where terrorist-thief Hans Gruber (Alan Rickman) demands freedom for his imprisoned “Liberté du Québec” comrades; or in David Foster Wallace’s Infinite Jest, where the FLQ plays a recurring role in corporatized near-future America.

Northrop Frye used to argue that within Canadian society there were multiple distinct societies—Maritime, Prairie, West Coast—all with separatist tendencies. Quebec must be understood, he said, as just another customer demanding special service at the federal saloon. This is clearly not true now, if it ever was. Quebec’s sense of difference won’t go away, and it surely accounts for the eerie experience many non-Quebecers have when they visit the province; the sense, when you cross the provincial line, that not just the rest of Canada but somehow the rest of the world falls away into a void of indifferent elsewhereness. It’s unsettling but exhilarating, because within this force field of difference anything seems possible.

Consider the perennial language issue. When a culture must insist on its surface observances, the rituals and locutions, it has already lost the battle for survival. Marois and her supporters will have no better luck in their prophylactic cultural policing than l’Académie française had in protecting the sanctity of uncorrupted French. The more they try to suppress allophone declensions, the more these will be hastened.

Meanwhile, the new government’s financial proposals (which include tax increases on capital gains, and higher rates for those in income brackets above $130,000 a year) attempt to raise much-needed revenue while promoting a steep social justice agenda that attacks wealth inequality even as it shepherds the environment (no fracking!) and the future (free tuition!). Critics doubt whether the revenue will actually come, since those higher earners are the very same people who have the resources to restructure their earnings and avoid taxes. If all of these policy choices were to stand, Quebec would be the most progressive political territory in North America, a shining city on a green socialist hill—albeit one with massively underfinanced pension funds, among other inconvenient facts.

But inconvenient facts have never made much of an impression on Quebec’s uncanny exceptionalism. Many Quebecers conscripted into military service in 1944 by the National Resources Mobilization Act refused to go active, viewing the war in Europe as one that had no hold on them; they were called, derisively, “zombies.” Today’s Quebecers are actually more like the replicants from Blade Runner: cultured, sensitive, mysterious, and motivated by endless backstories of grievance and longing.

Yes, there it is. Quebec is Canada’s familiar-strange double, a return of the repressed, so like the rest of the country and yet so minutely, eerily different. Are they plotting something large and secretive, some kind of surprise secession? Probably not. No, they probably just want things to go on like this more or less forever, teetering between passive entitlement and passionate outrage, sketching a glorious future free of any reality principle.

And that’s why Canada needs Quebec. Quebec is the dream space of the nation, Coney Island to our Manhattan, a fantasyland where beautiful wishes and dark visions cavort side by side. The implications of the French fact can never be settled, not because Quebecers won’t decide things, but because they know that, secretly, we all want exactly what they do: everything.

Mark Kingwell is a professor of philosophy at the University of Toronto and a contributing editor of Harper’s Magazine.
Guillaume Simoneau