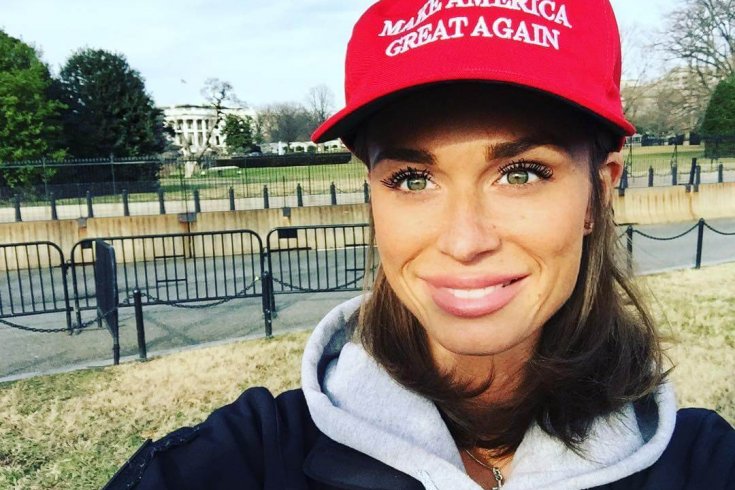 It’s 1974. Inside the Toronto Star is a jarring headline: “Toronto Was a Heartbeat Away from a Fascist Mayor.” Weeks prior, incumbent David Crombie—an urbanist who believed in preserving unique and historical neighbourhoods—was re-elected with more than 80 percent of the vote.

Crombie’s huge win came with a weird caveat. The runner-up was Don Andrews, a man whose history is so lurid it’s hard to figure out where to start. In the 1960s, he co-founded the Edmund Burke Society, a hard-right organization established to, among other things, push against the supposed communist sympathies of then prime minister Pierre Elliott Trudeau. That group morphed into the more extreme Western Guard. Andrews would eventually break off to form the Nationalist Party of Canada, which later became involved with the Ku Klux Klan.

Andrews mounted a bid for the mayoralty of Canada’s largest city in 1974. He failed in unseating Crombie, scoring roughly 5,700 votes. That put him second. Not terribly impressive, given that the third runner-up was a professional clown, yet it was nevertheless remarkable for a terrifying reason. “If Mayor David Crombie had died suddenly between nomination day and Monday’s election, voters would have been required by law to select their mayor from one of the 10 fringe candidates,” the Star reported. Andrews was quoted saying he was “only one man’s life away from being mayor.”

Luckily, Crombie survived to take the mayor’s seat. But the relevancy of this trip into the archives, if you’ve been following Toronto politics recently, should be obvious. A couple of weeks ago, Faith Goldy, a far-right commentator, filed her paperwork to run for mayor of Toronto on October 22.

Goldy’s career in the limelight can be summed up rather quickly: She had been a well-known voice on the now-defunct Sun News Network (where, full disclosure, we appeared on panels together regularly). Once it folded, she followed network host Ezra Levant to the Rebel, where she, like the rest of the team, adopted an increasingly hard-right bent. She travelled to Bethlehem to call for a new crusade against Muslims. She pushed false-flag conspiracy theories around the Quebec City mosque attack, suggesting that Islam—and not a white Canadian man enraged by immigration, as was actually the case—was responsible for the shooting. In a move that finally forced her ouster from the Rebel, she appeared on a podcast hosted by the Daily Stormer, an unapologetically neo-Nazi website. Since then, she has continued to influence her own band of alt-right fans on Twitter, YouTube, and elsewhere.

Goldy’s entry into politics doesn’t represent anything exceptional. There’s usually a variety of people who run for office in Canada on a platform of fear-mongering, nationalism, Islamophobia, or some combination therein. This year, Goldy will be facing off against James Sears, a man charged with promoting hatred for his publishing of a neo-Nazi newspaper. Then there’s Christopher Brosky, running for a council seat downtown. A neo-Nazi with a penchant for swastika jewellery, Brosky was convicted in the 1991 murder of a thirty-two-year-old black man in Texas, a crime for which he spent sixteen years in prison. Outside the city limits, notorious white supremacist Paul Fromm, who co-founded the Edmund Burke Society and Western Guard with Andrews, is running for mayor of Hamilton.

What is new, and what convinces me that Goldy is worth talking about above the other far-right candidates making a bid for Toronto high office, is the current chaos of our political culture.

That chaos isn’t dissimilar to the 1970s, when Andrews first rose to his own sad level of prominence. Back then, there was a distinctive socially regressive backlash—against feminism, against sexual liberation, against efforts to end segregation, against a rise in immigration. In America, President Richard Nixon exploited that anger to his own political ends, while here at home, Pierre Elliott Trudeau largely held fast against it.

Today, unpredictability is baked into the political culture. There is resistance to social change; a fear of immigrants; visceral hatred for the prime minister. Populists are exploiting these anxieties. In Ontario, Doug Ford tapped into that undercurrent of frustration by demonizing Premier Kathleen Wynne, propped up with bumper sticker campaign pledges. Nationally, failed Conservative leadership candidate Maxime Bernier has returned to the xenophobic talking points he’d been peddling for more than a year to warn of “extreme Liberal multiculturalism.”

It’s creating a climate that could produce some unexpected and troubling results. In Toronto, Ford heightened the chaos with his sudden move to slash the size of city council, upending what was supposed to be a predictable race. Just before she filed to run for mayor, John Tory’s progressive rival Jennifer Keesmaat tweeted a proposal to break Toronto away from the rest of Ontario and create Canada’s eleventh province—Trexit?—only to back down on that idea within a week.

Maybe there’s merit to the idea of creating a new city-province. Maybe there’s merit to shrinking Toronto city council. Both of those ideas deserve a thorough vetting before we rush into them. What is sure, though, is that in a municipal election so beset by chaos, this is all bad news. Unpredictable politics is rarely good politics.

Few know this better than Nick Kouvalis, the brain trust behind both Rob Ford’s win in the 2010 municipal campaign and Kellie Leitch’s disastrous xenophobic campaign for the 2016 Conservative Party leadership. Kouvalis also managed Tory’s successful 2014 mayoral bid and has reportedly been rehired—likely in an attempt to repeat the magic.

With Keesmat and Tory as frontrunners, the idea of Goldy winning seems remote. But just because figures like Andrews have failed to successfully exploit bubbling resentment and anxiety in Toronto doesn’t mean it can’t happen. Nobody needs a reminder that President Donald Trump’s victory broke nearly every rule of American political orthodoxy.

Goldy has more social media savvy and internet literacy than many of her other far-right colleagues. That may make up for the fact that, in the mainstream press, Goldy has garnered only passing attention. Only Toronto Sun columnist Joe Warmington has worked to normalize her campaign, calling on her via Twitter to denounce neo-Nazism and racism (which she hasn’t done).

Goldy has been using YouTube to spread her gospel. Her campaign launch video, complete with Islamophobic overtones, racked up more than 30,000 views. Another, decrying the supposed media blackout over her candidacy, reached nearly 70,000 views in a week. Those videos have been shared hundreds of times on Facebook.

Her candidacy seems to have garnered plenty of attention south of the border too. On r/The_Donald, Reddit’s pro-Trump clearing house, a post announcing her candidacy pleaded, “Give her your support!” Infowars, a far-right conspiracy site, covered her announcement glowingly. Unsurprising, given she has been a guest on the Alex Jones–fronted network.

The fact that Goldy has a worldwide cult following may ultimately be an unexpected variable. Look no further than one particular pro-Trump Facebook page—Trump-Train—which posted the Infowars article that effectively endorsed her candidacy. The owner of the account then sponsored his own post, targeting Facebook users in Toronto. I reached the owner in Florida. He told me that he’d decided to boost his post after hearing Goldy’s bid for mayor. When we spoke, I informed him he may have contravened Toronto election laws that forbid non-Ontarians from advertising in the race. At some point after our call, his post came down. Whether that was an admission of a mistake, I don’t know, but what if there are some in the pro-Goldy camp who aren’t as careful about following municipal election law? And what do we do about them? What if Facebook ads show up from other, more anonymous, accounts?

A Facebook spokesperson told me that while there are plans to expand what information is publicly disclosed about Facebook ads, they would be unable to reveal who was behind the ad or what currency was used to pay for it. Facebook will only investigate and pull ads that break election finance laws if they receive a complaint.

Goldy may be an also-ran, or she may, like Andrews, come alarmingly close. Regardless, she represents both an unsettling rise in ethno-nationalism in Canada and the potential to disrupt a race already mired in chaos; ignoring her entirely won’t inoculate ourselves from that.

Toronto is currently caught between Queen’s Park and Parliament on resettling irregular border crossers as they go through Canada’s refugee system. Support services in this city for those struggling with mental health issues, like the individual who carried out the attack on the Danforth in July, are woefully lacking. Gun violence is spiking. Housing remains unaffordable.

These are all real issues that need attention. Perhaps hearing thoughtful solutions to those problems from Tory, Keesmaat—or whoever else may emerge as a viable candidate in this election—will short-circuit Goldy’s anti-establishment crusade. Maybe not. Either way, we need to leave open the possibility that Faith Goldy will do better than we expected. A lot better. It’s unlikely, but what has been likely in the past two years?