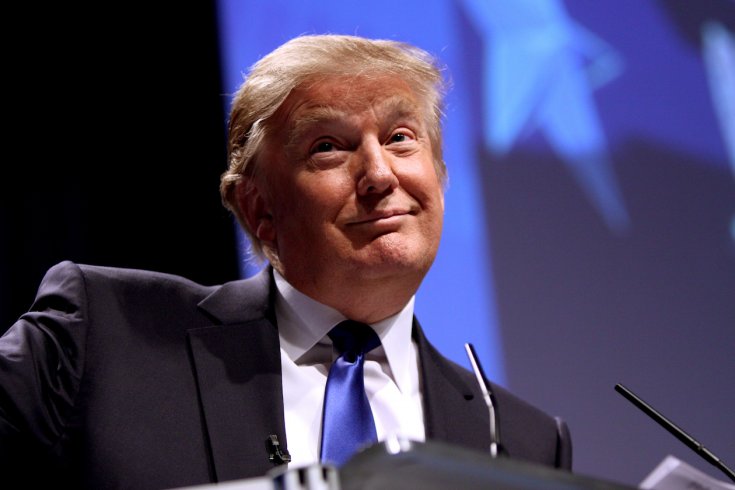 po.Michael Wolff’s Fire and Fury, for the most part, plays out from the author’s perch atop a White House sofa. It’s an incredible viewpoint, with revelations that sprawl out over 300 pages. Wolff barely touches Donald Trump’s trade agenda. He makes no mention of his trip to the United Kingdom and doesn’t really broach his ideological crusade against his predecessor’s deal to shrink Iran’s nuclear capacity. Indeed, Wolff dispenses with the minutiae of government—just as fast, it seems, as Trump.

What the book does do is paint a deeply unflattering picture of the administration in its early days, the president that nobody predicted and the rival armies of apparatchiks in the White House: the nationalists, helmed by the dark lord Steve Bannon; the poser-liberals, led by the Antony and Cleopatra duo of Jared Kushner and Ivanka Trump; and the vanguards of the crumbling Republican empire, led by Reince Priebus.

The power broking, infighting, and realpolitik jockeying for power is described by Wolff in salacious detail, no doubt informed by generals in all three factions. Wolff brags of hundreds of sources: some spoke on the record, happy to put direct quotes next to their name—Bannon falls in this category, and former deputy chief of staff Katie Walsh does as well—while many others spoke in varying degrees of off the record and on background. Some recounted conversations they were present for, and some conversations Wolff seemed to be fly on the wall for. Others, it seems, were creatively reconstructed by the author for dramatic effect. It’s a disorienting read. Then again, disorienting doesn’t begin to cover the first year of the Trump administration.

In what now seems to be a case of dramatic irony, Wolff notes that he was given access only to be promptly forgotten by his political minders. He was given no real parameters about what was fair game to report and what was not. Incompetence, it seems, prevented the Trump administration from getting ahead of Wolff’s inside view of the, well, incompetence.

Some excerpts have already caused a splash. Bannon told Wolff that a Trump Tower meeting between a Russian lawyer and campaign chairman Paul Manafort, Donald Trump Jr., and Kushner was “treasonous.” (He clarified in a statement on Sunday that the comment, which seemed directed at Trump Jr, was actually directed at Manafort.) It would seem that nobody, not the president and not his closest advisors, even wanted to win the presidency. We learn scandalous new details of the inglorious exits of tragic patsy Sean Spicer, who resigned after facing one humiliation too many from the administration; human LinkedIn account Anthony Scaramucci, the Trump Tower social gadfly whose White House job prospects were initially a joke and who was swiftly putsched by freshly installed chief of staff John Kelly; and Bannon, the puppet master himself, who oscillated between all-powerful Trump whisperer to being exiled in his own office.

But perhaps the most fascinating thing about Fire and Fury is how it takes all of our preconceptions of the shameless media obsession that has defined the Trump administration and shows it to be even more feckless than we ever could have imagined. It’s been no secret that Trump’s warfare against the leaks within his administration has probably been misdirected—he’s probably shooting the messenger, when many times the leaks are actually coming from his own team or even himself. Wolff’s exposé of the culpability of Trump’s inner circle for those leaks is done in a way that any working journalist in DC can’t really do.

We learn that Trump demanded two additional televisions in his West Wing bedroom, giving him near-omniscient surveillance of the cable-news ecosystem. He independently sets up interviews with New York Times reporters that he, at other points, berates and insults. He offered, quite abruptly, to marry Joe Scarborough and Mika Brzezinski, mainstream Republican hosts of NBC’s Morning Joe. When he and the hosts had a row, he swore to boycott the show, only to force his personal bodyguard-cum-media-flak Hope Hicks to recount the show for him every morning. He bragged how his boycott, and his Twitter attacks on Brzezinski’s appearance, would provide a death-blow to the show’s ratings.

Wolff is such a perfect fit for this profile in no small part because he has already written a book on Rupert Murdoch, one of Trump’s idols, and Murdoch hated it. Gawker once called Wolff a “lazy gadfly.” He’s a New Yorker, not a swamp dweller, and is as much a product of the city’s vicious tabloid culture as the president. “Media is personal,” Wolff writes. “It’s a series of blood scores.” As such, Wolff was able to colour in the extent to which Kushner, Ivanka, Bannon, and Preibus used their selectively told stories to journalists to goose up their own standing with the president and to take their rivals out at the knees. This—as Wolff’s book makes strikingly obvious—has created the antigravity field that now envelopes the American political sphere. From one week to the next, depending on who is most aggressively leaking, Bannon is up. Bannon is down. Tillerson is on his way out. Tillerson is here to stay. Kushner is dead. Long live Kushner.

Trump, meanwhile, thanks to his constant need for approval from the country’s most powerful and well-connected, appears to have became the source for a swarm of headlines, some of them contradictory, about the inner machinations of the White House. This is due to his need to air grievances to a phone tree of billionaires that he works his way through every night from his bed, with his three televisions flickering at the other end of the room. Think of it: hours of complaining from the world’s most powerful man in “private” conversations that have undoubtedly fed the front pages of the New York Times and Washington Post for more than a year. It’s not a stretch to suggest that the president’s bedtime grumblings share the same looseness with facts that his public speeches do, except journalists’ willingness to decry “fake news” can sometimes be muted when they’re given a scoop that originated directly from within the White House.

Wolff has been a target of an intense discussion about how accurate his book is. “Fake,” “untruthful,” and “phony” are three hard-working adjectives trotted out by the president to discredit the book. And some of its subjects have been quick to question the details of Wolff’s tome. Maggie Haberman, a Times reporter, took issue with a handful of factual inaccuracies with Wolff’s recounting of some of the details of Trump’s first year. One anecdote recounted how Post reporter Mark Berman was present for a breakfast of movers and shakers, but it turned out that the Berman in attendance was Mike, a lobbyist, not Mark, the reporter, as Wolff later admitted.

Those mistakes are bad, but not fatal, and don’t necessarily undercut Wolff’s journalistic work itself. That said, Wolff has long known to sacrifice the nitty-gritty of a situation for the benefit of a more succinct and tightly wound narrative. But suggestions that he invented responses or took excessive dramatic licence in recreating certain scenes appears to be belied by the fact that Wolff was bold enough to use quotation marks for some of the dialogue—sometimes punctuated by ellipses, which implies that Wolff has, as he has suggested, recordings of these conversations.

But the administration has questioned the veracity of Wolff’s work. Trump says he never spoke to Wolff. Wolff says he spoke to Trump. This is what has made the presidency the anathema of normalcy, stability, and consistency. Over the course of the day, something can be simultaneously true and not. A senior administration official may have said something to a reporter and, at the same time, not. The president utters a brutal personal attack on an ally and denies the statement the next day.

Wolff and Trump are made for each other. Trump’s uneasy relationship with reality has collided brilliantly with Wolff’s airbrushed narrative building. Wolff’s indifference to the finer points of policy and statecraft are also a perfect parenthesis to Trump’s own ambivalence towards the nitty-gritty of leading the world’s only superpower. In the end, Wolff’s willingness to take the word of White House sycophants to sketch the media’s own gullibility makes Fire and Fury a fitting coda to an improbable year. The mere fact that the book exists is, in so many ways, enough.