Do Police Care As Much about Protecting the Public As They Do Themselves? | The Walrus
Skip to content 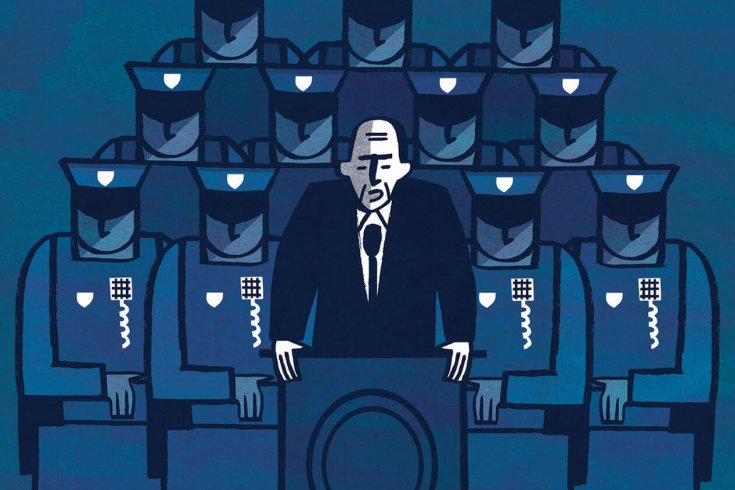 David-Hughes Lacour, seventeen, had just dropped two girls off at a high school when Éric Deslauriers, a sergeant with Quebec’s provincial police force, spotted him in the parking lot. The red Mazda that Lacour was driving had been reported stolen in Sainte-Adèle, a small town outside Montreal. Deslauriers called for backup and parked his patrol car across the exit to prevent an escape. But, instead of waiting, he stepped onto the icy lot, drew his 9mm Glock, and approached the teenager from the driver’s side. Lacour revved the engine; after initially raising his hands, he accelerated.

Three months later, Deslauriers was back to work; ten months after that, Montreal police charged him with manslaughter; and, last fall, a judge declared him guilty. (Deslauriers is appealing the conviction.) But the provincial police association—the labour organization representing the rank and file—never stopped defending the disgraced officer, calling the judge’s decision “incomprehensible and unacceptable.” Deslauriers, a statement from the association said, was an “excellent” cop.

Last month, citizens commended the restraint of Constable Ken Lam, the now famous officer who arrested Alek Minassian—the suspected driver of the van that killed ten people in Toronto in April—without firing a single shot. This praise came partly because of the increasing public perception, here and in the United States, that police have gone rogue—and they are subsequently defended by their powerful associations, which often refuse to co-operate with investigations into misconduct and criticize any resulting criminal charges. Recent events from across the country show associations reacting with similar denials to allegations of brutality, systemic racism, and mistreatment of the mentally ill—and they have been largely dismissive of independent oversight.

Over the past eight years, for example, the Toronto Police Association (TPA) has vigorously endorsed its members’ actions during the infamous 2010 G20 demonstrations, which included officers hiding their name tags and assaulting protesters, and it has tried to halt subsequent legal proceedings against police. It has defended the practice of carding long after it has been shown to focus on people of colour, and it has backed multiple officers involved in police shootings—even James Forcillo after he was convicted, in 2016, for fatally shooting Sammy Yatim on a Toronto streetcar.

A police association isn’t quite a union—it can’t organize a strike. Still, it manages internal grievances, negotiates salaries, and raises safety and staffing concerns. These tasks were originally an association’s entire purpose. But, over the past decades, the role of police in society has become increasingly politicized, and it seems that mission creep has set in for these organizations. Today, as more and more studies, government reports, and protests target police misconduct, efforts by associations to defend their members have caused many people to lose confidence in the institutions altogether. A survey last fall found that three-quarters of Torontonians believe the TPA “cares more about its members than it does about citizens and policing.”

The first police department in Canada was established in Toronto in 1834. Back then, society’s “watchmen” were most often backed by those who valued the preservation of the status quo—often, in effect, an officer’s role. Cops enforced racial segregation—for example, by jailing Viola Desmond for sitting in the “white” section of a Nova Scotia movie theatre in 1946. They enforced drug laws targeting Asian Canadians in British Columbia and took Indigenous children from their homes to residential schools. The North-West Mounted Police, later renamed the Royal Canadian Mounted Police, suppressed Indigenous rebellion in the Prairies.

In the 1960s, US activists began demanding that officers be held accountable for allegations of racism, and police associations did not welcome the change. New York’s Patrolmen’s Benevolent Association boss said, in 1966, “I am sick and tired of giving in to minority groups, with their whims and their gripes and shouting.” The same conversations were happening in Canada. After two black Ontarians were shot by police, in separate incidents, in 1988, the city established a task force on “race relations and policing” and a civilian-led Special Investigations Unit. This was the first time that police were expected to answer directly to the public. Over the following decades, independent oversight bodies were established across the country; police associations largely responded to their investigations by advising members not to co-operate. They didn’t trust, as Vancouver’s association said about the provincial investigations office last year, that a civilian committee could “properly investigate what are pretty complicated, complex, serious incidents.”

Policing is a dangerous and vital job, and many officers believe, not without justification, that they need to do everything they can to protect the public. But it’s the very belief in the job as a noble task that can make associations blind to their members’ own transgressions. In 2002, for example, the Toronto Star published a series called “Race & Crime” that explained how police were treating black people unfairly. In response, the TPA launched a $2.7 billion libel suit, which was eventually dismissed by the Supreme Court. Follow-up reporting by the Star showed that the police practice of carding—arbitrarily stopping people on the street and recording their personal information—was also disproportionally affecting black people. Even though the Ontario legislature restricted carding last year, the TPA never stopped defending it as an effective technique.

“I think we can pretty much accept [that systemic racism] is a reality,” says Akwasi Owusu-Bempah, a criminologist at the University of Toronto. To acknowledge its existence would be an opportunity for police to mend relations with minority communities (and some police chiefs, including Toronto’s former chief Bill Blair, have recognized the effects of “bias”). But associations—in their attempts to defend members from lawsuits, pay cuts, and disgrace—have refused to engage; if anything, they’re making matters worse by acting on the defensive, convinced that critics are using isolated events to trick the public into believing that cops are racist. “In some cases . . . officers getting charged is only to satisfy public opinion,” says Louis-Philippe Theriault, president of the RCMP’s association. “Certain elements of society you are never going to be able to convince that you are there to protect them.”

After Abdirahman Abdi, a Somali Canadian, died in 2016 as a result of a police altercation in Ottawa, Matt Skof, head of the Ottawa association, said that race would be an “inappropriate” topic to discuss. “They’re just capitalizing on a very tragic incident,” he later told me. “To suggest that a police officer is racist is absolute bigotry.”

This divergence of perspectives came to a head at the 2016 Pride Parade in Toronto, when Black Lives Matter Toronto insisted that uniformed officers be banned from the event. Their presence, the group said, would make racialized members of the community feel unsafe. The demand led to TPA president Mike McCormack accusing BLMTO of “trying to drive a wedge” between the public and police. Suddenly, every officer in Toronto was implicated in a political battle about race and LGBTQ rights—whether or not they agreed with the association’s stance. And a celebrated community event became mired in controversy.

The actions of police associations—including their public support of individuals accused of misconduct—have made a large part of the public lose faith in police. After all, it can be hard to differentiate between a union’s stated position and the beliefs or actions of an individual member. Today, surveys show that many Canadians don’t trust or have confidence in police forces. And if people don’t feel comfortable calling for help or giving authorities the information they need, that makes Canada less safe for everyone.

Carleton University professor of criminology Darryl Davies says the solution is to introduce legislation that restricts associations’ purview to labour issues. “When unions start going beyond that [and] acting above the rule of law, it should not be acceptable or tolerated.” But, if associations do remain in the public sphere, then presidents such as McCormack and Skof need to acknowledge that systemic racism is a problem and push for more diverse hiring and better racial-sensitivity training. They should prevent unnecessary deaths by demanding clearer use-of-force protocols, improved de-escalation tactics, and more training for interactions with the mentally ill. And they should work with civilian authorities and community activists.

Joshua Ostroff is a freelance journalist based in Toronto, Ontario who has also contributed to Maclean's, HuffPost Canada, Vice, the Globe and Mail, and other outlets.
Sandi Falconer 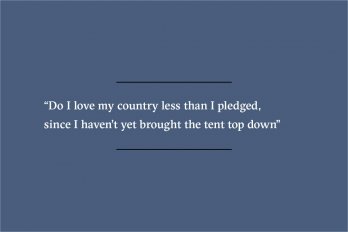 Why I Wrote a Poem Imagining Donald Trump’s Attempted Assassination 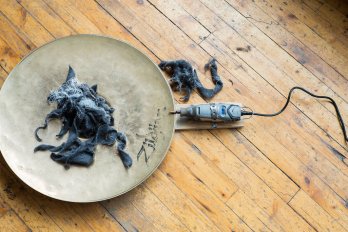 How One First Nation Artist Makes Noise With Antlers and Amplifiers 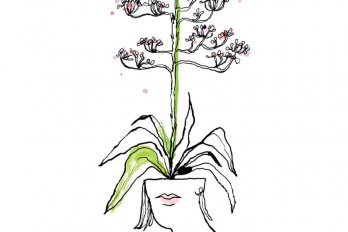