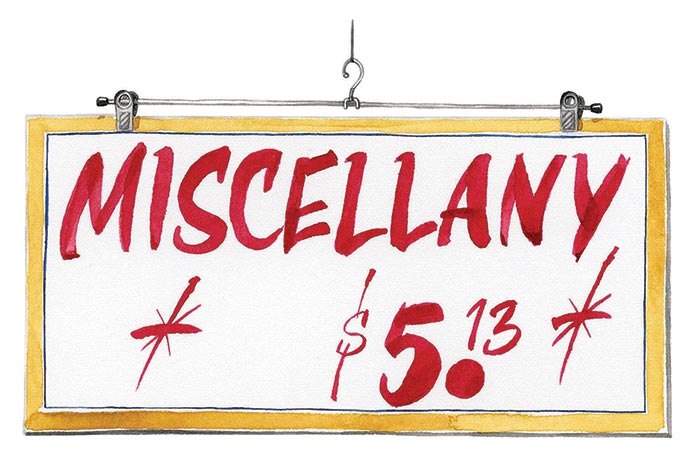 “It’s the third generation now,” says Fernand Mercier, pointing up at the five-metre wooden cross by a road leading into Mont-Brun, in western Quebec. A retired carpenter, he grew up in the village and still lives nearby. “My grandfather put up the first one. I put up the second, and the third was the other villagers. See how people look after it? ” The cross is freshly painted white, and embellished with carvings of a ladder and a lance, instruments of the Crucifixion. Two solar-powered lights illuminate it at night. Mercier says his wife, Céline Lajeunesse, arranges bouquets of flowers at its base in the summer.

Nearly 3,000 such croix de chemin dot the Quebec countryside. Ethnologist Jean Simard traces the Canadian tradition, adopted from France, back to at least the 1740s, when they were erected along the chemin du Roy, the first public road between Quebec and Montreal. Unlike the croix du sommet, which crowned topographic high points—the iconic thirty-metre cross overlooking Montreal, for example—roadside crosses were more modest. Adorned with saints and dozens of images associated with the Passion of Christ, they were usually the work of two or three rural families seeking protection from misfortune. Construction proliferated in the 1940s and ’50s, when the Vatican encouraged popular Catholic practices worldwide as a defence against the threat of Communism.

By the ’60s, however, Quebecers had grown disillusioned with persistent political corruption and socio-economic stagnation amid the postwar boom. Buoyed by winds of social and political change, as well as the Catholic Church’s own dramatic modernization during the Second Vatican Council, Québécois leaders initiated the Quiet Revolution, a period of rapid secularization and urbanization. Asked about the effect on Mont-Brun, Lajeunesse shares a memory: “When I was young, people would rent a pew, or else they’d have to stand. It was full. We would arrive early just to get a seat.” 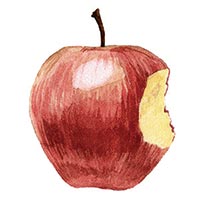 The sun also rises north of Universal Studios in Orlando, Florida, as flocks of evangelical tourists traipse through the Holy Land Experience. Owned by the Trinity Broadcasting Network, the world’s largest Christian media empire, the Biblical theme park features a recreation of the Garden of Eden, wax figures depicting the Resurrection, and a live dramatization of the Crucifixion performed daily at 4 p.m. sharp. At the Shofar Shop, customers can purchase faith-based souvenirs, including a silver-plated Ten Commandments bracelet for $16.99 (US). If such spectacles and trinkets seem tawdry, they are, in the most literal sense: the word derives from a corruption of “St. Audrey’s lace,” a garish fabric sold to country wenches at the saint’s fair in Britain during the sixteenth and seventeenth centuries.

Mercier reaffirmed his faith in the ’80s after surviving a serious illness and, at his mother’s urging, turned his attention to the family cross, by then in ruin. “My grandfather put it up because he never wanted to relive a fire that destroyed his farm,” he explains. “It’s like me. When you’re sick, you never want to relive that.” Using hand tools, he rebuilt the cross from the ground up—and six others around the town as well.

Although the number of crosses in Mont-Brun is exceptional, the restorations are not. They form part of a larger trend across the province, spearheaded by religious individuals, town councils, parish boards, and the local Knights of Columbus. Outside Mont-Brun, where townspeople gather on Sunday mornings at Tim Hortons, reaction to the movement is mixed. Four friends in their late sixties reminisce, tracing imaginary maps on the tabletop: “Remember there was a cross here at M. Lemieux’s house? ” and “Don’t forget next to the school.” One describes a flower garden that sprang up overnight around her village cross: “I haven’t told anyone that in so long! But no one planted it; there was no scientific explanation.” A woman at the next table rolls her eyes. “I’m the same age, and I barely remember the crosses,” she says. “We don’t think about those things now, because we no longer have that esprit de clocher [parochialism]. We’ve moved beyond it.”

These small-town tensions are writ large in the political arena. Ahead of last September’s provincial election, Parti Québécois candidate Pauline Marois promised a charter of secularism, which would ban religious symbols in government buildings, with the notable exception of crosses and crucifixes. “Wanting to take a step toward ensuring the neutrality of the state,” she explained, “doesn’t mean we deny who we are.” Of course, it is the question of “who we are” that vexes the province. Today, while only 24 percent of francophone Quebecers attend church monthly, more than 90 percent still identify themselves as Catholic. The government has navigated the incongruity by spending $13 million between 2012 and 2013 (and $271 million since 1995) to maintain the sites. “Quebec is the only province in Canada that puts that much money into religious heritage,” confirms Simard. Croix de chemin are comparatively cheap, and tend to be maintained privately.

In Mont-Brun, after Mercier started his work on the crosses, others began to chip in, and today neighbours often collaborate by donating materials and time. Not everyone is on board, however. Mercier recalls that one woman, a practising Catholic who had initially approved the restoration of a cross next to her property, later balked, asking Mercier to remove it. He refused.

Humanist Association of Quebec vice-president Michel Virard, who opposes the use of taxpayers’ money “to buttress religious organizations,” has become an unlikely ally in the fight to preserve the croix de chemin. In a press release, he praises them as “a reminder of strange beliefs that no longer have currency… quiet witnesses of our ever present human credulity and perhaps as mementoes about a simpler life.” That line would not sound out of place in a tourist brochure, which is often exactly the point. “It has become very popular to say that if you value your heritage, then money and tourists will come,” says Diane Joly, a heritage consultant in Montreal. Some villages near urban centres or in tourist hubs have created circuits of restored crosses to draw visitors.

“No one uses the croix de chemin for religious reasons,” confirms Simard. “The interest in them is part of our interest in antiques, in ancient things.” There is no doubt that Quebec’s Catholicism has changed significantly in the half century since the Quiet Revolution. But to treat it as a relic of the past or a pawn in provincial identity politics, as Marois is apt to do, masks its enduring presence—embodied in thousands of cross restorers like Mercier. “I have my faith,” he says firmly, “and the crosses show how I feel.” 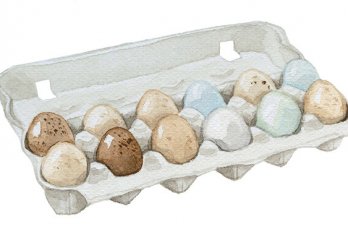