Note from the editor: The following confidential memorandum is being distributed to select publishing executives and has ended up at The Walrus offices.

Re: Tax on blank paper

background to the proposal
Canada’s Parliament is making changes to copyright laws. The last time this happened, in the 1990s, we missed a strategic revenue opportunity: private taxes on the general public.

In the late nineties, the music industry received a windfall with the “private copying tariff.” Blank CDs, which today can sell in bulk for as little as twenty-five cents each, still net exactly twenty-one cents per CD for the music industry—a tax rate of as much as 84 percent. And the music industry is well past collecting $100 million from unknowing Canadians for its own private benefit.

How is this possible? Well, Canada’s economic and political structures defy straightforward analysis. However, translating the complex formulas of econometrics into layman’s terms, Canadians are what is known as “an easy mark.” Canadians will meekly and unquestioningly accept and pay any tax. It’s in their cultural chromosomes, their national dna. They are the first people in history to oppose a tax revolt, i.e., the American Revolution. Canada’s “Loyalists” supported the British Crown that was, without taxpayers’ consent, busy imposing punitive taxes on Americans for everything from drinking tea to playing cards.

By supporting London, the Loyalists lost out in the best land grab of all time. They ended up in a much colder climate with less valuable real estate. But they slogged on, creating their own taxation bureaucracy in a logging town, now called Ottawa. To this day, Canadians loyally support tax rates that are among the highest in the world.

important precedents
Everyone focuses on the Boston Tea Party uprising against the Tea Act (1773), but the march to rebellion began with widespread rioting against the Stamp Act (London, 1765). The Stamp Act imposed a wide range of taxes on “every skin or piece of velum or parchment, or sheet or piece of paper.” It’s remarkable how the Stamp Act prefigures today’s Copyright Act (Ottawa, 1998) which, two centuries later, taxes the new blank paper of our time: from CDs and cassette tapes to portable hard drives.

The Stamp Act was eventually repealed. Aside from the general rioting it provoked, London found it impossible to enforce the tax. Tracking the intended use of every blank piece of paper was maddeningly impractical. The genius of Ottawa’s Copyright Act is that it removes this impracticality while retaining the powerfully pervasive effects of the old Stamp Act. The intended use of blank media is irrelevant; all computer users are presumed guilty. It does not matter that individuals innocently use blank media for many other things, like copying and sharing pictures from their digital cameras, or that they are used in huge volumes for business communications. Indeed, on the Canadian Copyright Board’s Web site a typical user asks: “I buy blank CDs regularly to store data from my computer. Are they subject to the levy?” The government’s answer is a simple, “Yes.” (It is followed by a clever and lengthy answer that says, in effect, “Just be thankful we didn’t make the tax even higher.”)

How did the music industry achieve this? It was done with classic and thorough public relations—the artillery of a big media campaign preparing the ground for persistent political lobbying. First, they declared a crisis. Sales were down, jobs would be lost, noble “creators” were having their property “stolen by pirates.” (Note: copyright violations are civil, not criminal offenses. However, the music industry brilliantly appropriated the language of crime and victimization.)

Then the crisis was blamed on computers. The industry didn’t need to submit any legally tested proof, it simply asserted that new copying technologies might hurt sales of prerecorded product. Prerecorded music sales have been up and down over the years. Nonetheless, the music industry has succeeded in making people believe that any time sales are down, it is because of computers. Even when sales show signs of rebounding, as they have this year, the music industry remains disciplined, saying sales improved despite computers. The news media repeat these claims, as they will any claim crafted by a professional public-relations team. In turn, politicians repeat the media’s recitation of the industry’s PR, coached as needed by lobbyists.

what we must do
Our general tactics will include conjuring up a villain (computer technology) as well as trotting out martyr figures in the form of a brand-name writer or two (Michael Ondaatje has a convincing vulnerability about him) and possibly a failing publisher (the list is long). A “literacy crisis” is the atmosphere needed for our own private copying levy. We will produce sales figures showing a decline in the sales of newspapers, magazines, and books. We’ll have statistics on declining reading and literacy. There will be massive financial repercussions, social ills, and losses. Here’s one easy example that just popped up: a National Endowment for the Arts study in the US showed a precipitous decline in reading. It was only a drop in sales of highbrow literature; potboilers and diet books are doing fine. But the media won’t differentiate. As well, we can create studies and hire consultants as “experts” to help keep the crisis at a high pitch.

The literacy crisis will be blamed not just on the Internet, but also on home printers and all-in-one scanners and copiers. We’ll emphasize that these units are among the fastest-growing new technologies, which, conveniently, happens to be true.

We have to create the image that this rapid adoption of new copying technology at home means Canadians are “stealing” copyrighted material. It is not difficult to create this image in the public mind. (Remember, the Copyright Act removes the need to prove intent.) Who among us has not photocopied a page, an article, or a chapter from some copyrighted material? More than once? Did anyone stop to consider this piracy was robbing bread from the table of a brilliant, struggling writer? That it is stealing from his publisher striving to meet the payroll of working men and women in the typesetting department and on the delivery trucks?

We will also remind people that sales of blank paper are booming. This will be attributed to the proliferation of computer printers and copiers. We can be sure that we won’t be challenged by media with any impartial data. Indeed, the only independent, scientific inquiry into the effects of private copying found the adverse effects are “statistically indistinguishable from zero.” The media has forgotten this fact, if it ever noticed.

As well, we likely won’t be questioned about other factors for our publishing industry’s own sales performance, like poor product quality, failure to adapt to changing technologies, failure to stimulate demand, changes in consumer preferences, new alternatives to our products, or, even, pricing mistakes. For example, in the music business from 1999 to 2002, the industry raised prices as new competitors for the entertainment dollar, like dvds, were consistently cutting prices—but the news reports did not mention this when reporting on the music industry’s “crisis.”

But we’ll also need to raise the spectre of powerful emerging technologies for print copying. Entire books can now be copied, printed, and bound in a matter of minutes—see, for example the InstaBook Maker (instabookcorporation.com) which is, the inventor says, “The world’s first system that makes perfect-bound books with a simple click of your mouse!” It’s not hard for people to imagine that these machines will soon be available at Wal-Mart for less than a hundred dollars.

Beyond such frightening new technologies, a flesh-and-blood villain might help, like Bob Young, the popularizer of Linux, a free server software that has “stolen” billions of dollars, say some server software copyright holders. Young has just started a computerized publishing outfit called lulu.com, which promises to help people publish entire books “for free.”

When suggesting a tax amount, we should propose a fixed fee based on the highest price in the market we can find for a ream of paper. Reams can be found for as little as $5.59 per 500, but there are many “branded” products that are priced above $18. I propose our opening number should be $4.49 per ream. We need to be bold—it worked for the music industry.

Should we fail to get a levy on reams of blank paper, our next best option is an excise tax on inkjet cartridges. (More on this in a following memorandum.)

If we succeed with the Canadian government, we may well be able to get similar advantages from the U.S. government, which is starting to take on many characteristics of the former British Empire. I must advise, however, that the one caveat in strategizing a tax on blank paper is that the Canadian forestry industry is conditioned to lobbying against unfair levies, for example, the US tariff on softwood lumber. If we show the forestry lobbyists that it won’t hurt their industry, and only individual Canadians will be paying the tax, that should suffice.

In closing, my colleagues, let me say this: be bold! Remember the Stamp Act. Remember the founding of Canada. 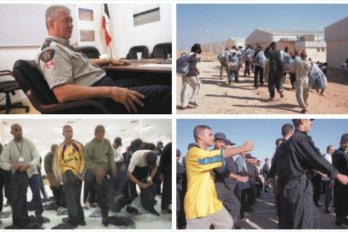 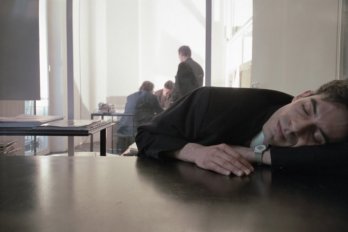 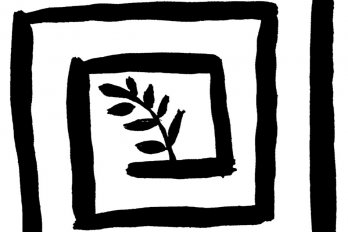