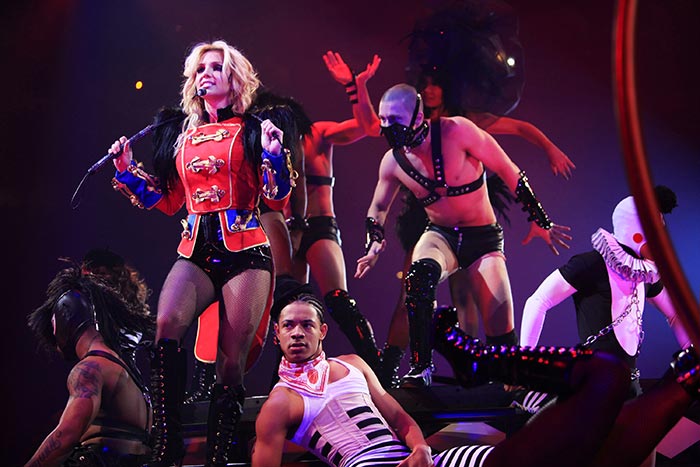 Every week, Gwyneth Paltrow sends out an email to subscribers of her newsletter, GOOP. It offers advice on lifestyle subjects ranging from fashion to detox diets, gleaned from the globe-trotting actress’s own experiences and those of her A-list friends. There are cooking tips from chef Mario Batali, DVD recommendations from Steven Spielberg, and book club picks from Paltrow’s “most literary-minded girlfriends,” one of whom is Madonna.

Almost immediately, the venture has garnered as many obsessed critics as fans. Who is Paltrow to advise normal people on how to live? “Celebrities have had their day,” sighs a reader of the Huffington Post website, which has followed the newsletter’s progress in articles like “The Real Problem with Gwyneth Paltrow’s GOOP.”

It is tempting to see GOOP, like the rise of tabloids that publish photos of every detail of the stars’ lives, as a uniquely modern phenomenon—something that could only happen in the age of the Internet, celebrity obsession, and Oprah-style over-sharing. However, a new book, When Broadway Was the Runway: Theater, Fashion, and American Culture, suggests we’ve actually come full circle to a mindset that last held sway a century ago.

Thanks to the sleuths at purseblog.com

The debate can be closed, because we have confirmed with Mulberry that the bag Kate Moss was spotted carrying was indeed a Mulberry bag. After Kate Moss was pictured with this alligator green bag, talk around the web began and the identification of this bag was on. While we were certain it was not Hermès, people began to wonder if it was Mulberry because of some leather straps looking different. But we have confirmed with Mulberry that Kate Moss was carrying a Mulberry Alligator Bespoke Bag done especially for her. The bespoke service allows buyers to customize a bag to their liking, including material and colors and shapes (though they are not currently offering alligator as a material in bespoke, but they do carry ostrich).

Written by Toronto historian Marlis Schweitzer, the book focuses on the years from 1893 to 1919, when the fledgling American fashion and theatre industries were professionalizing themselves, and when the modern consumer era was born, normalizing the concepts of advertising and shopping for pleasure. “I see a lot of parallels,” Schweitzer says of the impulse to follow the celebrity world, now and then. “The main difference is that now we have so much more information,” she says, citing websites like people.com, which delivers breaking news of celebrity haircuts. Marketing tie-ins are more sophisticated, too, as with outfits spun off from the film Confessions of a Shopaholic. Part of a promotion at Le Château, the looks have been “inspired” by costumes from stylist Patricia Field (of Sex and the City fame), and they feature in a shopping contest and window displays.

Schweitzer’s book begins with an anecdote from 1908, when an enterprising theatre manager wondered how to get more people to a New York performance of The Merry Widow. Partnering with a department store, he devised a promotion: for every woman who attended the operetta, there would be a limited edition Merry Widow hat to take home. The giveaway was so popular that it caused riots and fighting, but— no surprise, perhaps—it aroused little interest in the show itself; it was as if Andrew Lloyd Webber suddenly offered a free Hermès Birkin to anyone who sat through Jesus Christ Superstar.

On the surface, this era sounds relatively ho-hum; it has none of the glamour of fashion’s golden ages, such as the Roaring Twenties. But as Schweitzer writes, the period before World War I presaged our current fascination with the red carpet, not only in the emotional impulse to admire the rich and famous, but in the lengths to which people would go in the pursuit of style. One of its consumer milestones was when actresses, prompted by theatre managers who wanted to appeal to a wider audience, were encouraged to wear current fashions instead of costumes. Drawn by the ensembles modelled onstage, audiences began to pack performances for what were essentially free fashion shows. (Though women then were nothing if not self-starters; some sent their maids to watch productions and report back on what the actresses wore, the precursors to today’s hugely popular red carpet blogs.)

As the rapidly expanding advertising and fashion industries picked up on the potential of the celebrity as consumer guide, actresses began to endorse products, banking on their new status as “clothes artists” with superior knowledge of style and taste. In Theatre Magazine and Vogue, the day’s equivalents to Us and InStyle, actresses offered their “philosophies of dress” in a newly minted journalistic format, the celebrity profile. Thanks to press agents, stars went from being relatively invisible travelling performers to living characters on a broad stage. “We know we are going to be picked to pieces, bit by bit, by every woman in the audience,” actress Ruth Shepley complained.

From the diaries of Fanny Kemble

[Describing Mrs. George Grote] Her taste in dress was, as might have been expected, slightly eccentric, but, for a person with so great a perception of harmony of sound, her passion for discordant colors was singular. The first time I ever saw her she was dressed in a bright brimstone-colored silk gown, made so short as to see her feet and ankles, having on her head a white satin hat, with a forest of white feathers; and I remember her standing, with her feet wide apart and her arms akimbo, in this costume before me, and challenging me upon some political question, by which, and her appearance, I was much astonished and a little frightened. One evening she came to my sister’s house dressed entirely in black, but with scarlet shoes on, with which I suppose she was particularly pleased, for she lay on a sofa with her feet higher than her head, American fashion, the better to display or contemplate them. I remember, at a party, being seated by Sydney Smith, when Mrs. Grote entered with a rose-colored turban on her head, at which he exclaimed, “Now I know the meaning of the word grotesque!”

Then as now, the strength of celebrity in society engendered a debate—and quite a sophisticated one. While some critics denounced the stars’ influence (a literary magazine, The Craftsman, protested that trends inhibited women’s recently gained sense of independence and individuality), others defended shopping as an empowerment tool. Actresses themselves offered some of the industry’s best happy endings. “I dressed myself into celebrity,” bragged one Ziegfeld Follies girl.

Schweitzer’s work suggests that our present-day fascination with celebrities has to do with the twentieth-century relationship with the self. For turn-of-the-century audiences, many of whom were coming to cities (and to the middle class) for the first time, fashion served as a unique leveller, offering a way of transcending the boundaries of class and race. “An actress’s ability to maintain a fashionable façade, to mold and shape her body into an appealing form, reassured female audiences that they too might become beautiful or stylish if they worked hard enough and acquired the appropriate goods,” she writes.

That might explain why some celebrities are more beloved than others. At York University, Schweitzer teaches a class in theatre history called Highbrow/Lowbrow, and a recent discussion focused on Britney Spears. Although Spears has been through some tough times, “she’s also incredibly appealing,” says Schweitzer, “because we can see that she’s human, in a way that maybe we’re less able to see in somebody like Gwyneth Paltrow.” In other words, we’re always aware Spears is a creation: “With the right hair, makeup, airbrushing, she looks amazing, and yet we see how quickly she falls apart. And that maybe makes her much more human and more identifiable.”

One of the longest-running assumptions about celebrity is that audiences see the stars as entities to look up to—as godlike figures, royalty. Schweitzer’s book offers an alternate view. “By identifying women’s inner longings as legitimate and offering very real strategies for individual expression, [actresses] positioned women as artistic creators, producers of meaning, and interpreters of their own psyches,” she writes. In other words, in a world where stars are not born, but made, what every woman wants is not to be Gwyneth Paltrow. What she wants is to find out how to be the Gwyneth Paltrow of her own life. 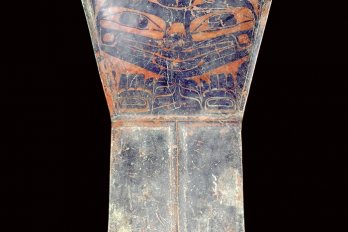