City of Lost Children | The Walrus
Skip to content 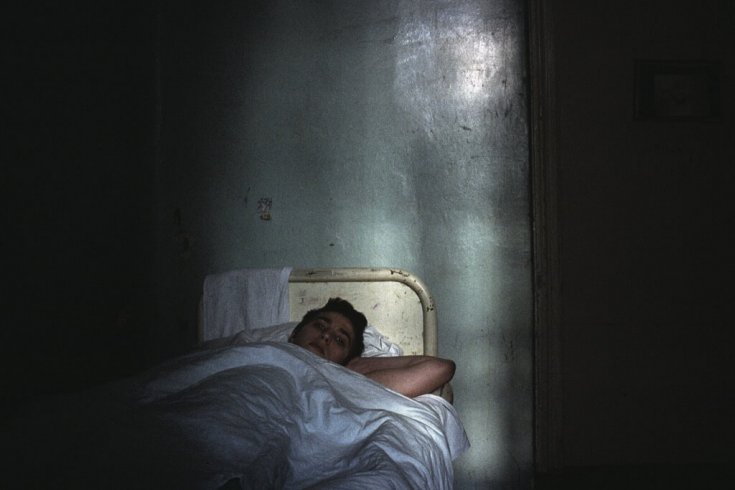 Moscow—Anyone walking around Moscow a couple of years ago was bound to be struck by the hordes of furtive, ragged kids who made their homes under train platforms, amid park greenery, or in downtown construction sites. A study, released by the International Labor Organization at the time, helped solve the mystery of where they all came from: Moscow’s homeless children, estimated to number around 50,000, were mostly from rural areas of Russia and other former Soviet republics. Half were under thirteen, and many worked as prostitutes, petty thieves, or couriers for organized criminals. Their numbers had been swelling thanks to a recent law, passed in the first flush of post-Communist freedom, forbidding police to round them up.

Nowadays, a few homeless kids still show up in the parks and underpasses in the city centre, but they quickly disappear and you seldom see them twice. Now the mystery is: Where did they go? The answer illuminates the way social problems get fixed in the New Russia of President Vladimir Putin.

The winter before last started with unusual ferocity in Moscow, with temperatures plunging to -30 Celsius after the New Year. Scores of homeless children froze to death in the streets, triggering public cries of alarm. A prominent children’s-rights group wrote to Putin begging him to take action. Putin conceded there was a problem and ordered Valentina Matviyenko, then deputy prime minister responsible for social policy, to find a solution.

Matviyenko turned for help to the Interior Ministry, which runs Russia’s police forces and anti-terrorist campaign. That may not seem the wisest choice of agencies to deal with troubled kids, but it’s not untypical of a government that has starved health, education, and social services over the past four years while lavishing thirty-five percent annual increases on national security forces. “Our country’s future is at stake,” Matviyenko told the Russian parliament, as though the homeless children had just declared independence, Chechen-style, and would have to be forced back into the Russian Federation at gunpoint. A law allowing the police to take more drastic “preventive measures” was quickly drawn up.

Yury Luzhkov, the mayor of Moscow, soon became involved. He called for a curfew law that would authorize police to lock up unaccompanied teenagers found on the streets after dark. The law was rejected by Moscow city councillors. Luzhkov then ordered police to simply round up homeless children under sixteen years old and either return them to their parents or deposit them at newly created, prison-like ‘shelters.’ Another of Luzhkov’s pet ideas aimed to transform homeless children from an urban blight into a bulwark of national security. Under a program funded by
the city government, homeless boys as young as ten are shipped to “shield and sword” programs at army camps. There, Interior Ministry troops teach them useful things like basic military training and give them three square meals a day. The idea, according to Interior Ministry Colonel Vasily Panchenkov, is to teach the boys “discipline, and how to prepare for the army.”

Most of the responsibility for sweeping up the homeless children, however, falls to municipal police officers, who now spend a great deal of time and money chasing vagrant kids. Mikhail Butz, police chief at Moscow’s Kursk railway station, says that his officers round up between fifteen and thirty kids a day in the summer months, and many more in the winter. Butz says the children are interrogated and then taken to detention centres. If no parents or guardians can be found, they are placed in state orphanages. “The mayor of Moscow is setting up more detention centres,” Butz says. “It’s a complicated problem. Nobody needs these kids.”

Several months after Putin told Matviyenko to solve the problem, she was able to report that 137,000 homeless children had been removed from Russian streets. More federal orphanages had been opened, pushing the total number to 911, housing around 200,000. Federal programs for homeless and orphaned children reached 3.6 million kids, Matviyenko told the president. Reassured, Putin gave her a promotion. She now serves as Kremlin envoy to the Northwest Region of Russia, where she’s slated to be the next governor.

A 1998 Human Rights Watch investigation described Russian orphanages as a grim archipelago where “shocking levels of cruelty and neglect”—especially for the vastly disproportionate number of children deemed mentally retarded—resemble the Soviet-era system of gulag prisons for enemies of the state. Svetlana Pronina is project manager for the Russian children’s-rights group that takes credit for having alerted the president to the problem in the first place. She has seen many of these institutions first-hand and concurs. “Only ten percent of the kids coming out of orphanages can find jobs and cope outside without resorting to crime,” she says. “Most of them are ruined for life.”

Early last summer, Valentina Matviyenko was back in the news, supervising St. Petersburg’s 300th anniversary celebrations. She was at Putin’s elbow throughout, helping him make sure that the visiting dignitaries (whoin-cluded Presidents Bush and Chirac, Prime Ministers Blair, Berlusconi, and Chrétien, and Chancellor Schröder) enjoyed the once-regal city’s spectacular beauty. To ensure that the foreign leaders didn’t get the wrong idea about conditions in the impoverished metropolis, the government erected two-metre-high fences along the limousine routes to shield the VIPs from the sight of decaying residential housing. Needless to say, the homeless children, beggars, and other vagrants had long since been swept from the streets.