Could Climate Change Kill the Christmas Tree? | The Walrus
Skip to content 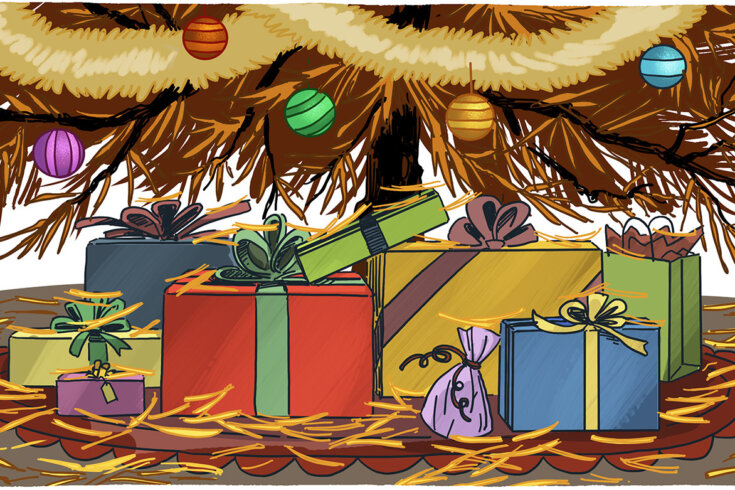 Canada has nearly 30,000 hectares—the equivalent of about three Vancouvers—dedicated to Christmas tree farming. But, after last year’s shortage—caused by a one-two punch from the supply chain and climate change—many are wondering if we could soon be forced to retire this festive staple. To find out what the future of the Christmas tree industry might look like, we spoke with Kellen Wood, an arborist who works as the grounds supervisor at the University of Guelph’s arboretum.

Statistics Canada data suggests that as of 2021, there were 20 million fewer Christmas trees in the country than a decade ago. What are growers up against?

Because of how Christmas trees are farmed, they’re a lot more susceptible to extreme weather, like the kind we’re seeing now. In a forest, trees compete for light, growing so they can stand taller than the others. That’s why a lot of them don’t have lower limbs. Christmas tree farmers, however, place space between trees so that each one gets an even amount of sun, allowing them to grow the dense branches we associate with a perfect tree.

The problem, then, is that on farms, those trees aren’t protected. In a major storm, wind normally goes over the top of a forest, causing minimal damage to the trees inside it. But exposed trees have to react, by structurally bracing themselves. That’s why you get these windswept-looking pines in nature. In Atlantic provinces and eastern United States, where hurricanes are increasing in frequency and intensity,1 stronger winds are threatening how Christmas trees grow in those areas, so farmers are more reluctant to plant them.

What about other regions of ­Canada?

In Guelph, Ontario, we had one of the wettest springs that transitioned into one of the longest droughts that we’ve ever experienced at the arboretum, where we look after over 2,000 types of trees. Last year, Alberta had one of its worst droughts in history.

During a drought, fir trees turn brown and drop their needles because they don’t have enough energy to grow new ones. If there’s too much rain, root rot can cause needles to turn yellow. When trees are stressed, they can produce more cones as a way of trying to keep their genetics alive: if the tree doesn’t survive, at least it’ll have offspring that might.

As the climate becomes more unpredictable, so does the harvest.

Climate change is causing shorter winters and longer summers. What effect does this have on Christmas trees?

Drought also causes a tree to give off pheromones that attract insects, and warming temperatures2 are creating conditions that allow them to thrive. Not only are more insects migrating north but milder winters mean that invasive species—like pine beetles—can survive seasonal changes and wreak havoc on crops.

It’s been estimated that Christmas tree prices rose by about 20 percent last year,3 in part due to supply chain issues and scarcity. Do you expect that trend to continue?

Countering the effects of climate change with strategies like pest management and irrigation systems would cost Christmas tree farmers a ton of money, further driving up the sticker price of the tree itself. Whether consumers would be willing to bear the increase is another question in itself.

According to one estimate, Canada currently exports half of its Christmas trees. Could other countries start using different types of trees for the holidays instead of paying the ­higher price?

Surely, there are great substitutes for Christmas trees. Could you put lights on a palm tree in Florida? Or an olive tree in Italy? I don’t see why not.

1 While Atlantic storms account for only 12 percent of the world’s tropical cyclones, research has shown that they are becoming more frequent than in other cyclone-prone regions, like the eastern Pacific.

As told to Nichole Jankowski. This interview has been edited for length and clarity.

Kellen Wood is a certified arborist who oversees the health of the trees at the University of Guelph arboretum.
Irma Kniivila