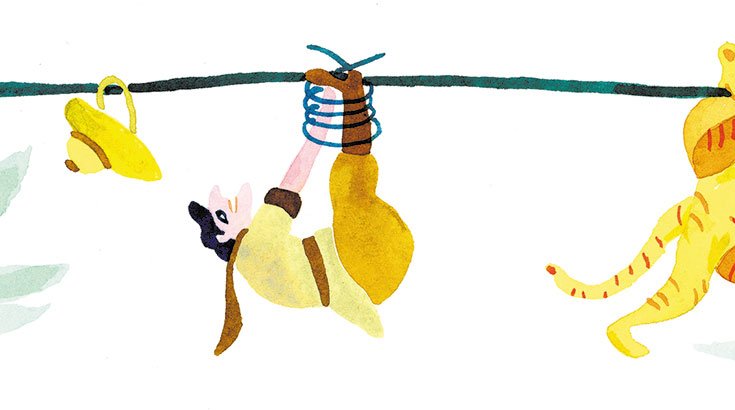 As passengers filed onto a Boeing 787 Dreamliner bound for Montreal from London’s Heathrow Airport this spring, they were unaware that they would soon be sharing airspace with British conservator Liz Branigan and one of the world’s most fragile, most significant documents. Packed in a foam-padded case and secretly stored in the main cabin, a rare copy of the Magna Carta and its counterpart, the Charter of the Forest, took flight for the first time, to embark on a four-city Canadian tour.

Travelling with such precious cargo is complicated. The documents, which are owned by Durham Cathedral, in England, are among a handful of copies that survive from 1300—eighty-five years after the original Great Charter was sealed by King John. The whisper-thin parchments are slightly yellowed and a little creased. They bear wax seals and are etched with more than 5,300 words of brown script, which you can read for yourself, if your Latin is up to scratch. For 715 years old, they are in remarkably good nick, and that’s how Branigan and her Canadian colleague, Melissa Potter, would like to keep them. After all, the Magna Carta alone is worth more than $20 million (US), based on the price an American paid eight years ago for a 1297 edition.

To prepare the relics for their public debut, Branigan designed a travel and display case to limit light and meteorological damage. If humidity dips below 40 percent, for example, the parchment could shrink. If it exceeds 55 percent, it could expand. “The real problem on airplanes is the dry air,” Branigan says. She fashioned a secure case and set of frames, based on a system she’d previously developed for the Lindisfarne Gospels—thought to be at least 1,295 years old. She began with a piece of Art Sorb, a sheet made of silica gel that is conditioned to maintain a humidity level of 50 percent. She then mounted the Magna Carta and the Charter of the Forest in trays on top of the sheet, with small holes to help equalize air pressure.

On the Friday evening in June, only the captain knew the swaddled documents were aboard the plane. For security reasons, Branigan and Potter won’t disclose where they stored them in-flight, only that the carrying case was too large for its own seat and didn’t fit in the overhead bins. Other details they refuse to discuss: what the case looks like, why the flight was delayed, the cost of insurance (one can assume it’s astronomical).

When the Dreamliner landed in Montreal, things didn’t go to plan. “The right people weren’t at the airport,” Branigan says. “And the airline attendants who were helping us weren’t trained. The case accidentally got turned upside down, which is exactly the kind of thing you want to avoid.” Luckily, the mistake didn’t dislodge the charters, which arrived intact.

Whisked by car in the middle of the night from Montreal to the Canadian Museum of History, in Gatineau, Quebec, they sat unopened for two days in an environmentally controlled strongroom. Then Branigan, Potter, and a museum conservator inspected them for new creases and ripples. The three compared their findings to photos and a condition report prepared in Durham. “We are trained to look very closely at subtle details,” says Potter, a conservator from Toronto who has worked with the Art Gallery of Ontario and the San Francisco Museum of Modern Art. This process will be repeated in Toronto, Winnipeg, and Edmonton.

The instant the parchment goes on display, the ink is threatened with accelerated fading. For the exhibition, light levels are set at no higher than fifty lux and zero ultraviolet, and the lights are shut off every night. (By comparison, levels in your typical office are close to 250 lux.) “It’s a tricky juggling act to show these documents to an audience without causing long-lasting damage,” Branigan says. Made from an imprecise recipe of oak galls and an iron compound called ferrous sulphate, the script itself is unstable and fades unevenly. Too much light means the sheets could effectively self-destruct. “The ink can eat right through, and you’re left with lace,” Branigan says.

Around-the-clock monitoring will mitigate unforeseen risks while the Magna Carta is in Canada. A specialized system that shows minute fluctuations in temperature and humidity will allow Branigan and Potter to access data graphs from their smartphones twenty-four hours a day. Slight deviations from the ideal twenty degrees are normal. “It’s bigger shifts that we’re more concerned about,” Potter says.

Potter has worked with plenty of high-profile charges before: works by Chagall, Picasso, Richter, Le Corbusier. But the next seven months will be a career highlight. “I just want them to go from place to place without the hiccups we had in Montreal,” she says. Signed, sealed, delivered.

Hattie Klotz (hattieklotz.com) has written for the Evening Standard, the Ottawa Citizen, and the National Post.
Mügluck