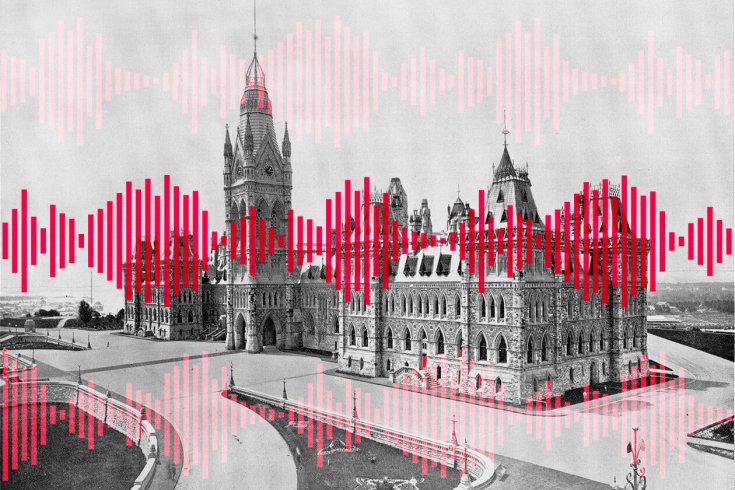 As a Canadian who studied US history at US schools, people often asked me: Why don’t you study Canadian history? The truth is that, for many years, I shared the common misconception that Canadian history is boring. This notion was informed by years of public-school education that taught a traditional narrative of Jesuits, Confederation, Vimy Ridge, and then—if there was enough time left in the semester—the October crisis. I learned little about Canada’s violent development as a settler colony on Indigenous lands. And women’s history revolved around Laura Secord and Nellie McClung, neither of whom seemed particularly interesting to me.

When it came to choosing a humanities major in my first year at McGill University, I took an introductory class in US history and was hooked. This was in large part because my professor assigned a compelling reading list—one book that still stands out is Jill Lepore’s The Name of War: King Philip’s War and the Origins of American Identity—as well as creative writing assignments, which taught me that good history relies on good storytelling.

But as my studies progressed, I began to realize Canadian history isn’t necessarily dull; we just aren’t telling diverse stories in compelling ways. That deficiency shows in our general knowledge: in 2007, the Dominion Institute—now Historica Canada—conducted a study of what young Canadians aged eighteen to twenty-four knew about their country’s past. The questions related to the topics many of us grew up learning about, such as the Battle of the Plains of Abraham, the Underground Railroad, and, of course, Vimy Ridge. Still, only 18 percent of respondents answered at least sixteen out of thirty questions correctly, leading the organization’s cofounder, Rudyard Griffiths, to conclude that “after a decade of significant investments in history education, we have failed to move the dial towards greater knowledge and understanding of Canadian history.”

A representative for Historica Canada says the organization hasn’t replicated the study since 2007, so it’s hard to know where young Canadians stand today. But, over the past decade, public commemorations of the War of 1812 and Canada 150, including battle re-enactments, smartphone apps, commemorative coins, and a contentious War of 1812 “movie trailer,” have ignited heated discussions around how our history is framed. The celebrations elicited backlash from historians and activists who offered correctives to the sanitized and simplified government-approved narratives, which focused on settler populations and diminished the histories of Indigenous and other minority communities.

This backlash suggests that countering the perception that Canadian history is boring may have less to do with increasing investment in history education than with diversifying the stories we tell and how we tell them. Here, podcasting might be Canadian history’s saving grace.

For two years, I helped produce BackStory with the American History Guys, a podcast that connects American history to current affairs. I learned how to draw on a multitude of sources to explore concepts such as political correctness, a divisive notion we can trace back to the eighteenth century—and one that continues to haunt us today. I realized then that, in many ways, history and podcasts were made for each other: privileging oral storytelling through podcasting is truest to history as it was practised well before the advent of writing or the proliferation of the printing press.

In a world steeped in text, visuals, and brightly lit screens fighting for limited attention spans, podcasts can be engrossing—and a very different experience from that of memorizing dates for history exams. And unlike television, which has a tendency to present history in cheesy re-enactments or documentaries that linger far too long on a single image of a map, podcasts are stripped down, relying only on sound. Though seemingly restrictive, the format is more convenient than using archival images and footage, which can stretch back only so far. And podcasts, unlike radio, also have no time constraints; there’s never an hour time slot, for instance, you have to fill. Instead, you can let the story determine the length of an episode, or even a series.

The medium is already working wonders for Canadian history. Take The Secret Life of Canada, a podcast hosted by Falen Johnson and Leah Simone Bowen and produced by Katie Jensen. Both performers and playwrights, Bowen and Johnson launched the podcast with Jensen last fall, focusing on topics you likely won’t remember from a Heritage Minute or your high-school history textbook.

There’s “The Secret Life of Ipperwash,” an episode that unpacks how Ontario’s iconic cottage country was created by expelling the Chippewas of Kettle and Stony Point First Nation from their land. “The Secret Life of Birchtown” challenges the notion that black Canadian history begins with the Underground Railroad. It introduces listeners to Birchtown, Nova Scotia, an eighteenth-century black Loyalist settlement, as well as the long history of slavery in Canada. And in an episode about second-wave feminism, Johnson and Bowen contextualize the 1976 Governor General Literary Award–winning book, Bear, which chronicles one woman’s sexual escapades with a bear. The hosts throw in some theatrical—and hilarious—readings from the book to honour its absurdity.

“The way that a lot of our history in Canada is curated, it seems that it’s the same types of histories that are repeated over and over again, and then there are other histories that we never hear about,” says Bowen. “So we have to start questioning and looking at that critically, of why we’re hearing some things and not others.”

Then there’s The Nameless Collective, a podcast about the oft-forgotten history of Vancouver’s South Asian communities, hosted by Naveen Girn, Milan Singh, and Paneet Singh. In the introduction, Paneet Singh describes the show as an “opportunity to provide a space for those voices, stories, and silences to be heard.”

Critics might be quick to point out that none of these podcasts are made or hosted by accredited historians. But Johnson and Bowen consult historians and acknowledge the “secret” history they’re telling is gathered from decades of scholarship. The Nameless Collective publishes notes and reading lists for its episodes, and both The Nameless Collective and The Secret Life of Canada offer critical analysis, asking listeners to consider which experiences are traditionally covered and which are often ignored. Which is exactly what history as a discipline is supposed to do.

So far, the approach is working. For two weeks last year, The Secret Life of Canada sat at number two on iTunes’s podcast downloads, beating out Oprah Winfrey’s Super Soul Conversations and the classic This American Life. As of this summer, Bowen says, the podcast has been downloaded more than 350,000 times. It’s about to get an even bigger audience. Producer Katie Jensen says the CBC has picked up the podcast, and a new season, complete with twelve episodes, will launch in the fall. (Full disclosure: I’m currently on contract with the CBC, but was not involved in picking up the podcast.)

Manjot Bains, who produces The Nameless Collective, says their podcast has been downloaded more than 6,000 times—and by people all over the globe. “The amazing thing with podcasting,” says Bains, is “people who are listening to our podcast are from the UK, and the US, and India, and Japan, and it’s an audience that I didn’t think we actually thought we would reach.”

History podcasts are also making their way into classrooms. Cathie Webb Gillespie, who teaches grade seven and eight history and theatre at Voice Integrative School in Toronto, encourages her students to listen to episodes of The Secret Life of Canada. She says podcasts are a great tool to help kids grow cognitively, because they help them focus on listening skills—and the students say they appreciate the diversity of stories Johnson and Bowen tell.

“They like the fact there’s stories about women and black Loyalists,” Webb Gillespie says, since her students, like most of us, “want their voices to be heard.” These stories, she says, act as a welcome supplement to textbooks that often feature a particular perspective. Webb Gillespie even uses the podcast to help guide her students through a critique of Canadian history textbooks, encouraging them to ask, Whose story isn’t being told here?

We study history to understand ourselves, our experiences, and the worlds we live in. In studying American history, I found compelling discussions of the things I saw in the world, including violence and oppression. Working with BackStory solidified this. Here was a group of historians and journalists committed to using history to help people make sense of everything from Donald Trump’s election to the scandal over disgraced NAACP organizer Rachel Dolezal. Often, I found myself wanting someone in Canada to do the same.

It took leaving Canada for me to see its complicated history with open eyes. It was only in American-history graduate courses that I encountered critical readings of the history of New France or the violence inherent in settler colonialism as it played (and continues to play out) on both sides of the border.

Canadian history can be told in a way that is more relevant to the world young Canadians live in and want to understand. As the renowned Haitian anthropologist Michel-Rolph Trouillot laid out so clearly in his book Silencing the Past: Power and The Production of History, a staple in many historical-methodology courses, the telling of history is steeped in power at every single level. Ignore that and you can’t have good, thoughtful history—or an engaged citizenry.

September 3, 2018: An earlier version of this story stated that a new season of The Secret Life of Canada, with nine episodes, will launch this fall. In fact, the new season will have twelve episodes. The Walrus regrets the error.