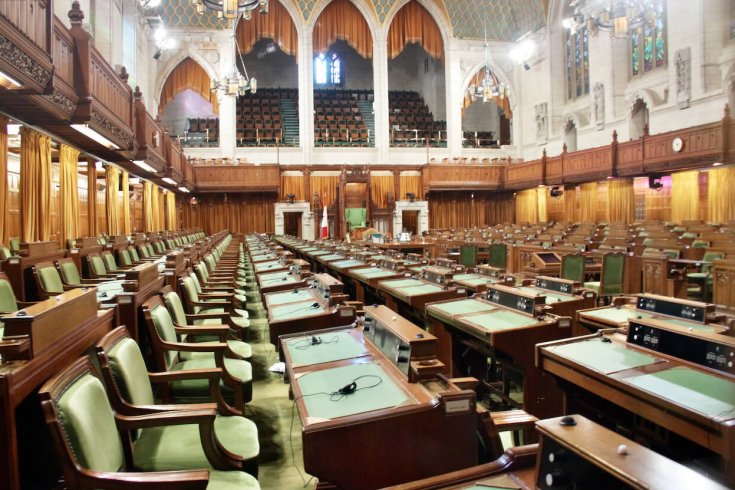 There should be a special word—perhaps one of those long German ones—to describe the complicated feeling that voters get when a politician breaks a dumb promise. On the one hand, we disparage the politician’s dishonesty; on the other hand, we’re relieved not be burdened with bad policy.

That’s my reaction to Justin Trudeau’s announcement that he is abandoning his campaign promise to overhaul our first-past-the-post electoral system. The first rule of politics—or, indeed, of anything—should be that if it ain’t broke, don’t fix it. And first-past-the-post is certainly not broken.

Let me be clear that I am not in any way suckered in by today’s Liberal eyewash. In a letter to Minister of Democratic Institutions Karina Gould, Justin Trudeau wrote: “A clear preference for a new electoral system, let alone a consensus, has not emerged . . . . Without a clear preference or a clear question, a referendum would not be in Canada’s interest.” This should fool no one.

Yes, it is true there were many flavours of proportional representation (PR) discussed in town-hall consultations conducted by MPs last year. Electoral reform is a wonky field, and every expert has his or her own preferred formula for vote transferability, run-offs, thresholds, and the inclusion of hybridized elements from within existing riding models. But it is utterly cynical to use this as a pretext for abandoning the project altogether: Just about every advocate of PR will prefer an imperfect PR system to the existing first-past-the-post model.

PR makes no sense for the Liberals, who (like the Conservatives) benefit greatly from the structure of the current system

That’s because just about any PR system will provide a greater voice for smaller parties, such as the Greens—while also weakening the ability of the Liberals and Conservatives to leverage pluralities into majority governments—which generally are the real, substantive goals of PR advocates. (In the 2015 election, the Liberals won 54 percent of ridings with only 39.5 percent of the vote; while the Greens won 0.3 percent of ridings with 3.4 percent of the vote.) Had the Liberals moved in good faith to put forward a workable consensus PR plan for Canadians to vote on in a referendum, maximizing the elements endorsed by the Canadians who had attended the town halls, I suspect few would have objected.

But instead, Trudeau bailed out entirely, as many expected he would. Because aside from giving young, idealistic NDP and Green voters an excuse to vote Liberal with a clear conscience in 2015, PR makes no sense for the Liberals, who (like the Conservatives) benefit greatly from the structure of the current system.

And the country as a whole benefits, too, because first-past-the-post assures us that, except in the rare case of minority governments, the party that wins the most seats can immediately get down to governing—without weeks of the grubby, drawn-out horse-trading you see under PR. A prime example is Israel, where the structure of the PR system requires that plurality winners must indulge all sorts of small parties that have parochial, even monomaniacal, agendas—often to do with dietary laws, settlement construction, religious education and the like.

Canada, unlike Israel, is not riven by questions of religious identity. Instead, we are consumed by matters of regionalism. And one can scarcely imagine how much more difficult it would be for a PR government to approve major infrastructure projects, such as pipelines, that span different provinces and territories. Not every decision our federal government makes is popular. But at least these decisions get made—without the drama of having this or that party threatening to withdraw their support for the government because things did not go their way.

Our political system does have problems, though they have nothing to do with a lack of proportional representation. In the modern era, power increasingly has become concentrated in the PMO, with backbenchers and even cabinet ministers restricted to mouthing a set of talking points approved by the prime minister and his aides. The only real check on this is when a policy is so hated that opposition rises up from the grass roots, online, and into the constituency office, and makes life hell for individual MPs. But PR generally weakens the connection between elected officials and local ridings (in some cases, doing away with the concept of ridings altogether) and so serves to consolidate power in the PMO, especially at election time, when ranked candidate lists are compiled in the proverbial smoke-filled rooms.

My own view is that the best kind of electoral reform would come from within the parties themselves: democratizing the nomination process so that grandees no longer can block impassioned activists and iconoclasts who challenge the party line.

Maybe that’s something Trudeau can promise in the next election. I doubt he’d actually follow through, of course—but at least this is a promise I’d want him to keep.