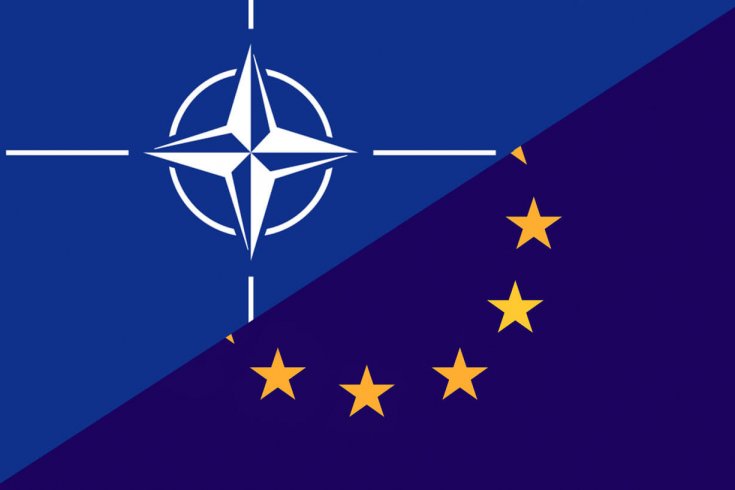 This past Sunday, Vladimir Putin achieved one of the great victories of spycraft in history. After a hacking and disinformation campaign that has sought to disrupt the bedrock relationship of international cooperation, the spoils went to the victor when Angela Merkel declared that Britain and the United States were “unreliable.” Germany’s strong connections with its two principal allies is “over to a certain extent. I have experienced this in the last few days.” Most chilling of all was her verdict on the consequences: “We have to fight for our own future and destiny as Europeans.”

The post-war alliance between Europe and North America has been one of the most powerful forces for security and stability in the history of the world. And yet who can blame the Germans for turning away? The US and the UK are unreliable. They no longer belong to the global order they once fought so hard to create. They seem to wish for anarchy; loathing for others has overtaken their political systems. The baby boomers have officially undone the work of their parents. The structures of negotiation built in the aftermath of the Holocaust and Hiroshima are rotting from within the very countries that established them.

Where does that leave Canada? For the entirety of our history, geopolitics has mostly taken care of itself. We possess very little power, and we have belonged to larger orders in which we have felt comfortable contributing our bit. We have survived on accidental good fortune that didn’t require much violence. First we were a minor part of the British Empire, backed by its vast navy; then we represented a buffer between the United States and Russia during the Cold War, which meant that America could not but choose to defend us. In this state of innocence and security, we have been consumed with questions of whether we should exist at all, not whether we needed to defend our existence.

An unreliable Britain is of course irrelevant to us—our family connection to them is increasingly a relic of history. We were always the least obvious member of the Anglosphere. A third of the country despised our connection to Britain outright. The rest embraced multiculturalism as an escape from our stultifying imperial heritage.

But an unreliable America? This is our nightmare. To strategize is more or less impossible. It doesn’t matter who we elect. It doesn’t matter what policies we enact. They’re unreliable—that’s the point. And trade with this unreliable country accounted for about $840 billion last year. We are a minor player in the collapse of the international order, but we are particularly vulnerable. Our location between Russia and the United States suddenly feels a great deal less fortunate than it once did.

And if we actually needed to defend ourselves? If our national security were no longer guaranteed by an enormous and beneficent force to the South? Last year, Canadian defense spending ranked twentieth out of the twenty-eight allies of NATO, and that was after it was pushed from 0.98 percent of GDP to 1.02 percent. Trudeau’s excuse was pathetic: “There are many ways of evaluating one’s contribution to NATO.” Like, I guess, the warmth of one’s feelings.

It would be comforting to believe that Merkel was just electioneering when she made her era-ending remarks (she did in fact quaff a pint of beer immediately afterwards which seems distinctly electioneering-in-Germany to me). The strangeness of the scene: Canadians are on the side of a beer-chugging German at a rally in a beerhall in Munich. We keep waiting for life to go back to normal. It apparently isn’t.

Before Trump was elected, I interviewed Richard Spencer—the Nazi-saluting face of the “alt-right” in America. One of the many chilling things he told me, chilling not so much for its content but for its articulacy and clarity of vision, was his understanding of the intellectual trend underlying Trump’s victory. The myth of the Second World War is ending, he told me. At this point in history, it’s hard to argue he was wrong. It was a powerful myth. I cannot imagine what will replace it.

The time has come for us to start preparing for a world where, like Germans, Canadians will have to look out for ourselves. It will be harder for us, and lonelier. We now stand at a great distance from the countries that share our values. First we will have to consider the until-now unnecessary question of what a Canadian destiny might be. Then we will have to fight for it.