Lately, I’ve been spending a lot of time in the principal’s office. My eight-year-old son, an affectionate, funny, Bambi-eyed charmer, is also a hothead. Over the past six months, he’s received one official suspension and an unofficial one, along with warnings and detentions for fighting, shoving, cursing, and kicking.

When my parents were children and even, to a degree, when I was, this behaviour was dismissed as boys being boys (girls, inclined to be more sly in their cruelty, didn’t figure much in this accounting). But my son and his friends are growing up in an era of zero tolerance for violence, where the line between aggressor and victim is thickly drawn. In the past year or so, several young people have killed themselves after facing torment from their peers, and the issue of bullying has been taken up passionately by politicians, educators, activists, and celebrities. Yet bullying is more than just a simple matter of good kid versus bad kid, as the public conversation would have it. My son, for instance, has taken his own share of licks: an older boy once punched him in the face and gave him a bloody nose; another time, a schoolmate held him down and spat on him. It shows how thoroughly we have vilified acts of aggression between children that I feel an odd relief when my child is the one being picked on. At least someone else’s kid is to blame.

Let me be clear: bullying is a serious problem, and it breaks my heart to see my son—or any child—on either side of the equation. But the current discussion about bullying reflects a generational amnesia. Kids today didn’t invent ganging up on each other any more than they did sex, drugs, or sullenness. Our anxiety about bullying seems at times like a stand-in for a more generalized angst: we feel sucker punched by the slumped economy and taunted by ever-advancing technology, pushed around by governments, banks, and our bosses. Those feelings, coupled with a near-maniacal focus on our children—the helicopter model of parenting—have caused us to shove our worries under a quick-fix banner and download them onto our kids.

Nurses are expected to show untold compassion toward patients and deference to doctors—which may mean their empathy is exhausted when they deal with fellow nurses. According to dozens of articles published in professional journals, nursing is prone to “lateral violence,” or bullying within a group of roughly the same status. These studies contend that because the characteristics required of nurses, such as “warmth and sensitivity,” are undervalued by those higher up in the medical hierarchy, nurses experience a lack of “autonomy and control” over their workplace. Some feel compelled to exert power aggressively over those equal to or just below them, such as novice or student nurses; in the United States, 60 percent of newly registered nurses leave their first positions within six months as a result of lateral violence (globally, it’s one in three). Nurses refer to this phenomenon as “nurses eat their young,” also the title of a 2005 study on the subject.

Identifying the bully and the victim proves complicated. In her book The Bully, the Bullied, and the Bystander, parenting expert Barbara Coloroso writes that “kids who bully have an air of superiority that is often a mask to cover up deep hurt and a feeling of inadequacy.” Viewed through a different lens, bullies may be victims themselves: of the school system, of their parents. She goes on to explain that bullying entails an interplay between the kids who are picked on, the ones who bully, and those who watch it happen; she calls the last group a “supporting cast.”

Culpability, then, extends to the entire community. It’s easy to recall with outrage the times we were teased or our son was called names, but tougher to admit the moments when we acted like thugs or our daughter behaved like a mean girl. The reality is that every kid can be awful and nasty and insensitive at times. The World Health Organization and the Canadian Council on Learning report that more than 25 percent of boys and 18 percent of girls in grades six through ten admitted to bullying others. Children must be taught to be kind and unselfish, just as they need to be instructed in reading and long division.

The trouble is, our solutions don’t reflect this reality. Take the proposed anti-bullying legislation in Ontario and Quebec. These bills include provisions under which bullies can be expelled from school. In Quebec, private schools can be fined for not complying with the legislation; in Ontario, principals are advised to contact police in violent cases and pursue criminal charges. These bills include constructive measures—counselling for victims, and prevention programs for all—but they have been shaped by a punitive sensibility that’s as heavy handed as elements of the federal omnibus crime bill. At least we can give politicians credit for reading the public’s temperature: two-thirds of those polled for a recent Angus Reid survey said bullying should be punishable by law, even if no physical violence is involved. In other words, the majority of Canadians think we should arrest children for meanness. Would we ever hold adults to such a standard?

We should pause to remember where bullies learn this behaviour. Historically, adults have been the worst perpetrators of violence in the education system, as the abusers of children in residential schools and orphanages, or as enthusiastic dispensers of corporal punishment. In the case of LGBTQ children, at the forefront of much of the current conversation, the worst bullies are the adults who refuse to let same-sex couples attend prom and who ban students from organizing gay-straight alliance groups. Tellingly, the loudest critics of Ontario’s anti-bullying bills are religious leaders who say they will infringe on their right to preach against homosexuality.

We have an obligation to guard children from harm. Likewise, we have a duty to help them grow up to be decent, caring adults. That we recognize bullying as more than “boys being boys” is significant; the next step is to understand what motivates it, and to avoid acting rashly in the meantime. I’m glad my son is being protected from aggression and being taught empathy and compassion. I just don’t think he should be locked up for being a kid.

Rachel Giese is the editorial director of Xtra. Her 2018 book, Boys: What it Means to Become a Man, won the Writers’ Trust Shaughnessy Cohen Prize for Political Writing. 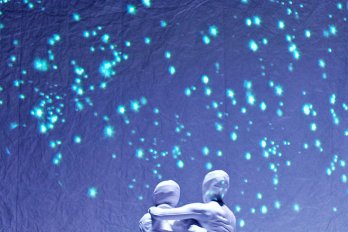