Ask a DNA Expert: What Would It Take to Bring Back the Dinosaurs? | The Walrus
Skip to content 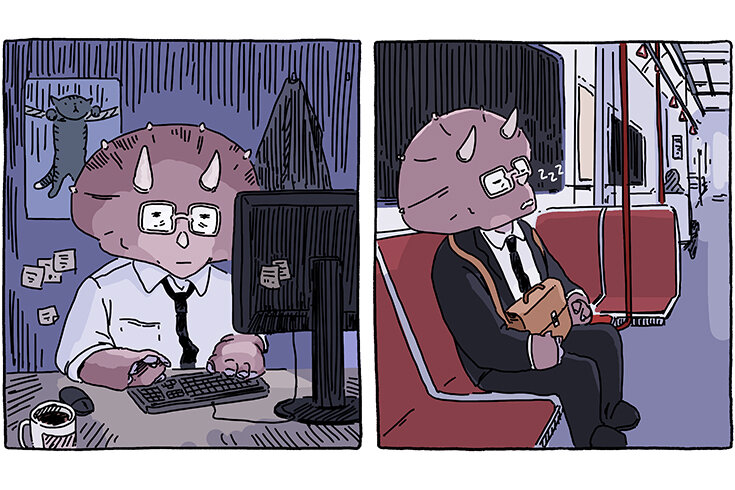 Earlier this year, scientists were able to create the first successful clone of an endangered North American species. Such advances in technology have led many to wonder whether we could do the same with extinct animals, even woolly mammoths and dinosaurs. We asked Hendrik Poinar, the director of the McMaster Ancient DNA Centre, what it would take to achieve de-extinction.

What’s involved in trying to clone an animal?
All living creatures are composed of DNA. When an animal dies, DNA remains in parts of its body, which scientists can extract and use heat to pull apart.1 Those strands can then be divided and copied over and over again—like a genetic Xerox machine. An animal’s genome, or the complete set of its genetic information, is made up of millions of DNA strands, and scientists must determine their exact sequence to make a successful clone. Being able to sequence to this depth and completeness is something that, in the late ’90s or early 2000s, we never thought would be possible. In fact—and this is painful for me to admit—my entire PhD thesis would have been completed in less than thirty seconds on a current DNA sequencer.

If you’re able to create a copy of the genome, you can then place the modified chromosomes into an egg cell of a very close living surrogate, which can carry it to term. A modified mammoth genome, for example, could be implanted into an Asian elephant.

What about really old DNA? Is it possible to extract it from ancient species?
In the ’70s and ’80s, research suggested that DNA older than 100,000 years was beyond the limits of detection. But, in the decades since, we’ve discovered easily reproducible 700,000 and million-year-old DNA that’s been pulled out of horse and mammoth fossils. How long DNA can last is completely relative to its environment. A mammoth that lived in the cold and dry north Yukon 50,000 years ago will be much better preserved than a fifty-year-old horse buried in Lake Ontario. It’s just like with peas: the ones in the freezer are going to look more appetizing than the ones that have been left out in the backyard and exposed to -humidity and precipitation.

Could we ever clone a dinosaur?
My father led a research project in the ’80s that inspired the science behind Jurassic Park.2 After the movie came out, I was interviewed on NBC alongside Steven Spielberg. The host asked whether something like this could ever happen, and my response was no—the DNA is too degraded. When Spielberg was asked, he said, “This is the science of eventuality.”

Scientists have warned about dangers associated with cloning. Should we be worried about de-extinction?
There are species facing extinction because of climate change, and adding diversity back into an existing population can have value. Ancient species are different. I think bringing them back for the sake of fascination is a bad idea. Scientists may think they understand the behaviours of these animals, but no one left notes on a cave wall explaining their daily routines. Breeding can also lead down a dangerous path. Just look at dogs: we have all these purebreds with breathing problems, dysplasia, the list goes on. Around 99 percent of all species that have lived have gone extinct. We should leave them in the past.

1. In 2009, scientists came close to achieving de-extinction. They were able to clone a Pyrenean ibex, a type of mountain goat that went extinct in 2000, but the animal died from a lung defect within minutes of being born.

2. The ground­breaking research, published in 1982, examined DNA fragments in a fly trapped in 40-million-year-old amber.