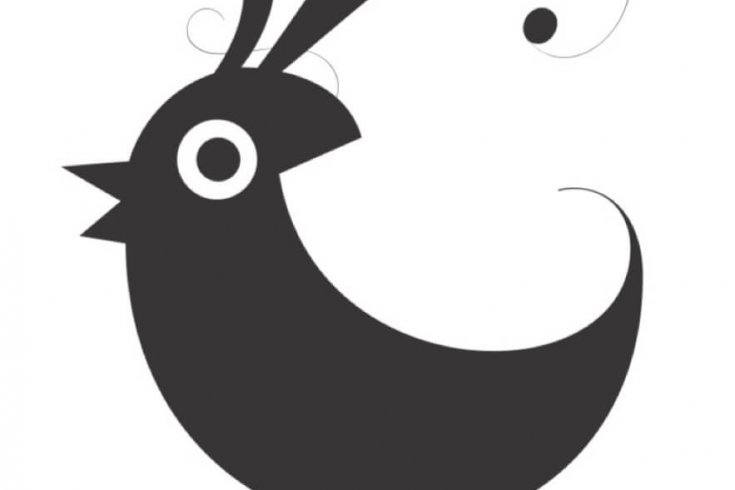 Peter karsten first heard the Pekin robins sing through the blowing snow and fading light of a prairie February. It was his favourite time of the day, when the zoo was closed and his staff had gone home. After finishing his dictation, the zoo director wandered along the empty paths, past the carp pond in the children’s zoo, and through the aviaries, where a pair of Pekin robins sat on a perch, grooming and calling to each other. “My goodness,” Karsten now recalls, “I was so taken by these birds.” It says much about the man and his affection for animals that after thirty years working at the Calgary Zoo he could still delight in birdsong.

When Karsten retired to Denman Island, British Columbia, in 1994, he thought he might like to keep a few of the tiny softbills. His original plans for the birds were modest: he would erect a Zen garden, sit on a bench, and meditate on their song. By 1998, a year after the Pekins were named an endangered species, he had obtained a pair through a conservation centre in Victoria, dug a watercourse through a patch of greenery, carved some wood into Japanese-style sculptures, and fashioned himself a bench. But the Zen ideal didn’t last. “I took the bench away because my friends ridiculed me,” Karsten says, laughing. “They didn’t believe I could sit on this bench and stop moving.”

Indeed, the German transplant believes in work, not rest. He and his wife, Margrit, immigrated from Göttingen to Calgary in the 1960s, inspired by cowboy dreams of the Canadian West. He’d aspired to be a rancher, but a back injury ended that career almost as soon as it began. Eventually, the Calgary Zoo hired him as a keeper, and ten years after that as director, around the time animal behaviour scientists began concerning themselves with the social needs of captive animals. And he took up the call to replace the zoo’s Noah’s Ark approach to conservation—two of each species, a female and a male, and as many species as possible—with captive breeding programs, whereby communities of animals might sustain a species over the long term and support, at least theoretically, its reintroduction into the wild.

The Avian Welfare Coalition formed in 2000, partly to address the rising number of wild birds caught, sold, and bred as pets—an estimated 1.6 to 3.2 million had been captured each year over the preceding decade. While aviculture groups argue that rearing birds is an important conservational measure, ensuring the survival of at-risk species, the AWC rebuts that most birds bred in captivity occupy a developmental no-man’s land, no longer wild but far from accustomed to caged life (domestication can take hundreds of years). Even the most rigorous breeding methods cannot conserve wild species; they can only create new pets.

After admitting he was hardly the type for motionless rumination, Karsten decided to put this knowledge to good use and breed the birds. He has raised 124 Pekin robins to adulthood since 1999 and knows more about them than just about anyone. He recognizes the robin’s warning call when he gets too near a nest, and knows the squint and sulk of a bird in pain. He has learned that his birds need privacy, and nest supports, and calcium, which he injects by hand into tiny wax worms he raises himself. Three years ago, he shared all of this in a softbill breeder’s guidebook, illustrated with his own sketches and watercolours.

Captive softbills require so much time and attention, and are so difficult to find, the audience for such a book isn’t large. Out of a thriving international bird breeding community, there are only about thirty devoted Pekin breeders in Canada, with a few specialist groups in Europe and Australia. But what the group lacks in size, they make up for in enthusiasm, regularly interrupting their guru’s dinner with phone calls for advice about feeding and infections and to inquire about buying breeding pairs. He can’t breed them fast enough to satisfy demand. That said, he won’t give his beloved birds to just anyone. He wants to know first about their own aviaries, their experience, and their commitment.

On his daily rounds through the ever-expanding complex of aviaries—Margrit calls the phenomenon “cage cancer”—Karsten drops grubs, seeds, and homemade egg cake onto sliding feeding shelves. He uses a mirror mounted on a broomstick to spy on a new nest, and prepares a dead mouse for the injured barred owl someone brought him. “The Bible says one might control and use beasts. I see it totally differently,” he explains. He endeavours to serve animals, whether the birds he tends; his dog, Bicha, whom he spoils with treats like a favoured child; or the family of wild deer he feeds every morning before breakfast. Karsten considers his animal ministry a precious privilege: “To attempt it is to revere their existence.”

Marcello Di Cintio is the author of five books, including Driven: The Secret Lives of Taxi Drivers (2021), which was a Globe and Mail Book of the Year.
Ben Weeks

Ben Weeks has worked with such clients as the New York Times, Honda, and Senator Roméo A. Dallaire.