Back to the Drafting Table | The Walrus
Skip to content 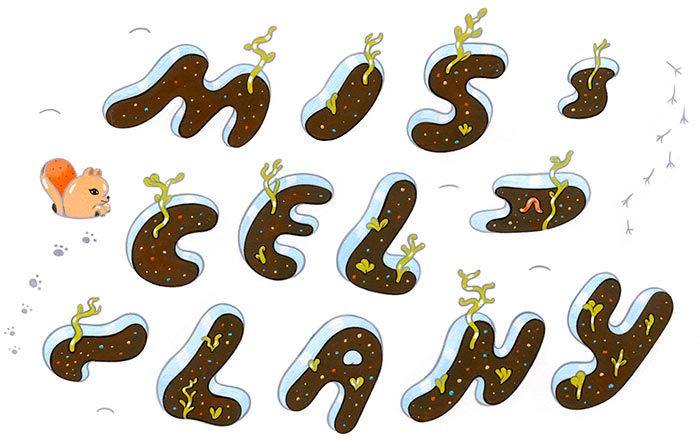 If there is one setting where architecture should offer solace, it is a funerary building. Yet most are sorry places. Hofheide Crematorium, in the Flemish village of Holsbeek, Belgium, stands as a rare exception. Situated on the northern edge of a municipality of 10,000 inhabitants, between Aarschot and Leuven, it lies low amid a landscape of gently undulating meadow and orchard. There, a meticulously designed parking lot and a newly dug linear pond run parallel to a line of trees—a modest backdrop for a structure of monastic simplicity.

I visited the crematorium on a chilly Sunday morning last November. As an architecture critic, I was intrigued by the atmospheric renderings, and I wanted to see if the competition-winning design by RCR Arquitectes of Olot, Spain, and Coussée & Goris of Ghent, Belgium, had realized its potential. But the original renderings did not show the building in its wider context: a nearby plant nursery, some detached houses, a casino called Magic Dice, and an expressway off-ramp. On arrival, I understood why; the jumble faded away when I stepped into the building.

Until recently, Belgium was considered the ugliest country in the world, to paraphrase the harsh title of a book written in the ’60s by one of its most prominent architects, Renaat Braem. Having grown up in Holland, I can remember many examples of our neighbour’s ugly, often rundown urban landscape. Back then, the architecture was clearly regarded as incidental, an opinion I have since encountered in Montreal, where I have made my home since 2012. In many ways, that city’s attitudes toward urbanism and design recall those of Brussels.

In the largely autonomous Flemish part of Belgium, though, such attitudes are changing. Flanders’ nebulous urban sprawl has not vanished altogether, but it is increasingly counterbalanced by marvellous interventions, such as this crematorium.

The building itself, constructed almost entirely of ochre concrete, is remarkable, with a covered ambulatory protected by an overhanging roof draped in weathered steel slats; like a visor, this rusted curtain frames the landscape. The interior feels equally austere, and strategically placed windows and skylights make for a serene, and hopefully comforting, ambience. The tranquility is undisturbed by the practicalities of running a crematorium-cum-brasserie. (This is, after all, beer country, where the stuff is consumed on almost every occasion, funerals included.) Service entrances, one for food and beverage deliveries, the other for the mortuary vans, are tucked below grade at either end.

Just as remarkable is how the building came about, via the mediation of the Flemish government architect, who channels public commissions through a system of limited competitions, the Open Call. Initiated in 2000 by Flanders’ first government architect, Bob Van Reeth, it acts as a service for public clients with scant experience of commissioning architecture. Practitioners from all over the European Union can express their interest in one or more projects, which the Flemish government architect announces twice a year. For those who call upon the service, the office helps them to define their needs, draw up a program, and work with architects they may not have heard of or would never dare approach.

Competitions are as much a guarantee as direct commissions for great buildings (which is to say, not at all), but at least competitions presuppose that the client understands the relevance of architecture. No other EU government has yet emulated the Open Call, but it is a wonderful way to promote better architecture. Not all of the forty or so annual design competitions culminate in concrete results, but the quality of those that do get executed—from a small school extension to huge urban master plans—is usually far above average, and much better than the dreary, unassuming public buildings Flanders was once known for. By giving opportunities to young Flemish architects, and by introducing those from nearby EU countries, the Open Call has transformed the Flemish architectural landscape, literally and metaphorically.

While the Flemish model may not be universally applicable, it could provide an example for Canada—a country not known for its public architecture. One encouraging lesson from Flanders’ recent transformation is that it happened with remarkable speed, despite the slow pace of construction. Nowadays, even tiny dots on the Flemish map such as Holsbeek boast buildings worth a field trip.

The Open Call cannot exist in isolation. Simply adopting this competition system elsewhere won’t work. It also requires the political and social endorsement it receives in Flanders. This kind of support for civic architecture still seems hard to imagine in Canada, where politicians casually reduce citizens to nothing more than taxpayers, and where public architecture tends to be seen in financial terms. From this perspective, quality can be dismissed as an expensive superfluity. As a consequence of this pervasive attitude, good architecture in Canada is too often perceived as an exception, for exceptional situations, rather than what it is becoming in Flanders: a dignified backdrop for everyday life—and sometimes, as in Holsbeek, for death as well.

Alëna Skarina counts among her clients the Globe and Mail, the National Post, and Chatelaine.