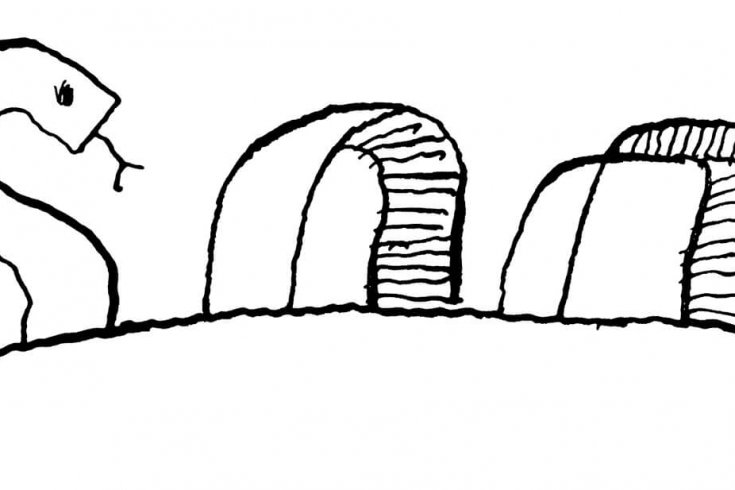 This year marks the seventy-fifth anniversary of Hitler’s invasion of Soviet Russia, the largest military confrontation in the history of our species. By the time Russian guns turned Berlin into rubble, more than 30 million people had died on the Eastern Front, having become victims of every horror known to our imagination. An elderly Walrus reader, who spent his childhood under Nazi occupation, recently remarked to me: “When there’s a terrorist attack, people say, ‘God help us. We’re living in terrible times.’ They just have no idea.”

But it’s hard to retain a sense of perspective when acts of mass murder are disseminated as multimedia events. The residents of Leningrad who starved to death during the Nazi siege, the soldiers who burned alive in their T-34s, and the Jews exterminated by Einsatzgruppen exist only in grainy black-and-white images. By contrast, when Mohamed Lahouaiej-Bouhlel drove a truck into a Bastille Day crowd in Nice, the video was everywhere.

Half a century ago, we could gird ourselves for tragedy every time we sat down to watch the evening news. “What’s different now is that we’re just scrolling through our phones and seeing updates from friends about their pets, and all of a sudden you have an auto-played video of something incredibly graphic,” said Claire Wardle, research director at Columbia University’s Tow Center for Digital Journalism, in a recent radio interview. “This element of surprise can lead to more symptoms of anxiety.”

The horror of war can bring out a nation’s best qualities—especially, as during World War II, when deep sacrifices were required of ordinary civilians. But where homegrown terrorism is concerned, there really is no “war”—just pervasive feelings of fear and helplessness that distort our sense of risk. When a single unhinged gunman killed a corporal in Ottawa, the Canadian news media responded as though our nation were under siege. Meanwhile, in the United States, scattered acts of homegrown Islamist terrorism have produced a permanent climate of hysteria and even outright bigotry. After an Afghan-American gunman shot up a Florida nightclub in June, Donald Trump declared that soon “there will be nothing left” of America and then reiterated his shocking proposal to ban Muslim immigration.

Life in the West is, by historical standards, fantastically safe. The Canadian homicide rate sits at about 1.5 annual deaths per 100,000 people—about a quarter of the global rate and half of what it was in Canada in the mid-1970s and early 1980s. Worldwide, approximately 33,000 people were killed by terrorism in 2014, the last year for which authoritative data exist. As tragic as each death may be, it’s worth considering that this terror tally represents just one thirty-seventh of the number of people who die every year in traffic accidents.

When Al Qaeda terrorists attacked New York and Washington fifteen years ago, we wondered whether this form of apocalyptic terror signalled a new normal. It didn’t. Islamist terrorists operating in Western nations never again managed to kill on that scale. As its territory shrinks in Iraq and Syria, ISIS now is emphasizing acts of random slaughter. These methods are barbaric. But the group does not present a long-term threat to Western civilization.

As Harvard University’s Steven Pinker recently said on NPR, the goal of terrorists is to “distort our view of violence”—to convince us that our once-safe world is on the brink of annihilation. And much of their power, he argues, can be traced to “a pathology of journalism.” Terrorists exploit this pathology, “knowing that it is the sudden, dramatic, violent events that make it onto page one.”

Of course, the mantra “if it bleeds, it leads” long predates the Internet. But even legacy media organizations now are becoming less selective. “Previously, you’d have cameramen and women at a scene and they’d think, ‘I’m not going to video this. I’m not going to capture this, because no news organization is going to put out this footage—it’s too graphic,’” says Wardle. “Now we have people with their smartphones capturing the very first moments after an explosion or a terror attack . . . . That’s something that a few years ago journalists would really think twice about showing. But now there’s a sense of, ‘Well, everybody’s seen that video. We should include that in our broadcast.’”

It’s time for news consumers to ask whether they really need to see every act of violence that the media sells to them as news. Would I have been a less educated person if I’d waited a few hours or a few days before viewing Lahouaiej-Bouhlel’s act of terrorism? Why did I have to watch it at all?

Scattered acts of pathological violence are part of all human societies. Just because technology now allows the media to turn every atrocity into a global electronic spectacle doesn’t mean we have an obligation to supply them with an audience.