Forests are indispensable to life on this planet. Nearly 1.6 billion people rely on them as sources of food, income, or shelter. Humans have altered over 75 percent of ice-free land on the planet with agriculture, mining, urbanization, and industrialization. And around half of the world’s original forests have been cleared, fragmented, or degraded for human use. These are hard statistics to conceptualize, especially in Canada, where forest spans coast to coast. The boreal, which is the primarily coniferous stretch of dense forest that spans the northern hemisphere above the fiftieth parallel, is a complex landscape of vibrant biodiversity supporting not only the lives of flora and fauna but humans as well.

In total, Canada has 347 million hectares of forest, some of which has the capacity to absorb approximately six tonnes of carbon dioxide each year. In a 2017 study, the Nature Conservancy of Canada and TD Bank Group concluded that the cost to society of losing the ecological services forests provide would be between $5,800 and $46,000 per hectare per year.

Yet we find it almost impossible to factor this cost into our policies and industrial choices. The arguments against preservation are usually presented in economic terms—jobs created, communities sustained, and so on. Since 2003, when the BC government voided a provision known as “appurtenancy,” wherein a company’s ability to log forests on provincial land was contingent on it running logs through local mills, the export of unprocessed raw logs has dramatically increased. The number of forestry–processing jobs has commensurately shrunk. Between 2000 and 2017, as raw log exports grew, BC forest companies’ workforces shrank by nearly half.

There is an old-style, resource-based mindset in BC—or, at least, a cynical short-sightedness. In either case, it is a tragedy that less than 10 percent of old-growth forest remains on Vancouver Island. How do we shift this mindset? Other countries have shown leadership from which Canada could learn. In the mid-2000s, Guyana’s then president Bharrat Jagdeo proposed that the entirety of Guyana’s rainforest be placed under internationally verified supervision, with sufficient economic incentives to refrain from logging. In an op-ed for the BBC, Jagdeo argued that deforestation occurs because the global economy values wood products that can be sold after trees are killed rather than the services provided by trees when they are alive. The “frequent proposals” from investors to convert Guyana’s forests into land for agriculture or biofuels would be, as he said, a “quick way to meet the development challenges [Guyana] face[s].” Jagdeo took the long view. In November 2009, Norway signed an agreement that provided investment of $250 million (US) to preserve rainforests in Guyana over five years—a move hailed by the Independent as “one of the biggest forest conservation deals ever signed.”

There is some good news in Canada: along BC’s coast, where temperate rainforests contain more biomass—the total quantity of organisms—per hectare than any other ecosystem in the world, local communities are setting examples for the preservation of our invaluable forests. Port Renfrew, once solely a logging town on Vancouver Island, is now being transformed into a destination—“Canada’s tall tree capital”—largely because of Avatar Grove, a protected sliver of old growth, and Big Lonely Doug, a 1,000-year-old Douglas fir spared by a timber worker whose singular decision turned this sixty-six-metre tree -into a symbol of old-growth preservation.

Thanks to support from the town’s chamber of commerce and local businesses, ecotourism is booming. And, in 2016, the provincial government signed an agreement with over twenty First Nations to protect 85 percent of the Great Bear Rainforest, which covers 6.4 million hectares. The other 15 percent remains available for forestry but is subject to ecosystem-based management, designed to protect both cultural and ecological values. While the agreement has been subject to criticism—primarily by those concerned that it fails to protect specific sites and habitats—it is a model of partnership between government, industry, First Nations, and environmentalists.

The conceptual idea behind the Anthropocene epoch is that humans now change the Earth and its systems more than all natural processes combined. But this doesn’t always have to mean the rapacious consumption, displacement, and destruction of all other life on the planet. It can—also mean awareness of our giant footprint and our responsibility to mitigate it. A moratorium on logging old-growth forests in BC and the rest of Canada as well as systemic and sustainable policies for our logging industry feel like fairly obvious steps. So why do we continue to cut old-growth trees in Canada?

This article originally appeared in the November 2018 issue.

Their new project Anthropocene includes a documentary film (ANTHROPOCENE: The Human Epoch) which is now playing in select Canadian theatres, two complementary museum exhibitions now on at the Art Gallery of Ontario and National Gallery of Canada, and an art book published by Steidl.
Jennifer Baichwal 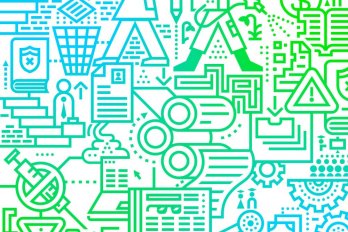 The Rise of Junk Science