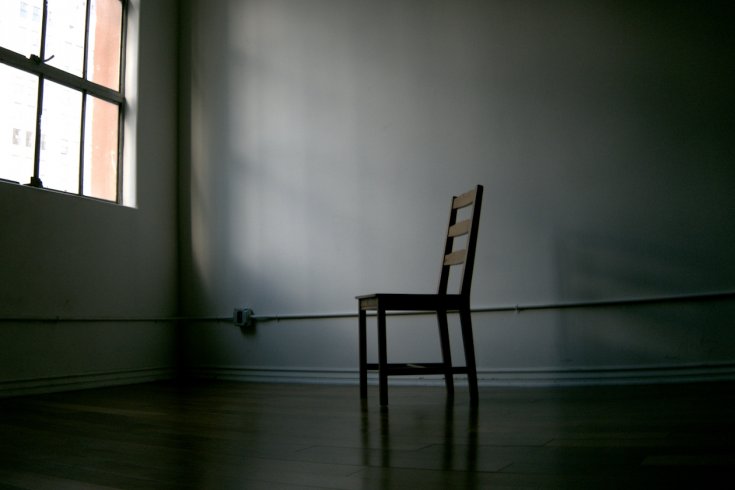 Many years ago, when I lived in Toronto, I worked for a psychiatrist and psychologist. Sometimes, I would have to rush off to deliver a Form 1—the form that police need to enter a residence because someone is expected to have hurt themselves. One time, after handing the form to police officers, I stood under a balcony, wanting them to hurry up, and feeling proud; though what I could do in these circumstances was small, it was important. A friend once asked me, after one of those days, “Do you think this traumatizes you?” “No,” I answered. “It helps me to be able to do anything at all for someone in so much pain.” “But sometimes,” I told her, “I wonder: What if I don’t get there in time? What if I make a mistake?”

I now work as a writer and professor at a Canadian university, where, for the last two years, I’ve volunteered on three different committees in sexual-violence prevention. We develop policy for managing complaints of sexual violence, create educational materials, and support conferences that bring together people involved in sexual-violence prevention. We also approve funding for projects, such as training for security personnel or visiting speakers.

Outside of those formal capacities, I might walk a suicidal student to counselling. Or I might reach out when a friend or colleague appears to be in distress or when I suspect, because of something in the news, that they might be reliving trauma. I did that a few weeks ago with someone from my writing community. When she did not answer my emails, I thought, “Do I need a Form 1? Is there a reason she can’t answer me, right now?” I scrambled to locate a mutual connection, just to find out if she was alive. And then I felt furious that I had to do that. A lot of sexual-assault complainants feel abandoned because colleagues rarely believe them and won’t risk breaking with powerful friends. It’s easy to ignore something, or to assert your right to wait under the pretense of due process. But it is hard to successfully respond. Sometimes my work supporting complainants means helping them find the resources they need. More often, I listen.

I spend hours and hours listening to the most devastating stories, many of which involve multiple cases of violent sexual assault as well as gaslighting, verbal abuse, and coercion. It has given me an excruciating, detailed understanding of what happens during sexual assault, why it continues, what the stats are. I know that 83 percent of disabled women will be sexually assaulted, half of all sexual offenders are married or in long-term relationships, and 57 percent of Indigenous women have been sexually abused. I know that marginalized people are the most vulnerable, and most vulnerable of all are trans women of colour and Indigenous people. I know that the legal system does not work and that if you cannot believe and support victims of sexual violence until you see a guilty verdict, you will never ever help them in time.

This work involves risks for me, professionally and personally. When I talk about sexual violence, I often receive threats to my career and my person from anonymous men’s rights activists, internet trolls, and even from people I have been close to as friends. I sometimes think it might help victims, as well people who do the kinds of work I do, if I explained publicly why I do it and described my own history of violence and harassment.

Ever since Tarana Burke first created the campaign in 2007, I have been using “Me Too” as a quick password to show victims I am an ally, a safe person. We are now in a different phase of the campaign. The social media eruption of the hashtag has been, for many women, a way of fighting back against the annihilating isolation of sexual violence. I am impressed and heartbroken reading all the #MeToo confessions in my Facebook feed. And while I think about contributing something, I have always felt that my reasons for what I do are my own and I don’t care to share them broadly. I worry that critics will tear apart my stories and that it will be painful for victims to watch it happen. Critics, after all, like the opportunity to discredit personal experience by calling it anecdotal or a matter of different perceptions. If I draw out detractors by sharing, I risk others as well as myself. That is how many of us in sexual violence prevention talk. Everything we do has risk. Is it high risk or low risk?

But sometimes risks have to be faced given how much education still needs to happen. While the #MeToo movement has made the ubiquity of sexual assault and harassment impossible to ignore, people still ask me sincere questions that show they haven’t been paying attention. A very dear friend, a man who is utterly empathetic and caring, asked me over a dinner recently, “Do young women really not know to go to the police? Do they really not know if they have been assaulted?” I gave the speech I always give. I give it so often I can’t hear myself anymore. I said it is possible to not be sure. It’s not because they are young; it’s because they are powerless. They fear that a part of their life might disappear if they speak about the assault. They are hurt, but they don’t want it to be true.

I didn’t tell him that this exact uncertainty had reached me again not long ago. Last year, I was groped in a crowded room by someone I knew well and whose partner I love. I looked around the room as he held my breast. I saw that no one was looking our way, and I wondered what was happening. Later, at home, I sat beside my husband as he watched TV. Just when he stood up to go to bed, I told him what happened. He sat down again and said, “What?” And I went over the incident, as plainly as I could, afraid to embellish. I said: “Could it be an accident? Is it possible to hold a woman’s breast for four to five seconds and not realize it? Could he have been so embarrassed he could not say anything? What should I do?” I decided not to confront but to process what had happened. In the meantime, we decided we would stay close to our children and watch for any “accidental” touching.

That weekend I was supposed to be at a literary festival I had helped organize. On the first day of the festival, I couldn’t get past my severe anxiety. My hands and legs were shaking, and I couldn’t leave the house. On the second day of the festival, I forced myself to go, even though I was still afraid I would say or do something stupid, act strange. Late that night, I told one of the other organizers what had happened. She said everything right—but I still thought she didn’t believe me. I’m not even sure that I do. I am forty-five and a feminist and I know everything about sexual assault and I am totally shaken. Am I being hysterical?

That doubt is why rape culture works so well on victims. Because it’s more beneficial to disbelieve even yourself than to risk saying you were raped or sexually assaulted or sexually harassed—even though it’s real. Because it would be better for everyone if it wasn’t real. The #MeToo movement has demonstrated that rape culture is everywhere. Everyone is involved. It is systemic—which is to say, all the systems are set up to support an environment in which it is easier to stay silent than to ask for help or to offer help.

Some media conversations are now starting to turn to due process, because it’s an issue that would appear to unite all our interests. Don’t we all want a fair trial? Due process arguments, however, pretend that we will find out the truth if we “wait and see”—in other words, if we hold off offering support to victims, we become an extension of the courts, which presume innocence, and thus support justice. But in a culture where we know the likely outcomes of that justice—the least powerful will be punished out of sight, and there will be no legal consequences for the most powerful—due process becomes a commitment to changing nothing in our communities. When we stake our social and cultural capital on “wait and see”—which often involves framing complainants as lying or misguided—victims become isolated, and other victims see that. Everyone becomes less likely to speak out.

If I understand that mindset, it’s because I’ve sometimes been guilty of it. So here is my #MeToo—though a very different one. I, too, have isolated victims by being complicit in silences. I have stayed silent for years about assaults on my body to protect the reputations of people who hurt me. But worst of all, I waited too long to believe people in situations when the accused was my friend, and so I provided a shield for abuse. I know that some young feminists fear that older feminists, like me, cannot see them and do not care what happens to them. I am writing this to speak to everyone who is afraid that no one will come if they are hurt. In my volunteer work, I feel an enormous pressure to get it right, and there are so many pressures that make it difficult to get it right. I fear failing people who are primed to be failed and who have already been told no one can help them.

To the people I failed, I want to say: I remember failing and not listening, and I am sorry. To everyone I failed to hear, every conversation where someone could almost tell me—I am sorry. Sorry that I answered the phone while you were gathering your courage or that I asked a question that started, “I have to ask.” I am sorry that I cherry-picked who I believed, and denied it. I am sorry that when it was my friend who was accused, I said, “I won’t abandon him.” Maybe you stopped trying to speak after you tried with me. For that, I am sorry. I believe you. I know you were telling the truth. Whether or not you believe me, I believe you.

Natalee Caple is the author of seven books of poetry and fiction and a professor at Brock University.