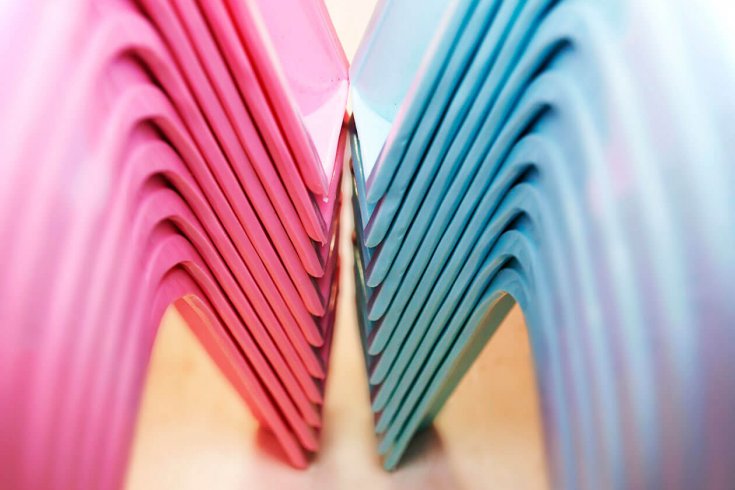 If you’ve caught Question Period lately, you might think Canada has come a long way in the hundred years since women were granted the right to vote. Interim Conservative Leader Rona Ambrose and finance critic Lisa Raitt sit opposite Prime Minister Justin Trudeau, a self-professed feminist. The contentious gender-equitable cabinet returning fire across the chamber includes Trade Minister Chrystia Freeland and Justice Minister Jody Wilson-Raybould, who lead portfolios that for much of Canadian history have been assigned to men. You might feel a tugging pride—maybe even a twinge of superiority—that comes with the knowledge that the House, like Canada itself, is a place where women fare much better than they have in the past, and certainly better than in many other countries. That twinge would be misguided.

Canadian political parties have done a good job of looking like women make up a substantial portion of Parliament, placing them strategically around party leaders in photo ops and relying heavily on high-profile female ministers and critics. But, though it’s 2016, women occupy only 26 percent of the green-upholstered chairs in the Commons, just a single percentage point increase over 2011. It’s a total that leaves Canada ranked sixtieth out of 191 countries in a study of women in Parliament conducted by the Inter-Parliamentary Union.

Despite its highly educated population and modern democracy, Canada’s poor record when it comes to having a Parliament that reflects our population starts with the number of women nominated by parties as candidates. In 2015, for example, the federal Liberals elected nearly half of the women who ran under the party banner. But since less than one third of their candidates were women, the resulting number of female MPs was fifty out of 184. The NDP ran the most women (145 in 338 ridings), but elected eighteen. (The Liberal wave washed out several of the NDP’s strongest candidates, leaving the party with forty-four seats total.) The Conservative Party more than doubled the NDP’s seat count, but women made up only a fifth of Conservative candidates, and they finished with seventeen female MPs.

Clearly, the parties need to offer more women as candidates to have more women elected. And one New Democrat MP thinks he has the solution. Kennedy Stewart is a political science professor, on leave from Simon Fraser University, who specializes in gender equity in politics. He’s put twenty years of research into a bill, tabled in the House in February, intended to encourage the parties to do better by penalizing those that don’t approach parity. As it stands, federal parties are eligible for a 50 percent refund of their election expenses, funded by taxpayers. Stewart’s bill proposes the parties lose a chunk of that refund if less than 45 percent of their candidates are female. The goal, he says, is for the parties to run slates that are 45 percent male and 45 percent female. (The remaining 10 percent gives the parties some flexibility, and also leaves room for those who identify as non-binary.) It would be up to the parties to choose how they improve the number of women running for them, or if gender is an issue they want to prioritize at all. It’s the first bill of its kind in Canada.

The size of the penalty would vary by party. By my calculation, the NDP’s 43 percent female slate in 2015 would have meant a one percent reduction, or about $102,000, based on the 2011 refund (the 2015 returns aren’t due until June). The Liberals would stand to lose 7 percent, or about $682,000. The Conservatives would take the biggest hit, a painful 12.5 percent, which means more than $1.2 million that the party wouldn’t get back. The bill isn’t retroactive, so there’s no telling how it would apply to future election results.

However, penalizing parties for systemic barriers won’t solve the problem, according to recruiters who say the challenge is convincing women to run for elected office at all. Some say it takes four or five conversations with a woman before she agrees to candidacy, as opposed to a single conversation for a man. They also say parties have to approach more women than men before they find someone who’s willing to devote her life to politics. Stewart disagrees. He says plenty of women want to run for office, but parties screen them out through official gatekeeping or members’ biases during nomination contest votes. Stewart wanted to address the problem, but found legislating quotas wasn’t an option that would garner Liberal and Conservative support. (Incentivizing parties was also a non-starter, since private members’ bills like Stewart’s can’t call for spending.)

Each party approaches recruitment of women differently. The NDP requires its local riding associations to show they’ve made an effort to seek female and visible minority candidates before a nomination can move forward. The Liberals adopted a similar technique ahead of the 2015 election, according to Status of Women Minister Patty Hajdu. The party also saw some success recently by asking its members specifically to recommend women they thought would make good MPs. That experiment ended with at least two of those women, including Hajdu, elected last October. The Conservatives don’t have a formal program in place, although several MPs have talked about being mentored through the process by more experienced politicos.

Hajdu says she and other Liberals also benefited from mentorship through the nomination and election stages, and points out there’s a complex array of factors that result in too few women in the House. “You have to create an environment that supports women, and then of course look at how that environment supports all people for healthy participation,” Hajdu said. Conservative MP Michelle Rempel explained her experience with sexism in Parliament in an op-ed for the National Post last week, describing instances of other MPs telling her to be less emotional and to be nicer, as well as an MP suggesting she aroused him when she was direct about a request.

In other words, the barriers don’t end with whether the parties encourage their female members to put their names on a ballot. Sexual harassment aside, women still earn less than men (a fact confirmed in a recent report by Oxfam Canada and the Canadian Centre for Policy Alternatives) and generally play a more prominent role as caregivers to children or elderly parents. Those factors make it harder for them to give up time and income campaigning for weeks or months ahead of voting day, says Nancy Peckford, spokeswoman for Equal Voice, a Canadian organization dedicated to helping women get elected. It’s particularly hard to make that decision for a contested nomination, since intra-party fights can be dirtier than a race between candidates of different stripes.

Equal Voice coaches prospective politicos on how to get through a nomination fight and onto an election ballot. Lisa Raitt, who was first elected in 2008, says that kind of help goes a long way to tearing down barriers to women running. The Conservative MP supports mentorship over Stewart’s proposal, which she fears could exclude male candidates who have long worked in their communities, or rush candidates who aren’t fully prepared for the lifestyle simply to hit a quota. “It has to start fundamentally with somebody wanting it,” Raitt said. “This is a job you need to want because it is a brutal job in terms of time and effort and commitments and what it does to your family.” It’s not hard to imagine the challenge of trying to raise kids while spending four nights a week in another city. I’ve also heard MPs talk anecdotally of their divorce rates being higher than average, though specific numbers aren’t available.

Despite all those drawbacks, there’s no shortage of men running for office, and Stewart argues there are more than enough women who also want the jobs. But he does admit that his bill might not be enough. The parties may have to turn to quotas or protected female candidates unless they trust their members to make the connection between a legislated financial penalty based on 338 total candidates and their own individual votes in a single local nomination. “Right now, nominations are horribly imbalanced in terms of gender. So I’m sorry that parties will have to have uncomfortable conversations with their members and their executives about this aspect of political life. But they have to,” he said. Other countries have done so successfully: Ireland implemented similar legislation four years ago, and 40 percent more women won seats in February’s parliamentary election.

Stewart’s bill, C-237, won’t come up for its first debate until May 10, and faces a lengthy process after that. Private members’ bills must overcome greater challenges than government bills; a piece of legislation sponsored by a New Democrat doesn’t have the same number of votes behind it as a bill backed by the governing party. For now, the Liberals will say only that they’re evaluating it and are “fully committed” to seeing more women run for office at all levels of government.

It’s been ninety-five years since Agnes Macphail walked into Parliament as Canada’s first female MP in a House of 235 members. Somehow, nearly a century later, Canada still struggles to elect women. “All this talk about ‘shepherding women through the process’ or that ‘the party does extra outreach to women,'” Stewart says, “it’s not working. If it was working, we’d have parity.”

Mark Carney Was the World’s Rock-Star Banker. Now He’s Ready for His Encore