A Door Opens to Canada | The Walrus
Skip to content 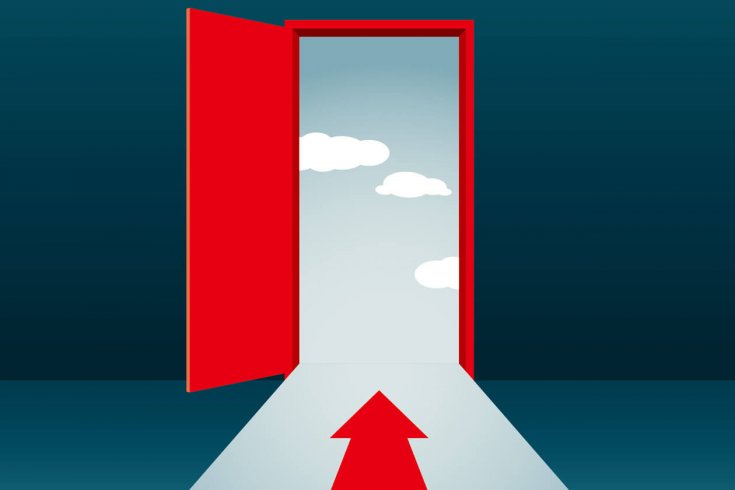 Two days after Donald Trump was elected forty-fifth president of the United States, the Canadian government quietly tweaked our immigration system to make it easier for many Americans to move to Canada. The changes first surfaced in the Canada Gazette—the dull digital publication of record for the federal government—on Thursday afternoon. The notice was sandwiched between a list of meritorious service decorations awarded by the Governor General and changes to chemical classifications in the Environmental Protection Act. There was no press release, no backgrounder, no ministerial statement. The new rules, according to the notice, would take effect Saturday, November 19.

Those rules mean that thousands of Americans currently working in Canada—and thousands more who want to move here—may be able to stay forever and eventually become citizens. Montreal immigration lawyer David Cohen predicts that young, well-educated professionals from the US with strong English skills are almost certain to meet the new threshold for immigration. “If you’re the right age, get maximum points for English, have a master’s degree, a job offer and three years work experience, you’re in,” says Cohen. “You’re going to be in no question. I shouldn’t say, ‘No question,’ but to me it looks like you would make it. Even probably with a bachelor’s.”

Some immigration lawyers warned that it will take a while to figure out the full impact of the change, but all agreed that it’s good news for Americans trying to flee the US. “It will probably open the door for people would not otherwise qualify for Express Entry under the Federal Skilled Worker or Canadian Experience Class category,” says Halifax immigration lawyer Elizabeth Wozniak.

John McArthur is exactly the kind of American who will benefit from the change. The thirty-five-year-old African American father of three young children is eager to get his family out of the US and is weighing whether to move to London, England, or Toronto. He is a certified teacher with a master’s degree in education and holds a job as athletic director of a small, private high school outside New York City. His wife is an occupational therapist. They have been thinking about moving to Canada since friends lent them an Ontario cottage as a wedding present. “It was just so different,” he recalls of his first visit. “Diversity wasn’t a problem and everyone was so friendly. We didn’t have kids then, but we thought, ‘Wow, we could raise our kids here.’”

He and his wife are appalled by American gun laws and by how many black boys are shot in the US. They decided more than a year ago that they were going to get their children out, but Donald Trump’s victory has sped up their plans. McArthur has a solidly middle class life in New York, but grew up in the Deep South, where his mother drilled into him basic rules of survival: “Say, ‘Yes sir,’ and ‘No sir,’ to the cops. Give them your license. There’s a long list of things that just don’t apply if you’re Caucasian.” He learned to avoid driving in certain counties, when to avert his eyes from white folks, to just leave when challenged on the basketball court by white teens. His family still owns the land in Yamassee, South Carolina, where two of his grandfather’s uncles were lynched. “The Klan and white supremacists are out marching, are happy,” he says, with a touch of awe in his voice. “A man became the presidential nominee by inspiring white hate groups.” He’s not the only one planning to leave.

Americans crashed the Immigration, Refugees and Citizenship website on election night. Normal traffic for the site is about 17,000 visitors, but more than 200,000 tried to access the Canadian website as the new political reality emerged from the polls. Immigration lawyers across the country reported a dramatic increase in calls from Americans this week. “We are inundated with calls from Americans trying to come in,” says Montreal immigration lawyer Daniel Levy. “I am having many unpleasant conversations because there is no real chance for many of them.” But for others, he says, the new rules will help—a lot.

Canada’s immigration system is sometimes described as a labyrinth. That’s generous. Navigating the regulations can feel more like stumbling through dark caves without a flashlight while juggling kittens. Getting permission to come into the country to work or study temporarily is one thing. Getting the right to stay is another. There are dozens of different programs that lead to coveted permanent residence status; many of them rely on a complicated point system.

The new changes won’t help just any American move to Canada. They will benefit well-educated professionals under age forty. Mexicans are covered under the change, too, but will need near perfect English to take advantage of it. Special NAFTA rules let many American and Mexican professionals work in Canada without requiring that employers try to hire a Canadian first. The exemption covers more than sixty professions, including dentist, social worker, teacher, hotel manager, apiculturist, nurse, interior designer, mathematician, and librarian.

Work permits run out eventually and then the Americans have to leave. The new rules allow Americans and Mexicans to use their existing Canadian jobs to get points—something that was banned before—and will also make every point more valuable, so even a few extra points could tip the balance on an application.

Cohen offered one example: “Let’s say a graphic designer from Philadelphia has a job offer in Toronto. He can start work Monday morning, pick up the work permit at the border, the spouse gets an open work permit, the children can study here, so they are here very quickly and they now have fifty points with respect to the permanent resident application. It will be a big help as a pathway to Canadian permanent residency.”

Its hard to figure out exactly how many Americans might benefit from the change. Roughly 19,000 people come to Canada every year with work permits issued under the special NAFTA rules. Many are allowed to stay three years or longer, so there are probably at least 60,000 people currently working in Canada with the special permits. The new rules also make it much easier for international students to become permanent residents.

Asked if the change was connected to the election in any way, Camielle Edwards, senior special advisor to Immigration Minister John McCallum says, “Absolutely not. We’ve been working on these changes since the mandate letter. This was not timed. We don’t change things on a dime.” Edwards also pointed out that the changes affect Mexican and American citizens equally. “Everyone thinks there is special treatment, but there isn’t.”

Of course, those with criminal records, serious health problems, and other regular barriers to immigration still won’t get in, even if they have enough points. McCallum has made it clear that the changes are all about helping Canada. It’s not about being nice to shell-shocked Democrats who are terrified of Trump’s America. It’s about boosting Canadian productivity and GDP. “We have committed to doing more to attract highly skilled immigrants to come to Canada and become permanent residents, because this is important to build our economy and strengthen our society,” he wrote in the official press release issued Monday.

Cohen is confident that the rules will help many Americans who are eager to leave the land of Trump. But the new rules only help as long as NAFTA holds. How long that will be is anybody’s guess.

Kelly Toughill (@ktoughill) is an associate professor of journalism at the University of King's College in Halifax.