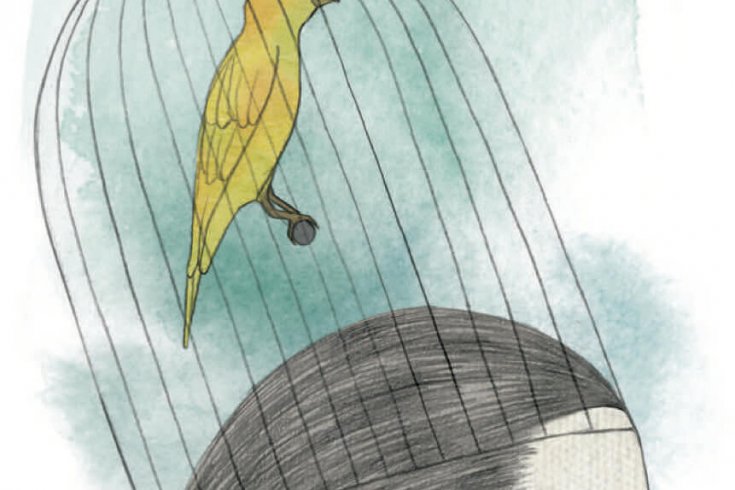 ERBIL — It is the eighth day of our sponsored junket of “The Other Iraq” (a.k.a. Kurdistan), during which we have ridden the roller coasters at a new mountaintop theme park, been paraded through tony shopping malls, and met with the region’s political, media, and academic leaders. Dusk finds us in the Kurdish capital, exploring an 8,000-year-old citadel where Alexander the Great is said to have once clashed with the Persians, when our cellphone rings. “Would you like to come over for a European drinking party?” a familiar voice asks. It is Zakaria, the Kurdish rock star–cum–nation builder to whom we were introduced days ago. Our flight to Jordan departs at 3 a.m. from the modernized Erbil International Airport, but we can’t resist. “Bring your bags,” the voice commands.

No stranger to late-night escapes, Zakaria snuck out of his family home in a less prosperous Erbil at 4 a.m. fifteen or so years ago. Fleeing persecution under Saddam Hussein, the teenage piano prodigy made his way to Sweden, where he scraped by as a backup singer in local bands. Eventually, he started writing his own music, a blend of traditional Kurdish marching rhythms and pop genres that became anthemic to Kurds around the world.

He returned to the Kurdistan Region after the fall of Baghdad in 2003 with big plans to help rebuild his homeland. Many Iraqi Kurds, along with brothers in Turkey, Syria, and Iran, grew up dreaming of a sovereign state, but their nationalist ambitions have been somewhat tempered by Kurds’ rising fortune in post-Saddam Iraq. They now control much of Iraq’s oil (if you include the contested Kirkuk region) and are friendly toward the United States. Iraq’s president and foreign minister, both Kurds, ensure that Kurdish concerns are on the national agenda.

Zakaria, who arrived on the scene with plenty of investment capital, has been party to this progress. He swiftly rose to the upper echelons of the establishment, befriending the Barzanis, Kurdistan’s ruling family, and brought international visibility to the cause. It’s rumoured that when George W. Bush visited Iraq, he met with Zakaria, who has become the primary symbol of Kurdish nationalism. As one native explained, “Imagine if you were Irish, and Bono was the Pope.”

We are soon whisked off in a convoy of four white SUVs without licence plates to meet Zakaria at Naz City, a luxury complex he built with help from the Barzanis, on the edge of Erbil, to lure members of the wealthy and educated Kurdish diaspora back home. The development consists of seven high-rise apartment buildings, an underground garage with 1,100 parking spots, an outdoor gym, two tennis courts, a swimming pool, and a twenty-four-hour security system Zakaria claims to have designed himself.

A couple of guards usher our cars from the darkness of the countryside into the electrified compound through pastel peach–coloured gates. While Naz is said to be 80 percent full — housing seven ministers, 112 members of parliament, and fifty-six university professors — we don’t see a soul until we are greeted by Zakaria’s manager at the entrance to one of the high-rises.

He informs us that the evening’s festivities will take place in the building’s model penthouse. We are given a perfunctory buyer’s tour: master bedroom with mountain view, “children’s office,” and a cavernous living room with black pleather couches lining the walls. “Did you expect to see anything like this in Iraq?” he asks hopefully. It is a question we’ve been asked continually during our time in Kurdistan, and, once again, we affirm that we did not.

Zakaria is late. We sit silently on one of the couches and stare at the steaming Kurdish barbecue prepared by his mother. When the star finally arrives, he offers us drinks from a bar stocked with Black Label, Champagne, and Chablis, and calls for his humidor. Cocky but cool, he tells us he is going to build a “medical city” adjacent to Naz, and similar compounds in the Kurdish cities of Sulemania and Dohuk. He says he’s also financing large-scale construction projects in Baghdad. If the Kurds and Arabs are ever to get along, he explains, someone needs to start building bridges.

We lose track of him when he heads off to mingle to the tune of his last album with other guests who’ve been trickling in. There’s the head of security for Erbil, the president of the Kurdistan Student Union (a breeding ground for political fervour), and a high-ranking member of the Kurdish Democratic Party — not to mention the heavily armed, Peshmerga-trained bodyguards who have protected Zakaria night and day ever since Kurdish forces discovered a death list during a raid on an Islamic terrorist group; Zakaria was listed fourth.

Near midnight, the bodyguards gather and lock arms, circling the room in a traditional Kurdish dance. Zakaria, perched on the bar, Cohiba in mouth, bellows his own name. “Zakaria!” his men holler back. He raises his hands in triumph and cries out again. Unlike Zakaria, the guards haven’t been drinking, but they are nevertheless whipped into a frenzy, kicking higher and shouting louder. The call-and-response escalates until the din surely echoes through the compound.

As our departure time approaches, we are forced into the fray to make inquiries; we need a ride to the airport. But Zakaria wants his European drinking party to continue. He pulls a cellphone from the pocket of his Italian suit and spouts a stream of Kurdish before turning back to us. “Don’t look so worried,” he says with a sly smile. “I’m holding your plane.”

A Day In Vancouver Towne 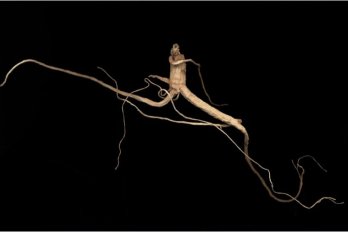 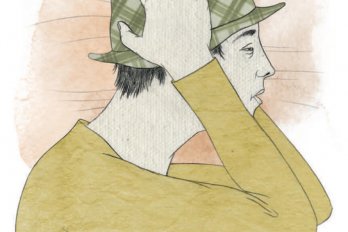 The Archipelago of Fear