Spoiling for a Fight | The Walrus
Skip to content 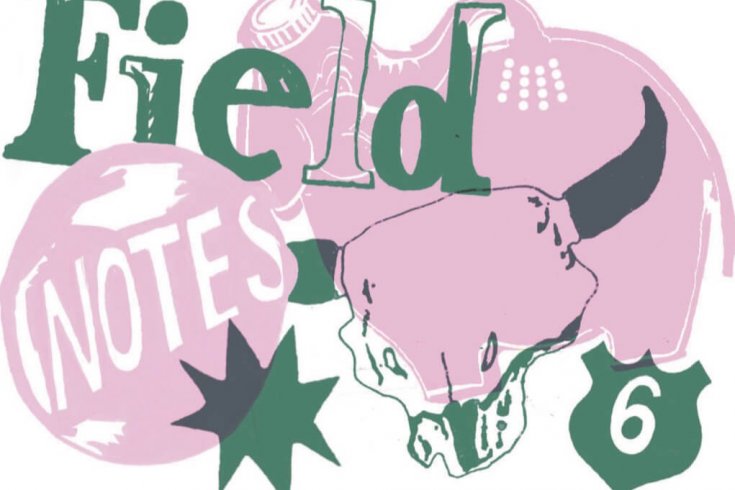 east pacific—Madness. Pure madness. The sport fisher PicaPleitos is on its way back to the fishing grounds twenty-five kilometres off Guatemala’s Pacific coast, and the math is starting to sink in. Each spear-nosed, fan-finned sailfish, our quarry today, takes about ten minutes to land, and daylight here, just north of the equator, is a fixed quantum: twelve hours year round, give or take an hour. Factoring in the lulls and the ones that get away, on a good trip like yesterday’s — when Pica and crew caught twenty-four — two, even three of the fifty-kilogram beauties will be on at a time, dancing on their tails, crossing the lines, streaking under the boat.

“Deep-sea fishing,” lanky Florida boat builder Felix Nall says as the green volcanic coastline dwindles behind us, “is periods of dozing between the troughs, followed by bursts of grinning panic.” Panic, yes: the one-day catch record here, he tells me, is something like 124.

Pica pleitos means “spoiling for a fight,” and everything on the ten-metre boat, which belongs to Felix’s friend Fernando Aguilar, has been outfitted for the supreme function of single combat between man and fish. Hemingway would recognize the passion, if not the technology.

“We use light tackle and a circle hook that doesn’t hurt the fish,” the powerfully set Fernando explains. But dead bait isn’t enough to attract these wild hunters. “Sailfish hunt with their eyes; the bouncing teaser brings them into the spread.” (The spread is the watery acreage defined by two outriggers and two hookless fishing lines fitted with bright yellow and red plastic teasers, decoys that bounce along the surface behind the boat.) “It’s a team effort,” says Fernando. “The captain up top runs the boat, the mates work the cockpit, the anglers work the fish.”

Today will be strictly catch-and-release, of course; Guatemala’s sailfish are all protected by law. They are brought up to the boat and cut loose while still in the water, a procedure that ensures the biggest stock of sailfish in the world stays that way. Good thing, too: “Pacific sailfish have bills like coarse sandpaper,” Fernando tells me. “If you grab hold of it with bare hands, you won’t be able to touch a woman for two weeks.”

Alone now except for a few seabirds, we pass a large whale, happily sporting. A humpback? The crew points, but we keep moving. We are fishing, not filming Moby Dick. Fernando and Felix don their white fibreglass “fighting belts” — oversized codpieces with a hole at the crotch for securing the rod butt, allowing the anglers maximum freedom. No chairs, no straps on the Pica. “You fight the fish with your whole body,” says Fernando, keenly watching the bubbly blue spread like his eagle namesake. “Your back, thighs, head. The sailfish is hungry, hunting. You must anticipate . . .”

“Rigger a la derecha!” the captain barks from the bridge. Fish on the right! Felix and Fernando hit the gunwales, dropping their baited lines just beyond the wake of the boat, as the two mates jerk the neon teasers out of the water. And there it is: a blue-black sail fin, streaking up the middle of the spread, deciding which juicy bait to grab first.

“Maybe it’s finally time to test some baits in a swimming pool. Outside pools in southern states are too cold to swim in now anyway, so take a few lures poolside and see what they do with different retrieves . . .If you live where pools are drained and lakes are frozen, check with the custodian of the local community center or high school. Maybe you can offer a fishing trip in exchange for an hour or two of pool time when no one is around.”

“Vela! Teaser a la izquierda!” Another sail, on the left, close. Boiling away somewhere in the bright chop. The mates dance into a frantic blur. Felix doesn’t hesitate in releasing his spool, but he sees nothing. Suddenly, both rods are bending double. Two big fish on!

Although it is a sunny day, full of rational clouds and postcard geography, we have passed into a state of mad drama. Felix’s line runs south, yet the sailfish leaps due east of the boat. Are they connected? Yes, for now he’s straining against it, staggering, laughing, keening under his breath. Reeling in, holding tight as the fish goes for a deep run. Tears burn his eyes. The spray, the delirium!

On his side, Fernando is working his fish like a twelve-round boxer, a heavyweight. His hunched torso is massive, engaged. He’s working hard, letting the fish wear itself out against his inertia, his centre of gravity. Two simultaneous battles rage: the men at the stern are locked in private paroxysms of joy and pain, while the predators fight with their own instincts.

Felix’s fish breaks off fifteen metres from the boat. “A Palm Beach release,” the Floridian says ruefully — not close enough for him to grab the leader and tally it as a real catch. But Fernando is inexorably bringing his catch to the stern.

Up close, the sailfish looks cartoonish, with its doll eyes, azure-on-indigo body, and permanent smile that ends in a sharp slash of black. One snip from the mate cuts the line. The fish disappears into an empty bubble.

“What’s it like farther out?” The sea has calmed itself after this encounter.” 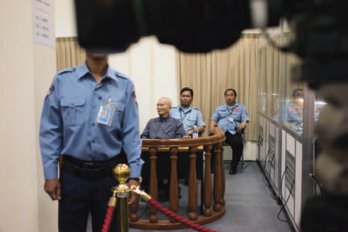 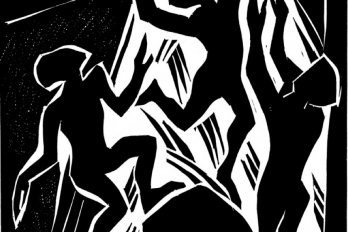 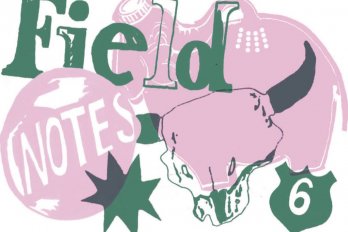