Molvanîa: A Land Untouched by Modern Dentistry | The Walrus
Skip to content 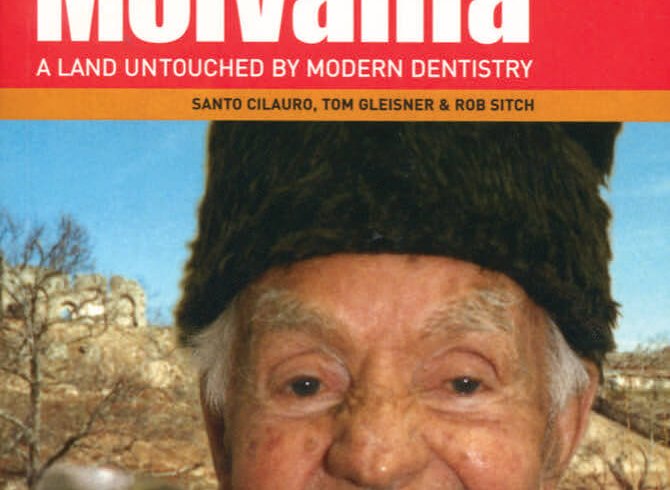 Having just returned from a trip to Molvanîa, I must say the years since the release of the last Jetlag travel guide to the country have been unkind. The trouble began, ironically enough, with the publication in Molvanîan of this very guide. Rioters, upset over frequent misuse of their language’s fourth gender — the collective noun for “cheeses” — ignited massive piles of string cheddar, leading to widespread rat infestations and the subsequent collapse of the nation’s beetroot economy.

Still, when you start out in a shambles, there’s only so much worse you can get, and this quite literally undiscovered Eastern European country remains mostly as the writers saw it. To cite but a few examples, the national space museum still proudly honours Splutfab II, which made Molvanîa the first country to land a man on Poland, and the Great Plain in the south retains its unesco status as a “site of significant monotony.”

In pitch-perfect imitation of the Lonely Planet guidebooks (almost to the point of parody), Jetlag covers practical concerns and Molvanîa’s history, customs, and sights. Also appreciated are the “Philippe writes . . . ” sidebars, which document an average backpacker’s quest for authenticity: “Why pay for a bland, westernized meal in an overpriced tourist cafe when, for half the cost, a street vendor will sell you a piece of salted cod and a bag of lemon rind?” Philippe asks.

The next edition of the guidebook will hopefully mention that some things have improved over the past few years. For one, the rat infestation has been a boon to the Vajana Zoo, already renowned for having one of the highest densities of animal incarceration in the world. And pornography, always cheap and plentiful, can now be bought (and customized) for just pennies. Best of all, the book’s insulting tag line is no longer true, thanks to a generous donation of used mercury amalgam fillings from the Canadian Dental Association. Rest assured, cda, Molvanîa’s health authorities/warlords have melted down the fillings and introduced them into the nation’s water supply, to the benefit of all.

Jeremy Keehn is an editor at Harper’s Magazine, and a former senior editor at The Walrus.