The Garden of Subjection | The Walrus
Skip to content 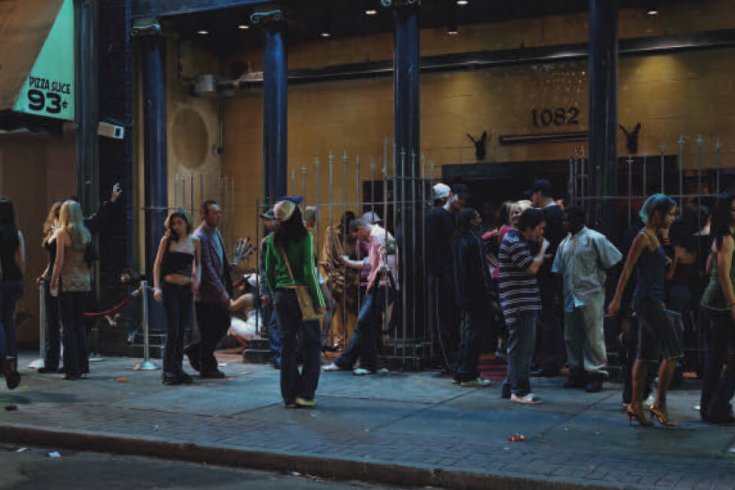 Over the past thirty years, a style of radical imagination, curiosity, and contention has flourished among Vancouver artists, with effects (international careers launched, influence flowing backward for a change from Canada’s Pacific coast to New York and Europe) that are still rippling through the art world. Jeff Wall has always stood at the source of this Vancouver phenomenon, and has been its most outstanding exemplar. In the large, elaborately staged backlit photographic works he began making in the 1970s — often pictures of Vancouver’s marginal people and derelict places — he gave fresh vigour to the modernist notion of the artist as an observer of the modern city’s pathologies and contradictions, and forged a richly suggestive union of the moral urgencies of New Left Marxism with the formal, emotional, and spiritual urgencies of the Western art tradition.

Wall has shared his thoughts about art with the public largely through ephemeral media: panel presentations in museums and universities, lectures and interviews, catalogue essays, and the like. It is this aspect of Wall’s creative practice — as a writer and controversialist — that is celebrated in Jeff Wall: Selected Essays and Interviews, a tightly printed 352-page book published earlier this year by New York’s Museum of Modern Art to accompany the artist’s retrospective, now touring the United States. (It is unfortunate, and a little odd, that this show of Canada’s most influential artist has not touched down in his native country.)

In his brief preface to this chronologically organized anthology, Peter Galassi, MoMA’s chief curator of photography and co-organizer of the travelling exhibition, tells us that the two kinds of texts included here — all written or recorded between 1981 and early 2007 — “are very different from each other: the essays are mostly about the work of other artists; the interviews, mostly about Wall’s own work.”

But are they so very different? Both present Wall’s mind ranging widely over many of the makers of modern artistic culture: Édouard Manet, Walker Evans, Jackson Pollock, Pier Paolo Pasolini, Theodor Adorno, Roland Barthes, Dan Graham and other fashioners of the conceptualist moment in international art, Stephan Balkenhol, On Kawara, and many other important creators from the past century. These writings can be mined for their insights into works that have moved Wall, and into the cultural inclinations and controversies of his era in Vancouver, and beyond.

The book also provides the occasion for another, equally engaging appreciation, one that takes these densely argued essays and interviews as the record of a unique contemporary sensibility under construction. The antagonist in this narrative is himself: a Marxist shaped in the crucible of the 1960s New Left of Adorno, Max Horkheimer, and Herbert Marcuse, who is willing to relinquish neither his love for Western art’s pictorial heritage nor the penetrating critique of culture he had learned from Marxism.

Reflecting on his early development, in the 2003 essay “Frames of Reference,” Wall writes, “I had always studied the masters and respected the art of the past. I had a bit of a hard time during the ’60s because I needed to work in and through a situation that simply assumed the art of the past was ‘obsolete’ (to use the Leninist terminology of the time) and that the only serious possibilities lay in reinventing the avant-garde project of going beyond ‘bourgeois art.’” Working his way beyond this impasse in the early 1970s, when much cultural leftism was descending into nihilism or passing into irrelevant academic purism, involved renewing the historical claim of Western art to critical social importance, staking out a bold position within the narrative of art history, joining the vivid dialogue with the art of the past. Wall refused to succumb to the temptation, widespread among advanced artists at the time, to believe that the only art that matters is anti-art or political propaganda.

The best example in the book of Wall’s struggle to find his feet is the first text — a rejected first draft, from 1981, of his well-known 1982 work, “Dan Graham’s Kammerspiel.” In it, Wall addresses the contemporary intellectual background — conceptual art, the New Left — against which his artistic thoughts and strategies assumed definitive shape. He takes the field in this draft against the German-American critic Benjamin Buchloh, then the United States’ most formidable art writer on the cultural left and an eloquent champion of Graham. The combatants make an interesting pair: Buchloh, the doyen of American New Left critics; Wall, an emerging Vancouver artist still engaged in a deep rethinking of the radical legacy in cultural practice.

What’s at stake in this piece, at one level, is the ownership of Graham’s resonant installation art, which both men admire — who better understands it, who more effectively represents its critique of the contemporary capitalist city? In this dispute, I believe, Wall wins hands down. He does so, in part, by meticulously demolishing Buchloh’s New Left critical apparatus, which is heavily indebted to the melancholy cultural thinking of the Frankfurt School — “the avant-garde of postwar bourgeois pessimism,” Wall calls it, “the philosophical laboratory in which the incessant waves of revolt against capitalism are transmuted into apocalyptic obsessions.”

He also wins, more tellingly in the 1982 version of this essay, by offering the most stunning appraisals of Graham’s work yet written and, along the way, of Graham’s characteristic topics: the utopian schemes of modernist architecture and urban planning, “whose liberating rhetoric has shrunken into the gratuitous structures of the suburban grid, the garden of subjection for a lost proletariat.”

But Wall’s intense interrogation in both texts goes to a far more important and more controversial question: who owns the legacy of the historical avant-garde? Is it, as Buchloh and others argued, the reductive, anti-object conceptualism that broke upon the Euro-American art world like an aftershock, in the wake of the seismic youth rebellions of 1968? Not so, Wall believes. Despite all the good things that can be said about conceptual art — its critique of the commodity, its attack on mass cultural manipulation, and its negativity in the face of the remorselessly happy consciousness promoted by the mass media — the movement, “in its helplessly ironic mimicry not of knowledge, but of the mechanisms of the falsification of knowledge,” is only the mirror image of the commodification it rejects. In the end, the routine conceptual artwork turns out to be a “helpless, mute, decorative object . . . a witty piece of contextual virtuosity,” devoid of the life-changing, revolutionary energy it presumes to inject into the rigid and oppressive fabric of the capitalist city.

Having thrashed conceptualism’s claims to radicalism, Wall ends the 1981 fragment on an upbeat note. Exposed as the contradictory things they are, stripped of their pretensions, he tells us, the most effective conceptual artworks become “more interesting, complex, and productive than they have seemed in functionalist terms. This is, of course, because they have not completely dissolved their character as aesthetic objects, they have not resolved their position in society.”

Even under the most rigorous questioning, that is, the best artworks created in the name of conceptualism are saved from irrelevance by their continuity with art history, and by their resistance (however feeble) to absorption by capitalist culture. Wall does not slam the door shut on conceptualism, instead leaving it open a crack — with the expectation that what he calls “a new Conceptual art” might just emerge from the shambles of the recent past.

Such a new conceptual art — cured of the anti-art nihilism typical of classic conceptualism, unashamed of its family ties to the best critical painting, photography, and film in modern times, still fired by the desire to expose the everyday crises of the bourgeois city — is exactly what Wall was trying to make in the 1980s. The task, which he had undertaken just a few years before, entailed nothing less daunting than the establishment of a critical distance between himself and a century of avant-garde abstract painting and anti-object radicalism. It also involved the resumption of the historical task of advanced representational picture-making since Manet: the depiction, in impressively physical formats, of la vie moderne, the presentation of the new urban spaces and situations created by the churn and fragmentation of modernity, and especially the crisis of the body in the new city of machines.

“My work is based on the representation of the body,” Wall writes in the 1984 note “Gestus.” “In the medium of photography, this representation depends upon the construction of expressive gestures which can function as emblems . . . The ceremoniousness, the energy, and the sensuousness of the gestures of Baroque art are replaced in modernity by mechanistic movements, reflex actions, involuntary compulsive responses . . . more condensed, meaner, more collapsed, more rigid, more violent.”

Such are the gestures of the marginalized characters — poor suburban housewives strolling through a vacant lot, urban First Nations people under a highway overpass — whom we meet in the early masterpieces Diatribe (1985) and The Storyteller (1986), both set in orphaned, derelict Vancouver locations. These works symbolize what Wall calls, in a 1993 text on Roy Arden, the “historical process of conflict and dispossession” — the lot of the modern city dweller, the corrosive force he must contest in every waking moment.

Eviction Struggle, a ravishing work from 1988, similarly represents a crisis of ownership, dwelling, and belonging — a fight between tenants and landlord — in a frayed, rundown suburb. Yet again, this is a picture in which the drama of urban dispossession is played out, this time against a background of failed utopia — a garden of subjection for a lost proletariat.

In none of these works does Wall romanticize the problem of city life, or even slightly sentimentalize those who endure it. “Art’s aim,” he writes in the Arden essay, “is to remove the victim’s crown and to depict his wounds in a secular construction . . . an artist is not a doctor. In art, the past is not displayed as healed, but as being in the process of creating symptoms which we will experience in the present, or as the present, the present moment in which the work is looked at.”

The value of Wall’s art does not consist merely in its handsomely expressed sociological or urbanistic agenda. Unlike much of the political art produced in recent decades, it is not an instance of the Higher Social Work. Wall, from the beginning of his mature career, has also been deeply concerned with the issue that has exercised painters since the Stone Age, and photographers more recently: the redemptive project of making beautiful pictures.

“And how do you think your pictures, which are so attentive to the unfreedom and unhappiness of the present, give a promise of happiness?” Barents asks.