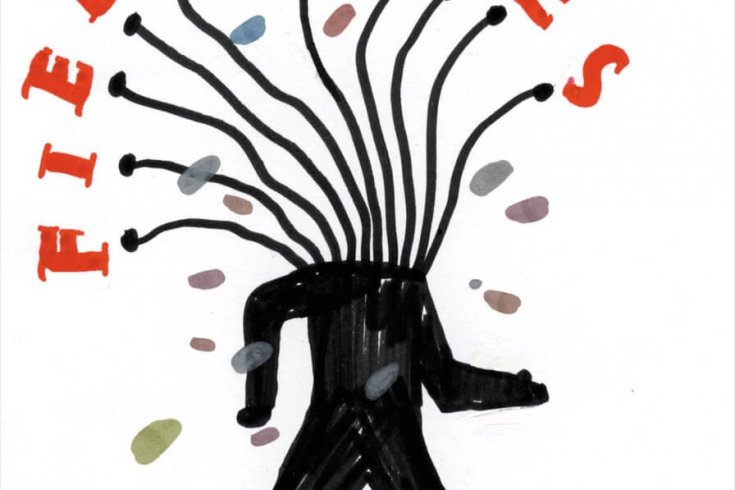 fuu — On a hot, close night in a sleepy village just outside Tamale in northern Ghana, Fatawu Sayibu has come out to play. Normally, Fatawu is a quiet twenty-five-year-old man with a shy smile, his slight frame hidden under baggy basketball jerseys and wide-legged jeans. But the other Fatawu — Dancing Fatawu — is not so shy. Dancing Fatawu wears flouncy skirts made of batik cotton and strings of polished cowrie shells slung across his bare chest. And the moment he starts cutting the dust in front of the circle of strangers gathered near the chief’s compound, Fatawu becomes larger than life. The beat of the drums sparks a mischievous flicker in his eyes that makes children cheer, and a well-placed roll of the pelvis that makes women put down their bundles of firewood and stay a while.

Fatawu was born into a drumming family, and his first language is rhythm. When he was three years old, he was already playing the talking drum, a small hourglass-shaped drum held under one arm and beaten with a curved wooden stick. He started dancing a few years later, and by the time he was twelve he was a favourite at local weddings and funerals. After he dropped out of junior high, he struggled to eke out a living as a dancer in Tamale, the diesel-soaked hub of Ghana’s impoverished Northern Region, and began giving dance lessons to every rhythmically challenged white NGO worker who was willing to pay. Then, in 2004, at the age of twenty-two, Fatawu got his big break: he was offered a spot at the National Dance Company in Ghana’s capital, Accra, a twelve-hour bus ride to the south. But after a month of training, he and his friend and fellow dancer Suale quit and came back to Tamale. “We knew that if we were all to go to the South, the culture in Tamale would disappear,” recalls Fatawu. “We knew that we had to go home.”

He decided to start a free dance school for children in Choggu, his neighbourhood on the outskirts of Tamale. He didn’t have any trouble finding children eager to learn the traditional dances of his tribe, the Dagomba, and he convinced a local teacher to lend him a small classroom after school. The only problem was the official gag order on traditional drumming and dancing, in effect since 2002, after the paramount chief of the Dagomba was beheaded by members of a rival clan. According to Dagomba custom, when a chief dies no one is allowed to play the talking drum or bass drum, or to perform any of the dances that require these instruments, until the chief is buried. The official burial ceremony kept being postponed out of fear of continuing violence as the investigation into the chief’s death continued.

For Fatawu, living in a world out of cadence with his talking drum only fuelled his commitment to keeping his traditional dances alive. He knew that flouting the ban by playing the talking drum would mean trouble from local police and hardline traditional leaders, but he decided to start teaching anyway. A few nights a week, as the scorching sun settled into the thick, dusty haze above the horizon, he and about twenty children aged five to fourteen would push the wooden desks against the wall and pile their plastic flip-flops in the corner. Fatawu would stand at the front of the room and quietly sing contraband rhythms to the children. He had long ago mastered the art of singing the lilting, polyrhythmic phrases of the talking drum in his head while he danced. For the children too young to remember a time before the drumming and dancing ban, Fatawu’s spirited chant, “ung-gah-gah-dah-ka-ung-nn-dah-ka,” was their first introduction to the talking drum.

Since then, Fatawu has built a simple mud-walled, metal-roofed dance hall next to his family’s compound in Choggu. The paramount chief was buried in April of 2006, the same week Fatawu and his brothers finished building the hall. And after four years of silence, he was thrilled to finally introduce his young students to the sound of the talking drum. “The small ones didn’t know the steps, but when they heard the drum they got so happy and just started dancing,” he says, laughing. Some of his older students have already begun performing with his adult dance troupe.

But Fatawu still wonders whether this next generation of dancers will choose to follow his lead and stay in the North. He still struggles to make ends meet as a dancer, and now hopes to follow in the footsteps of his own dance teacher, who goes abroad several months a year to teach at dance schools in the US, that mythical land of hip hop and bling. But Fatawu says even if his next big break means leaving the North, he won’t stay away for long. “It’s good for us to share our culture,” he says. “That way, it will go further, be stronger. But even if we go very far, we will always come home after some time. We must always be sure to keep things going here.”

Kalli Anderson is an award-winning freelance audio producer, writer, and filmmaker based in Toronto. She is an assistant professor at Ryerson School of Journalism. 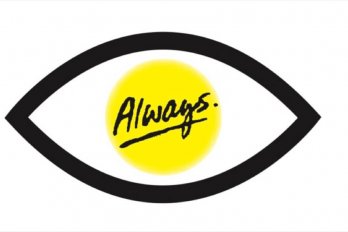