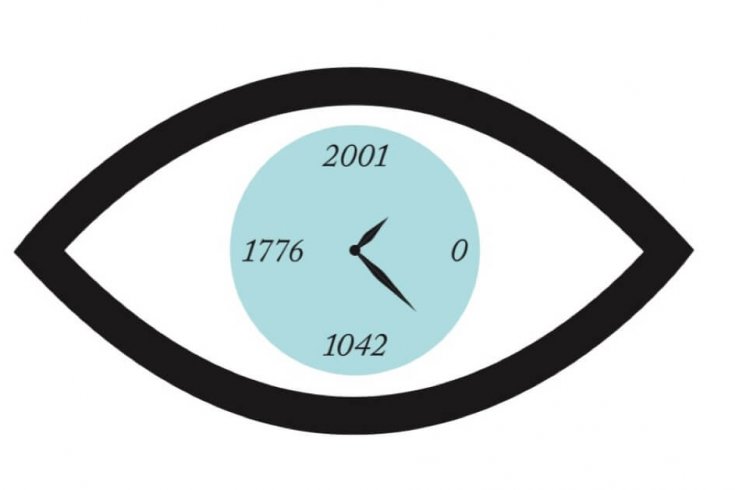 To walk with history in your bones is to walk into uncertain times. And so Lewis Lapham, former editor of Harper’s magazine and long-time critic of the boast of certainty, paced, considered the strengths, weaknesses, and chauvinisms of particular civilizations, and then said, bluntly, “George Bush started a war having no idea what this means.” The US president is an easy mark, especially for a satirist of such high register. But from this pronouncement—uttered in the plainest language he could conjure—Lapham began moving effortlessly from the obvious to the esoteric, from “the farce of ‘No Child Left Behind’” to the prowess of ancient Chinese fleets, and from old Europe to the New World, his metaphors and similes fashioning a narrative quilt of then and now, across oceans of time and circumstance.

This was last winter at Hôtel Le Germain in Toronto, where Lapham and I had sequestered ourselves in a side lobby to share a bottle of wine and war stories from the trenches of journalism. Lapham had recently left the editor’s chair at Harper’s but would keep writing for the politically engaged magazine, and he retains an abiding interest in new, irreducible voices—a young writer with a keen eye for detail, a veteran returning from the field with surprising turns of phrase.

But it is to reading old manuscripts that Lapham has now devoted himself, and after seamless decades of beat reporting, feature writing, editing, and current-events commentary, retiring from the new provides noticeable relief. Lapham continues to shake his head at the insanity of the Bush cabal, the amorality of Mammon, and the quisling postures of Democratic Party aspirants unable to articulate their opposition to “might is right” or to capture the collective imagination. That Lapham’s cherished homeland remains so mired in the present rankles him, but listening to his yarns and weavings (then and now), I sense that Lapham prefers to be less in-the-moment and is ever more inclined to enter the dark corridors of scholarship, museum archives, or even the musty swamps of the Florida Everglades or the mean streets of Baltimore, at least as rendered by past masters. “The dead must be heard,” Lapham might say. “They know more.” And so, there is a pressing job to do: search the historical record for truths that will inspire the American empire to be less sure of itself.

If Norman Mailer and Gore Vidal were once “lions in winter” but have become frail before the mighty edifices of the news media, just-in-time delivery, and YouTube (as Don Gillmor recently explained in these pages), Lapham continues to fight, and with his latest project, Lapham’s Quarterly, he takes direct aim at the egotism of our age by challenging the very idea of novelty. His goal? To render mute the ignorant, dangerous, and useless conceit that everything has not already happened; that it has not already been said, written, and experienced; and that there is little to be learned by rooting around in the archaeology of mind and matter. If Mailer and Vidal, in their best selves and their best writings, were profoundly contemporary, Lapham has returned to where he began as an undergraduate student: to history. And yet the tension remains.

To an arch-patriot like Lapham, for the experiment of democracy to be something other than a hollow casket brimming with falsehoods and missed opportunities, polities must discover in stone tablets, illustrated manuscripts, poems, novels, and plays; in angry letters from wounded soldiers and song sheets from the Mississippi Delta; and in rising oratories declaiming the brutality of man, the wisdom that history may not repeat itself, but it does rhyme. And then the newly informed must move on, must see to it that such a deterministic and unfortunate fate does not befall one’s own particular state, whether emergent or struggling with itself. However sublimated by the mannered brushstrokes of a northeastern sensibility, there is both Marx and Nietzsche in Lewis Lapham.

Months ago, Lapham generously sent me the original prospectus for the Quarterly for my comment and appraisal. I reported back as required but have been ruminating about it ever since. Written with the sure hand of an advocate, with humour, perspicacity, and, yes, a touch of relief, it is a business plan that held my attention to the last. The sentences loop, tracing backward and forward in time, but the narrative arc is direct and purposeful. Unlike so much these days (resumés that are clearly truncated works of fiction, PR so ubiquitous that truth has been shipped offshore, and other scams high and low), the prospectus promised and Lapham’s Quarterly delivers. It is not the next big thing; it is the real thing, a must-read.