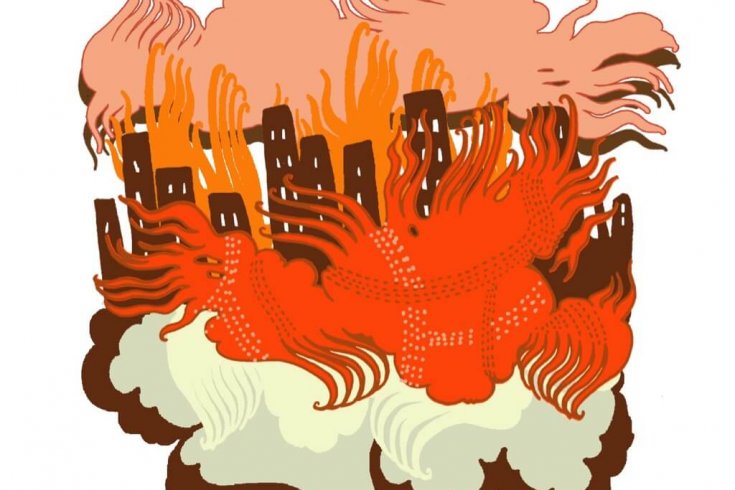 The swarm came as puckers
in smooth song, the swarm
from your father’s heart, that is to say, not
directly from his heart,
but from his ability, his responsibility
which he knew as the space above his heart.

He stood past the orange tree that never was,
the one that wouldn’t take. Your eyes
lifted you out of your body,
out of your yellow dress.
Who were you then?
Stringed music played as if playing twice at once.

The swarm drove you to the tree
in fright. The swarm pinned
your hearing there. His place and price
was to stand
and swarm them, those bees who thrived
inside him, unrecognized. What was your price?

He named himself: a swarmer. He said it
again. He said it twice.
His name took his life from ear to ear.
You swallowed one bee with air. Time yellowed
your yellow dress.
Where did your name take your life?

A story called The Birds Instead
anticipated and foresaw
its verdant nocturne in the dusky air.
It was not yet. The gold tones of the song
puckered the river
into the rivulets of your hair.

Out of the corner of your eye,
your father held each bee, each note
of the song
in each of his hands, twice,
before he let each one go. He told you that.
The tree arrested you as light

flew across it, as shadows
textured each hour with new design.
Your name
puckered in your hands. Music, you said,
they pucker sound when they puncture
light with attributes of light, and he

replied, I am not responsible for that. 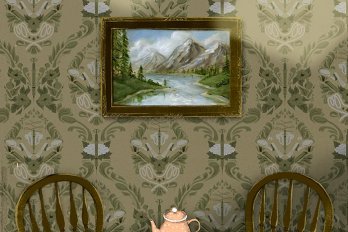 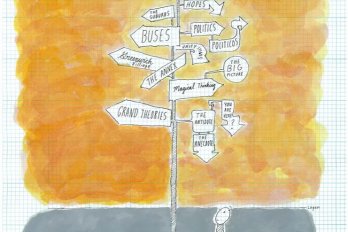 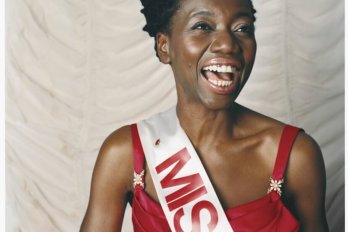