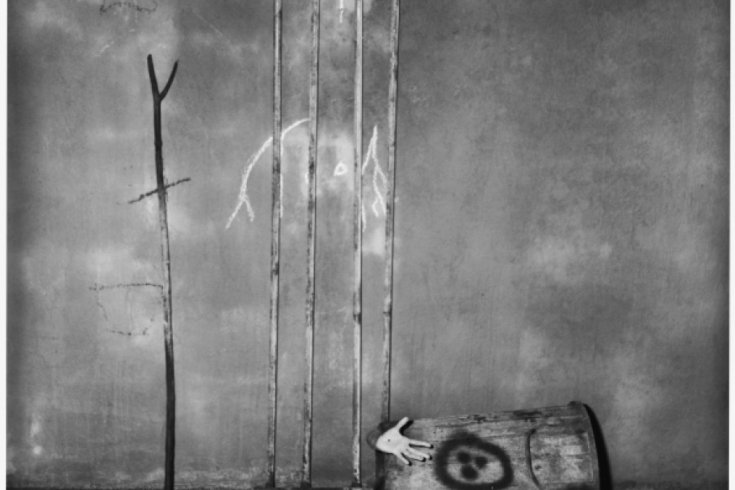 “The work that I’ve been involved in spans about twenty-five years. From 1982 to 1994 the work was made in the South African countryside, mostly in the proximity of Johannesburg. Since 2003, people have mainly disappeared from my photographs —animals are more common than people, and I think the work is becoming increasingly more abstract and complex. I started to feel that people were too dominant in my images and that there were other aspects of the photographs that weren’t coming through to the degree I wanted them to. The work started drifting in another direction, toward being more like painting with aspects of sculpture included. As the animals and drawings and textures predominate, the focus is shifting away from people in my photographs.

“When it comes to creating complex images, you require hundreds of elements, made up of numerous subconscious decisions that make the photograph. There are endless possibilities in front of you—how do you make chaos coherent? It involves a deep-seated interactive relationship between what’s inside you and what is out there. You find the elements that reflect or mirror you in a way, or mirror the things that you want to examine. It’s more a visual archetype that I am after, and I think the reason the photographs work is that there are certain aspects in the people in particular situations I am able to draw out which serve as a metaphor for the human condition. Probably the more these photographs disturb you, the more the work has found the truth in you.

“I think that nature is ultimately the model for everything I do in my work, and every form in nature has a purpose. I think a piece of art should be very organic, and for that reason it is difficult for me to separate form and content in my work—form creates content. I’m obsessed with form, and if you look at my later photographs, you’ll see that the meaning is more and more difficult to verbalize because it’s based on form. In my images, there is a fundamental contradiction between the clarity of the forms and the sense of breakdown and chaos that characterize the content.

“The one thing I don’t want is for my pictures to have any socioeconomic or political sensibility. You never see a poster, you never see any place that could be recognized—it could be anywhere. It’s about transforming the forms I use into something universal. Life is just about the moment, there’s nothing more about life than the moment, so it’s always a matter of trying to find a way of reinventing who you are in that moment. I see myself as an artist, and an artist for me is just somebody who is constantly trying to look in the mirror and reflect on that. That’s really what the pictures are about—just self-reflection.” 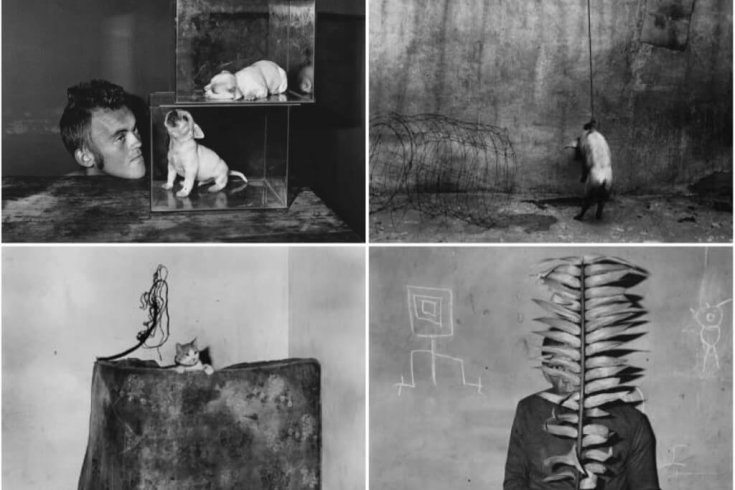