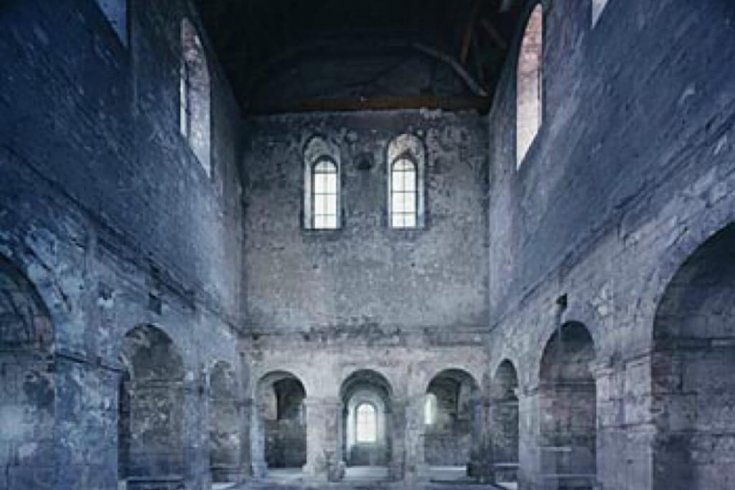 halberstadt — I halt in the open doorway of St. Burchardi Church. I have little choice, really. Though the eleventh-century monastery invites exploration, a wall of sound stops me at the threshold — a single chord from the organ, blocking my path. The instrument’s bellows pump out the same unfaltering notes minute after minute, hour after hour. Depending on when you pass through the pleasant, dinky town of Halberstadt, Germany, they might continue for years. But this trip, one of my first as a nearly blind man, coincides with the rare conclusion of one chord and the beginning of another.

I am in the presence of John Cage’s “As Slow As Possible,” the longest, slowest song ever performed. The experimental composer scored this work for piano in 1985. He used the distances between the notes on the manuscript to indicate how long each should be played in relation to the others, but prescribed no tempo besides “as slow as possible.” When played on the piano, whose notes decay and die away, the piece took an average of twenty minutes to perform — not exactly zippy, though not all that slow either. But in 1987, Cage transcribed the piece for organ. Since an organ can sustain chords for as long as its keys are depressed, “as slow as possible” got a heck of a lot slower.

After a few moments standing here, I begin to crave the next note — any note, any change whatsoever. The chord fills my ears, and a kind of audio-claustrophobia overwhelms me. No sightseers or tour guides around to offer any reprieve. Nobody except Justus, an eleven-year-old local boy who took my hand and guided me the final hundred yards to hear this particular sound before it changed. Lucky he was there — once the new chord begins tomorrow, it won’t change again for more than two years. Got to get to church on time.

Staged by the John Cage Project, the concert will last 639 years, a not entirely arbitrary duration. By the time the piece was scheduled to start, in 2000, that’s how much time had passed since the installation at St. Burchardi of the first Blockwerk organ, the earliest instrument to employ the twelve-key layout we know today. The project’s curators had a new organ built based on St. Burchardi’s original and, with little more than a slide rule, calibrated the recital to stretch as far into the future as the keyboard’s history did into the past. They customized the bellows to keep them pumping over the long haul and devised a simple scheme to keep the keys depressed: tiny sandbags on strings. The piece finally began on September 5, 2001, with a musical rest — a silence that “played” for eighteen months. Typical John Cage. Nothing could be heard but the coursing air.

As I move into the monastery and toward the organ, the familiar clicking of my white cane adds texture to the drone. My own noise feels like blasphemy, chatter during a prayer. Granted, this chord has been playing only four months — a frilly little trill in the scheme of things — but that’s no licence for irreverence. I stop again and listen. Perhaps ten minutes have passed, and I’m becoming aware of the chord’s impurities. The faintest blemishes in tone pop and burn away like sparks. The sound heaves and exhales slightly, like the sigh or groan of a weary traveller.

Sighted folks ramble the world to see Grand Canyons and Eiffel Towers, monuments that dazzle the eyes. Because the last bit of my sight could desert me any day now, I asked myself, what would the equivalent pilgrimage be for me? So a white cane tapped its way from Vancouver to Toronto to Berlin and to Halberstadt to hear a single moment out of centuries of sound. One thing giving way to another — the basis of all drama. It seemed monumental to me.

I’m standing in front of the organ now, and what began as noise has become a familiar hum. As I think of the generations who will take care of a song that assumed they would be there to keep it going, I’m reminded of my debt to Justus and everyone else who guided me here. As this song will be, I’ve been passed along from one person to another, slowly, until I made it. Just in time.