Travels with Scholars: The Brochure | The Walrus
Skip to content 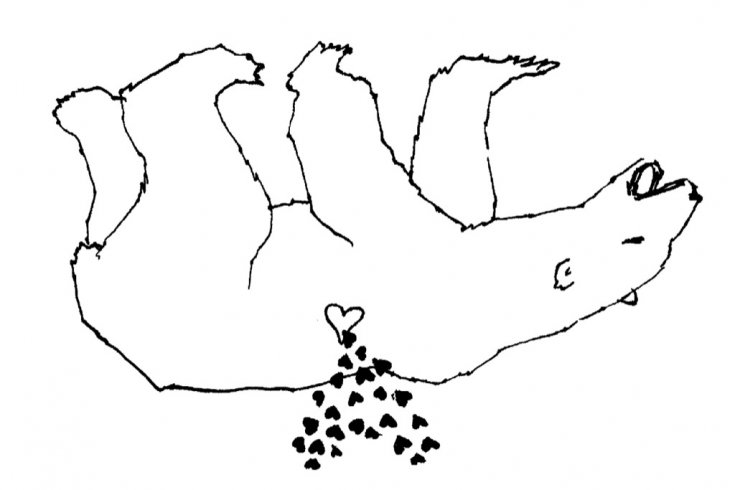 This summer, see the world as it was meant to be seen”“through the eyes of professors. Travel to exotic climes with high achievers, who slip with ease ‘twixt ivory tower and elephant hunt. See rare birds in rare lands. Imbibe Merlot while you soak up Merleau-Ponty. Bask on a beach”“and in wisdom”“with incandescent intellectuals. Choose from a sparkling roster of savants, all of whom brim with signs of infectious passion for their fields. Put on your Xtreme Thinking caps and get ready to Travel with Scholars

The 12 archival chevaliers who enlist with venerable bibliographer Alfred Thorne on DESTINATION:TOGO! will join the thrilling quest for a relic so elusive it may not exist: the 94th letter of poetess Dorothy Appleton Ross to her mentor and editor, Prestor Knox. Not familiar with Ross and her long-rumoured lover You will be! In the catacombs of an abandoned Jesuit mission-cum-Togo Tigers munitions depot, Professor Thorne has discovered a carton that may have belonged to Darby Noakes, the man some believe was the illegitimate offspring of the suspected Ross-Knox liaison. Through languorous, anecdote-redolent tropical nights, your sprightly host will decant the tale of that wayward carton and his lifelong search for it. Writes Alice P. of Oakville: “I will never forget the sound of 26 hands rifling through crates of moist velum. In absolute silence we sought the letter that would turn the tumblers: unlocking the secret of the Ross-Knox affair, establishing the parentage of Darby Noakes, vindicating Professor Thorne, and sending us home.” That Alice P. did not experience this convergence of epiphanies only increases the chance you will!

“Uvulars, slithering from carious Elizabethan carapaces, diphthongs, dripping from lips, embarking upon treacherous oceanic migrations which saw them attach, long decades later, to brash and freshly American palates” Harold Blaine, of course, on The Great Vowel Shift, the sixteenth-century exodus that left the English of the Globe preserved in the amber of Ohio. You’ll retrace that daring journey on DESTINATION: AKRON! Our pilgrimage convenes at Stratford Polytechnic, proceeds via antiquarian vessel to the Port of Cleveland, and thence by period-equivalent motorcoach to Akron. There, you will assist Professor Blaine with his unique historical reconstruction: the recording of the entire Shakespearean corpus as performed by native Ohioans, whom you will enlist. Be part of this long-overdue endeavour, comparable to the period-instrument revolution in classical music or the coronary exactitudes of our own Dr. Gastig’s undertaking (see next).

Plucky travellers may prefer DESTINATION:AN ISLAND NORTH OF ICELAND! Get ready to drive a pod of pilot whales into shallow waters, where a knot of your fellow adventurers awaits, bristling with medieval wooden clubs. Jointly sponsored by those duelling leviathans of Nordic scholarship, Jaspersson the Classicist and Ericsson the Well-Read, this expedition will test whether Jaspersson erred in translating the runic word grind as “pilot whale” rather than as “soft-shelled sea turtle,” which Ericsson’s ample research (piped into the galley as you row from Bergen) suggests it should be. Were those whale drives—the grindadráp—of yore “exemplifications of Norse high-spiritedness unthinkable to a milk-fed footnote squinter” or is it all a “risible fantasy spawned in castration anxiety” Whether you are perched on the gunwales of a skin boat, batting at whale backs, or shivering with excitement as a roiling disturbance in the Arctic waters speeds toward you, you will doubtless agree: this is no pedantic quibble. Note: the slabs of shark flesh that Ericsson buried last year have decomposed to Jaspersson’s satisfaction, and participants will feast on authentic hakárl. No arguing that!

Once the north is in your blood (and vice versa), why not press on to DESTINATION: AN ISLAND NORTH OF THE ISLAND NORTH OF ICELAND! Nobody can accuse controversial hypothermiologist Lena Gastig of being the sort of academic the Nazis castigated as weltfremd, otherworldly. Frustrated by the conservative (though “not right-wing,” jokes the ageless Austrian dynamo) bent of her colleagues and their dithering over whether or not to use a certain dusty old set of experiments, she’s rolling up her sleeves—and yours—to get some science done. And what science! Luxuriate in a hot spa under the midnight sun. Reignite your passion during body-to-body heat-transfer sessions. Pack light; all necessary apparel will be provided upon your arrival at the world’s northern-most clothing-optional beach, on the island Paul S. of Kitsilano called “unearthly” in his warm testimonial.

Been there, done that DESTINATION: MONT­SÉGUR! is just for you! Travel to the eerie mountain stronghold where the Cathars, besieged by Albigensian Crusaders determined to convert them or destroy them, denied their persecutors either pleasure. Charismatic independent scholar Dr. Egmond Scolex will lead you to this haunting ruin, where you’ll make friendships that last the rest of your life. Spellbound by the doctor’s mesmerizing seven-day lecture on these thirteenth-century Gnostics, who believed that the sensory world is inconsequential, you’ll scarcely notice the robust sleeping conditions. In fact, you’ll forget all your troubles on this tiny plateau high among the Pyrenees as you gaze upon a panorama of worn-out mountains and inaccessible vales while the winds whisper lamentations in a minor key and the hypnotic doctor explains that we are sparks of divine light trapped by a false god in dumb clay. On day five, as hunger pangs yield to corporeal bliss, Dr. Scolex introduces the endura, the purifying fast some Cathars undertook to release that spark from its prison. Don’t worry: the original endura usually lasted longer than seven days! Refreshments provided.

Finally, DESTINATION: GOD KNOWS WHERE! No sooner was the 11-dimensional “M Theory” model of the universe replaced by the 13-dimensional “T Theory” model than along came Dr. Pauli Tasergnu with the 15-dimensional “V Theory” model, ten of which are spatial, four temporal, and one available via podcast to preferred subscribers only. Details of your journey are classified, but we do know this much: you will be taken apart atom by atom, converted to pure information, and sent on your way to a warm welcome from the co-operative inhabitants of your new dimension (some assembly required). A previous participant writes: “What I remember most vividly is the reverence with which engineers handled a glowing flask of quantum plasma named Bill J. of Beaconsfield. They respected the plasma’s choice to spurn this mortal coil and honoured Bill J. with a moving ritual to return those delicate traces, gently, gently, to Kingdom Come.” Weltfremd indeed!