The Virus in You | The Walrus
Skip to content 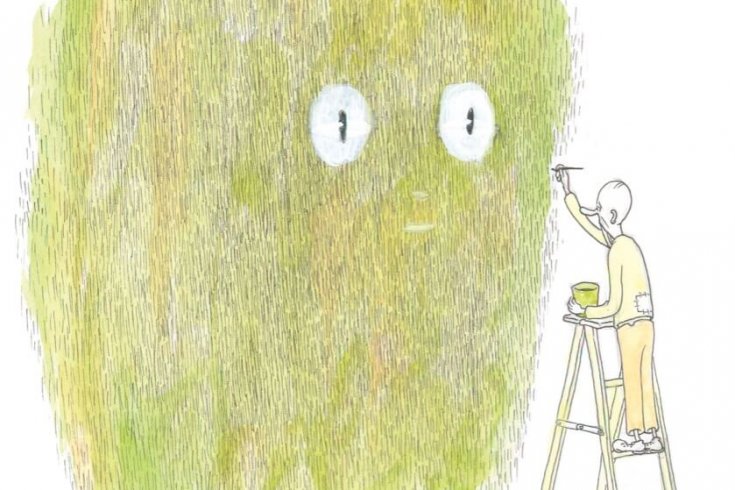 Who can say how far migrating birds will carry avian flu on their winter flight paths? One thing is certain — it will spread. At first it will target the weakest among us, those with immune systems already compromised by chronic diseases like tuberculosis, which affects about one-third of the world’s population. Thousands, perhaps millions, may die. But before they do, the virus will have replicated itself billions of times in each of its victims. As it does, it will attempt to expand its victory over humans by mutating into new and perhaps more virulent forms — including a variant of the disease that could easily jump from one person to another, triggering a much-feared pandemic.

Whether the pandemic begins in Africa, Southeast Asia, or Europe, scientists will face the same challenge: they must develop a vaccine to help contain the disease. Vaccines have been the primary line of defence since 1796, when first used in the fight against smallpox. It worked, and few people today have experienced the devastating effects of smallpox, which once killed hundreds of thousands of people annually but has been all but eradicated. Nor have we seen victims of polio, who were once enclosed in iron lungs. Yet something is changing rapidly in the submicroscopic world of viruses, and new threats are beginning to appear with startling frequency. Almost thirty diseases have emerged to target humans over the past three decades, including Sudden Acute Respiratory Syndrome (sars), West Nile, bse (“mad cow” disease), hiv-aids, Hepatitis C, and the Nipah virus, which causes encephalitis and acute respiratory problems. They all travelled a long evolutionary path before crossing the species barrier to become human diseases, and they signal a troubling trend: close to 80 percent of all new or re-emerging diseases are zoonotic — meaning they are transmitted from animals to humans.

Like a human, a virus’s aspirations are quite simple: it wants to survive and multiply. To do so it requires a host cell where it can replicate. But its presence among us raises a number of questions that scientists cannot yet fully answer, notably how do viruses spread to different species, and particularly how did avian influenza become so dangerous to birds and capable of killing half the humans it infects?

These are important questions because the influenza virus actually serves as a role model for other viruses seeking to conquer humans. The fact that we need a new influenza vaccine every year is a testament to both its ability to evolve and its will to survive. By constantly mutating, it has long defied attempts to eradicate it with vaccines and other medicines. It begins by infecting one cell in the human body and then copies itself many times over. During this replication process, alterations can occur in the building blocks of the virus’s genetic material. And since a person infected with an influenza virus will produce a billion virus particles during an infection, one of these may not be identical to its parent and will mutate into a dominant new strain of flu altogether.

Humans, either in the course of fighting an infection or in response to a vaccination, develop antibodies. These are the soldiers of the immune system, battling infection and neutralizing viruses so that only those that have mutated can escape. For a vaccine to be effective, it must contain exact matches to the surface proteins of the virus it is working to control. But a virus’s own survival mechanisms can defeat antibodies by undergoing what scientists call antigenic drift, by which specific surface proteins (in the case of influenza, hemagglutinin-H or neuraminidase-N) change very slightly.

If antigenic drift is the small-arms fire the virus uses to defeat the immune system, antigenic shift is the grenade launcher. Antigenic shift occurs when there is a dramatic change in the virus’s genetic makeup — such as the one that transforms an animal virus into a human virus. In these instances, the virus acquires an entirely new gene from a different virus altogether. It is usually a related animal influenza virus and consequently contains new surface proteins (H, N, or both). Animals, especially birds, have a large number of variants of the H and N gene. Each variation is given a number: H1, H2, H3, for example, or N1, N2, N3, and so on. Hence the h5n1 strain of avian influenza virus that is currently preoccupying health officials around the world.

These viruses aren’t necessarily harmful. Normally they remain within the migratory bird population causing minimal disease; last fall a number of h5 influenza viruses were found in healthy Canadian ducks. But they can mutate to become virulent. The current h5n1 avian influenza virus does not discriminate between humans and birds. Fortunately, many of these avian viruses, including h5n1, are not very good at infecting humans. So far avian influenza has been found in only about 130 people living primarily in Southeast Asia — despite the fact that there have been outbreaks of bird flu in fifteen countries.

The h5n1 virus becomes far more dangerous when it infects a person who also has a human influenza virus. It can quickly recombine the genes from the human and animal virus to create a virus that contains the genes of both, and in so doing gain the ability to move not just from birds to humans, but between humans. Since this is a completely new virus, humans do not have any pre-existing immunity to it.

Why have many of the pandemics of the past century, including the Hong Kong flu in 1968, had their origins in Asia? It is likely because Asia has a large number of both domestic and wild bird populations living in close contact. This exposes do- mestic birds to the entire spectrum of influenza viruses living in migratory birds, especially ducks. Mammals such as pigs, which are also often found in the same environment as domestic and wild birds, can act as “mixing vessels” for bird and mammal viruses.

One thing that struck me during my travels in Asia was that vast numbers of ducks, both wild and domestic, shared the same farm ponds, which children play near or swim in. Since the viruses from the wild ducks were in the water, the domestic ducks could easily be infected. Similarly, humans exposed to the water or to the ducks could be infected. The problem is not restricted just to farms: humans are also exposed to the viruses at live animal markets, where large numbers of city dwellers shop on a daily basis.

Environments like these are multiplying all over the world as the population increases and we encroach on habitats that were once isolated from humans. That is giving rise to a disturbing trend: viruses that once lived apart from humans, in animals like monkeys, are mutating and crossing the species barrier. This occurred in 1999 in Malaysia when the Nipah virus, which triggers encephalitis and respiratory illnesses, first emerged in humans. Previously the virus had been only found in fruit bats, but as humans began building farms in remote areas where the bats lived, the virus spread to pigs and ultimately humans. Before it was contained, more than 100 people died and nearly one million pigs were destroyed.

Similarly, the practice of eating bush meat in many African countries has exposed hunters and their families to bacteria and viruses normally contained within the animal population. One of the most deadly to cross into the human population is the Marburg virus, a severe form of hemorrhagic fever closely related to the Ebola virus. Victims bleed to death, often from every orifice. Researchers have made strides with a test vaccine against Marburg in monkeys, but a vaccine for humans is not yet available.

People living with exotic pets have also unwittingly helped bring viruses from the animal to the human world. In 2003 a shipment of rats that was infected with the monkeypox virus was imported to Chicago from Gambia in West Africa. The rats infected other rodents in a pet store, and by the summer of that year thirty-five cases of monkeypox in humans had been identified in six midwestern states — the first confirmed cases of the disease in humans in North America. Fortunately, they were stricken with a weak form of the virus and none died.

The emergence of new viruses is accelerating — but are they actually becoming more dangerous? The answer is both yes and no. In cases such as hiv, the virus spreads rapidly because humans have no immunity. In other instances diseases appear to be more dangerous than they really are because we do not have methods to treat them. Bacterial infections acquired in hospitals, for example, are growing increasingly resistant to normal antibiotics. But the bacteria are not any more capable of causing disease than they were; it is simply that they have mutated and we cannot treat them. A similar problem is occurring with anti-malarial drugs, which are no longer as effective as they once were.

In the end, perhaps the biggest reason why viruses are mutating across species barriers and killing more people today than thirty years ago might be because the body’s natural ability to fight infections has decreased in a significant proportion of the human population that is already chronically infected with diseases such as tuberculosis. The best-known is hiv, which has infected over 40 million people worldwide. Add to that the fact that the population of many countries is aging and thus is increasingly vulnerable to attacks by viruses. Is it any wonder that many scientists believe it is inevitable that mutating viruses will soon trigger a pandemic?

The only way to stop a pandemic is to develop vaccines and antimicrobial drugs as quickly as threats emerge. But that may not be possible because it takes ten to fifteen years to develop and fully test a vaccine — far longer than the time it would take a pandemic to sweep the world.

In the long run, a solution may be found in an emerging field of science known as pathogenomics. Scientists working at the Vaccine and Infectious Disease Organization (vido) at the University of Saskatchewan are at the forefront of this field. Their goal is to find a way to stimulate and boost the ability of the human immune system to fight infectious organisms before they take hold. In some people this will occur naturally, but in others the response is slower. Researchers at vido are conducting experiments that may trigger a quicker immune response in such people. They are attempting to develop a peptide (a protein) or synthetic dna that, when injected, is recognized by the body as foreign, triggering the individual’s immune system to kick in. They are also trying to answer a fundamental question: how do viruses interact with humans at the genetic level to cause disease? Until science can find the answer to that mystery, we will be unable to prevent viruses from jumping the barrier between animals and humans.

A City Without Men

The Wrong Man in the Right Place