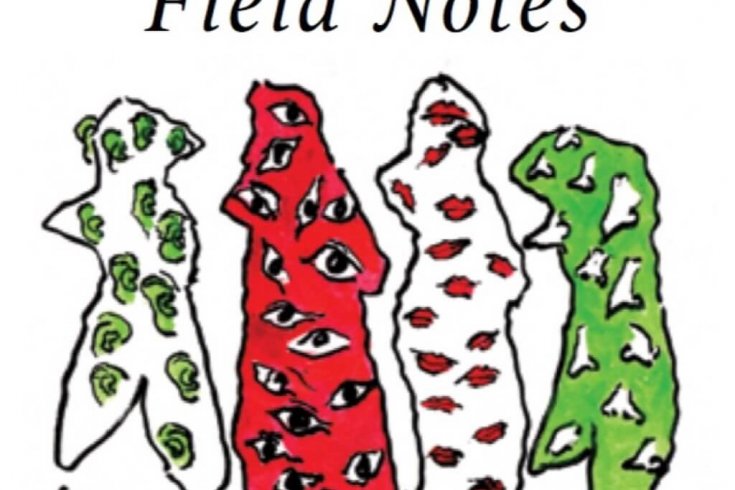 halifax—I’m a coffee drinker of the four-cups-a-day, black-no-sugar variety. But that wasn’t what worried me about the ceramic bowl of thick green tea gently placed before me in a Halifax living room by two distinguished masters of the venerable Japanese tea ceremony. Consider my predicament: beg off or plunge blindly into an ancient ritual that is one of the foundations of Japanese culture and is strictly governed by a dizzying array of customs? In other words, risk making an idiot of myself like Prime Minister Jean Chrétien, who, during an economic summit in Osaka, insulted one of Japan’s famed tea masters by grabbing a whisk from an attendant and pretending to lather and shave as the Japanese dignitaries watched in horror.

Mercifully, John McGee, the world’s first Canadian-born Japanese tea master, is very non-judgmental. So is his partner, Alexandre Avdulov, who just happens to be the sole Russian-born master of the ceremony. No disapproving tut-tuts when I neglect to follow custom by commenting on the understated elegance of the lacquered bowl. “The idea is to drink the tea quickly, not to linger,” McGee, fifty-six, gently says when I commit another gaffe by stalling too long between swallows. And neither flinches when I guzzle the final mouthful like a dog at his dish.

Once, after all, they were wide-eyed gaijin just like me. McGee, desperate to leave his parents’ Ontario farm, and Avdulov, the questing son of Moscow academics, arrived in Japan fifteen years apart. Independently, they stumbled upon the ancient art of chado (the way of tea), a ritual that manages to synthesize everything from Japanese painting to Zen philosophy in the simple act of eating a small snack and drinking some tea. That a couple of Westerners could master a discipline deemed too elusive for the non-Eastern mind seems improbable—though maybe not so improbable considering how they first met: Avdulov was acting as Mikhail Gorbachev’s official translator and McGee was assisting Soshitsu Sen, one of the Japanese grand masters, as he performed the tea ceremony for the former Soviet leader. “We like to say,” quips Avdulov, forty-three, “that Gorbachev introduced us.”

So, yes, the bearded, burly Canadian and the slight, blond Russian must seem a touch exotic to the old dorymen in the fishing town of Lunenburg, Nova Scotia, where McGee and Avdulov often commute to a historic house they have transformed into another tea house and regularly host visiting students from Japan, who arrive in full kimono. Last summer they asked an elderly gentleman who lived across the street to keep an eye on the property while they travelled to Japan. “It won’t be a problem,” he replied in his thick, south-shore accent. “We’re watching anyway.”

It’s hard not to when the subjects are two guys who have devoted their lives to the notion that the world would be a better place if more people simply sat on a mat in a small room and drank a bowl of tea. For McGee, who first saw Japan while on staff at the Ontario pavilion at the 1970 Osaka World’s Fair, it was a combination of elements that drew him to tea: the understated beauty of the tea house and the philosophical, social, and spiritual underpinnings of the ritual. In Kyoto they studied under Soshitsu Sen, the fifteenth grand tea master of the Urasenke school of tea, which has more than a million followers. McGee had already spent twelve years as the grand master’s attaché. That honour—unheard of for a non-Japanese—meant travelling the world, assisting in tea ceremonies for the likes of Nancy Reagan, the Sultan of Brunei, and the Prince of Wales.

Of course, even tea masters can have a mid-life crisis. “At the age of fifty,” explains McGee, who was given the name Soyu (Spiritual Equanimity) by Grand Master Sen, “I sat down and concluded that rather than stay on in Japan and become increasingly elevated as a teacher just because you were getting older, I would do something more difficult and see if I could bring a little bit of what I had learned to Canada.” It was karma that led them to choose Halifax, which already emitted a perceptible Buddhist vibe, thanks to Tibetan holy man Chogyam Trungpa Rinpoche’s decision to relocate the headquarters of his global Buddhist movement to the city.

One night, I found myself at Yukoan (The Abode of the Equable Tiger), the tea house the pair had built in Japan, then shipped to Halifax in pieces before donating it to the Halifax Shambhala Centre, a Buddhist meditation hall in the city’s leafy south end. Half of the eight guests there were committed tea students, the others greenhorns like me. A couple of the rookies grinned self-consciously after the doors slid open and we entered the room on our knees. “It is impossible to make an entrance in a tea room,” says McGee. “The door is so small that even the greatest dignitary is forced to look at their own two feet.”

Inside there was a feeling of stillness and space that led you to forget day-to-day worries. So what if your kid didn’t make the competitive hockey team or you have $56 in late fees at the video store. In fact, it suddenly seemed entirely reasonable that the only place a samurai would willingly take off his sword was inside a tea room.

The point, I understood, was simply to pay attention: to the Japanese script on the back wall; to the utensils especially chosen for the ceremony, which Avdulov was ritualistically cleaning; and to the kettle simmering on the glowing charcoal embers. Things happen slowly in the tea room: people bow a lot; they admire the lacquered bowls and the elegantly simple utensils. Finally, a bowl of tea came my way—pea-soup green, only brighter, with a foamy finish and a bitter taste in the mouth. But it was the kind of bitterness that makes a person think it was really, really good for you.

About forty-five minutes in, my legs started to throb from the kneeling. Otherwise it was pleasant—maybe even satisfying, although I wasn’t quite sure why. “Tranquility,” Soshitsu Sen once wrote, “comes with the constant practice of harmony, respect, and purity in everyday life. In this state of mind. . . a bowl of tea can truly be shared with another.” When the ceremony was over, the guests and their gloriously robed hosts mingled outside the tea room for a few minutes. Then, the tea masters were gone, bound for their Halifax home, a block from the nearest Tim Hortons, on a street where cars steam by with bumper stickers declaring, If You Can Read This You’re Too Damn Close.