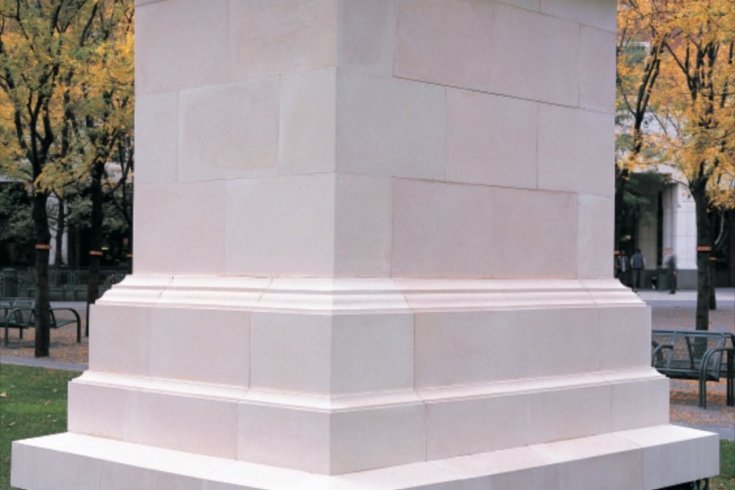 “This piece, my first – and only – public art piece, was installed in a small park in Brooklyn that’s in the middle of a high-traffic, commercial-building complex. People bring their lunches to eat here.

“I had been thinking about what makes a public space. When you go to a plaza or square, there is typically some larger-than-life monument or statue up on a stone pedestal. I wanted to rethink this notion of the distant, elevated figure. I wanted the audience to be able to relate to the piece. These figures are where you can see them up close, and they’re just over a foot high; they are Caucasian, African, and Asian, male and female. Public Figures is almost an anti-monument; it brings the statue down from the pedestal.

“I used this very classical design of a stone pedestal, but I made it, and the figures, out of fibreglass and resin. There was a budget (the piece was commissioned through a public-art fund), so it really couldn’t be bronze or marble.

“The thing about a monument in permanent materials, too, is that it’s immovable. I wanted to challenge that kind of static notion by moving the monument. My original idea was to install this piece at one end of the plaza and, inch by inch, have it move on its own to the other side. I designed a mechanism inside to allow it to do that. But that idea was rejected due to safety concerns.

“They change the art in the park once a year. When my assistants and I were almost finished installing it, several passersby asked what would be going up on the pedestal. I had to explain that there would be nothing. One guy pointed to the figures and said, ‘I get it. They are like us.’ ”