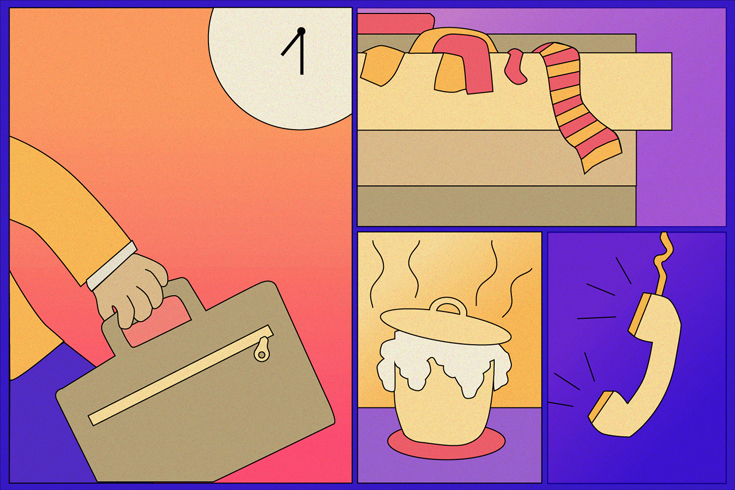 In 2016, the United Kingdom performed a pandemic simulation that, among other findings, revealed the country’s incapacity to deal with an outbreak should one arise. Naturally, the government later came under fire for not following up on its own recommendations from that exercise. Indeed, UK prime minister Boris Johnson boasted about shaking hands “with everybody” at a hospital before he himself got diagnosed with COVID-19 and spent forty-eight hours in intensive care, where “things could have gone either way.”

Examples such as this are plentiful. In 2018, US president Donald Trump’s administration dismantled a unit in the White House responsible for preparing for pandemics. In 2019, the US Department of Health ran a months-long simulation of a respiratory virus that spread from China and, in so doing, predicted inadequate physical distancing and plenty of in-fighting among federal departments and states. The US Federal Emergency Management Agency had warned of pandemic vulnerability months before the pandemic. Today, there are more than 7 million cases in the US—the worst record in the world.

Obstinance in the face of warning does not apply just to pandemics. An entire commission was established to find out how US intelligence and security forces got so blindsided on September 11, 2001. George Tenet, the director of the CIA, had heard whispers of a potential attack and stormed into national security adviser Condoleezza Rice’s office with news of an imminent extremist threat. Rice later wrote she did not recall that direct warning from the CIA chief “because we were discussing the threat every day.” Not a specific threat but the general, spectral idea of an attack on American soil someday soon.

With increasing complexity, our world has become a multitude of looming disasters and impending catastrophes, each coming with the direst warnings from the most wizened experts. Yet each scenario remains unpredictable in its precise timing or how exactly it might escalate. To be fair, conjuring up two commercial airplanes commandeered by suicidal hijackers and flown into the World Trade Center or imagining a virus originating from a bat in a Chinese wet market that forces a worldwide lockdown are not skills most of us possess, especially our leaders. It’s more in the realm of screenwriters like Scott Z. Burns, who wrote the 2011 thriller Contagion (which rather presciently chronicles a virus originating from a bat).

We are fundamentally bad at gauging threats. Research shows that we view danger not with our calculated, higher-order thinking but with base and instinctual hunches. We were designed for threats up-close and carnivorous: the short-faced bear in the tall grass and the sabre-toothed Smilodon stalking the plains. Abstract dooms hovering above us, waiting for a spark? Not so much.

Even when we do work hard to plot the path of disaster, complete prevention is impossible. In the Second World War, the British expected a naval assault on Singapore and armed the south with cannons pointed to the sea. The Japanese came from the other side, through the Malaysian jungles, on bicycles. In the wake of the North Sea flood of 1953, the Dutch built the mightiest dike system ever—only for the next destructive tide to come from the inland waterways.

In a way, that was COVID-19. One reason US health authorities did not have enough test kits was because they had reportedly been anticipating a different type of pandemic—not coronavirus but influenza, like the 2009 swine flu, which required completely different test kits.

We cannot be prepared for every eventuality, and it is the ones for which we are unprepared that will devastate. Every feature of COVID-19 hits at our raw, exposed nerves. It spreads through the air, and we have a complex web of international travel. It is mild enough to be passed by unsuspecting carriers, and we live in densely packed cities. It causes breathing difficulties, and we lack ventilators. Thus, the path of the pestilence is a bit like how lighting arches across the sky: even with the massive electrical resistance of the air, the bolt finds a way. And its specific path—narrow, winding, and unpredictable—is paved precisely because of that resistance and not in spite of it.

There is a lesson to be learned from the pandemic, but that lesson is not, as the saying goes, to emulate the generals who are always fighting the last war. We came to realize the importance of ventilators, after all, precisely because so many died. We can make note of what was not done this time and start doing it for the next. But it’s also likely that the next crisis will be just slightly different in where it begins or how it afflicts people or spreads.

Conquering the current pathological threat will occur only when we find a vaccine, but it won’t address the deeper underlying issue: the world has been caught off guard by an epic crisis that has made grand spectacle of our inherent blind spots and narrow vision, our helplessness against the vast spectre of the unknown, and our repeated cycles of blame-laying when faced with calamity.

The lessons from the pandemic, in other words, are that the threat we do not see will have the most impact and that we do not know what we cannot know. To be truly ready for the next crisis, we have to accept there will always be a calamity for which we are ill-prepared.

Adapted from Field Notes from a Pandemic: A Journey through a World Suspended. Copyright @ Ethan Lou, 2020. Published by Signal/McClelland & Stewart, a division of Penguin Random House Canada. Reprinted by permission of the publisher.

Ethan Lou’s Field Notes from a Pandemic was named among the CBC’s best nonfiction of 2020. A former Reuters reporter, he has served as a visiting journalist at the University of British Columbia. He lives in Toronto.
Natalie Vineberg

Natalie Vineberg is a designer at The Walrus.

How Much Is the Life of an Essential Worker Worth?