Why Are We So Obsessed with Scammers? | The Walrus
Skip to content

The year 2022 has shaped up to be the year of the scammer. In April, just two months after The Tinder Swindler—a story about a man who engineered a Ponzi scheme to con multiple women out of hundreds of thousands of dollars—made its Netflix debut, it became the streaming service’s most-watched documentary of all time. TV series and documentaries of a similar vein have taken the likes of Elizabeth Holmes, Anna Delvey, and Billy McFarland and turned them into household names, making them famous for their ability to piece together the illusion of success out of shards of failed business endeavours. Holmes, the ex-CEO of the now-defunct Theranos, was found guilty of four counts of fraud and conspiracy for running a supposedly revolutionary medical diagnostic company without any actual working technology, defrauding investors of over $140 million (US). Delvey, who was found guilty of larceny, pretended to be a German heiress to defraud banks and hotels of millions of dollars. Meanwhile, McFarland scammed investors out of $26 million (US) for his Fyre Festival, only to leave hundreds of people stranded in the Bahamas when the event failed to materialize. The sham festival quickly became an internet meme and landed him with a six-year prison sentence.

While these shows have put faces to some of the buzziest scams of the decade, the reality is that the fraud industry is much larger than a faux heiress or a wayward event organizer, relying heavily on anonymity over an ostentatious personality to thrive. The internet, especially, has made scams ubiquitous. Some are commonplace, like phishing campaigns that defraud thousands of people a year by requesting sensitive information, such as credit card numbers. Others are more sinister. At the end of February, while the world watched Russia invade Ukraine, an NBC investigation found that some TikTok users were attaching warlike soundtracks—filled with gunshots and sirens—to videos purported to be of Ukraine, then asking for donations. More recently, an Ontario couple was scammed out of their life savings—$1.2 million—after being made to believe they had won a US lottery.

And, while scams are growing more creative, they’re also increasing in number and scope. According to the Canadian Anti-Fraud Centre (CAFC), instances of many kinds of fraud—from identity fraud to phishing to extortion—increased in 2021. For romance scams, like that of the Tinder Swindler’s, the number more than doubled, from 899 to 1,928, between 2020 and 2021. This trend isn’t unique to Canada: in 2021, the UK’s National Cyber Security Centre prevented over 2.7 million attempted cyber frauds—almost a fourfold increase from the year before. Meanwhile, in the United States, the Federal Trade Commission revealed that consumers lost over $5.8 billion (US) in 2021 through fraud, mostly in the form of scams.

So, as scammer stories rise to the top of the streaming charts, one can’t help but wonder: Why are we so eager to watch others get tricked, cheated, and heartbroken when we’re becoming more and more susceptible to these ploys ourselves?

People have been telling stories of fraud—both in praise of con artists and as warnings to possible victims—for centuries. One of the earliest and most well-known collections was The Book of Swindles, a series of short stories published around 1617 which, as the title suggests, focuses entirely on tales of fraud. It was written at a time when many areas of Ming-dynasty China were experiencing a boom in commerce, and the book offers up both suggestions on how to siphon off some of the new capital and advice meant to protect people from crooks.

Much like The Book of Swindles was written to quell the paranoia that accompanied increased trade, the kind of scam stories we’re seeing now are a marker of our times. It’s no coincidence that the Tinder Swindler and the con artist at the centre of The Puppet Master: Hunting the Ultimate Conman, which debuted on Netflix earlier this year, used dating apps to find their victims, nor that Billy McFarland used social media marketing and influencer hype to drum up millions of dollars for a festival that didn’t deliver any of its luxurious promises. As Gabrielle Bluestone writes in the book Hype: How Scammers, Grifters, Con Artists and Influencers Are Taking Over the Internet—and Why We’re Following, a through line to McFarland’s schemes was that they occurred primarily online, where they could be easily disguised as well-advertised products hyped up on social media.

“Technology has enabled scammers to reach people they wouldn’t otherwise reach with no cost to them,” says Martina Dove, author of The Psychology of Fraud, Persuasion and Scam Techniques: Understanding What Makes Us Vulnerable.

According to Dove, one of the things that draws audiences to scams—both now and historically—is self-preservation. Just look at true crime. In a collection of studies from 2010 by the University of Illinois at Urbana-Champaign, researchers found that women outnumbered men when it came to the consumption of true crime literature. Their research found that women were more likely to choose true crime books centred on female victims and suggested that their motivation was linked to a desire to learn about the possible ways to prevent or survive a violent crime. “When we’re seeing stories about scams, we think, ‘I’m glad this didn’t happen to me,’” says Dove. “By watching these series, especially with fraud, people think they have more control over it than they do. . . . Through these stories, people try to see how they can grow smarter.”

Of course, it’s hard to gloss over the thrill—or occasional delight—of watching some people, mainly socialites and millionaire investors, fall for scams. The Germans have a word for the phenomenon: schadenfreude, which translates to “malicious joy,” or the perverse sense of glee at the misfortune of others. Twitter users found the Fyre Festival debacle more funny than outrageous, cracking jokes about everything from the bungled accommodations to the sad cheese sandwiches guests were served in lieu of the luxury they were promised (one tweet even called organizer Ja Rule a “populist icon”). More recently, Twitter had very little in the way of sympathy for celebrities affected by the FTX cryptocurrency crash, where people like Tom Brady and Stephen Curry lost millions in investments after the company filed for bankruptcy. One user even used FaceApp to make Brady look much older, suggesting that he will be playing football for decades to make up his debt.

There’s a sense of satisfaction that comes with believing that we, ourselves, would never fall for these sorts of tricks—and that the people who did surely had it coming. As an explanation, Dove points to the “just-world hypothesis,” a cognitive bias that leads us to believe that people get what they deserve: good things only happen to good people, and so on. This theory harkens back to Aristotle, who defined justice as being what is lawful and fair, but was more concretely defined by American social psychologist Melvin J. Lerner in his 1980 book The Belief in a Just World: A Fundamental Delusion. In it, he argues that human beings need to see the world as just so as to feel that their actions and environment are controllable. In other words, people need to believe that their morality will be acknowledged and rewarded, metaphysically and not.

But therein lies the problem—and the urgency for well-made true crime content. It’s easy to lose nuance if we’re made to feel ambivalent toward those who get scammed. In the Hulu adaptation of Elizabeth Holmes’s story, The Dropout, Holmes is pitted against her investors. For the average viewer, it might be hard to empathize with the venture capitalists who poured millions of dollars into her company; they didn’t do their due diligence in researching Holmes’s endeavour before they invested, so joke’s on them, right? But they aren’t the true victims here. The victims—lost in the drama politics of the show—are the people who used Holmes’s faulty product and received incorrect, often concerning, medical results. One woman was wrongly diagnosed with an autoimmune disorder; another man was erroneously urged to switch medications, which he believes caused him to later require heart surgery.

However, done correctly, scam media could destigmatize fraud and empower people to report the schemes they fell for—an important step in obtaining justice, since the CAFC estimates that less than 5 percent of victims report their experience. The women from The Tinder Swindler, for instance, describe feeling relief upon meeting one another, explaining that they feel less alone in their experience. Together, they turned to law enforcement and were able to assist in the capture of the scammer—who had until then been able to avoid his comeuppance by moving from country to country. In an interview with Arab News after the series premiered, Pernilla Sjoholm, one of the alleged victims, said, “We are trying to take away the shame that surrounds fraud. I think it’s so important to stand up there and say this could literally happen to anyone.”

So, while there’s no harm in being entertained by the world of scams, it’s important to remember that it can be one email, text, or phone call that separates us from those we see on screen. “Everybody can be scammed. When people think it won’t happen to them, they’re less careful and less scrutinizing,” says Dove. “But there’s a scam out there for everyone.” Perhaps people like the Tinder Swindler can, at the very least, remind us to be on the lookout.

Michelle Krasovitski is a writer and film critic based in Toronto. Her coverage of Sundance, Hot Docs, and TIFF has appeared in Xtra and Little White Lies. Her other work on culture, language, and identity has been published in Teen Vogue, Business Insider, and the Toronto Star.
Celina Gallardo 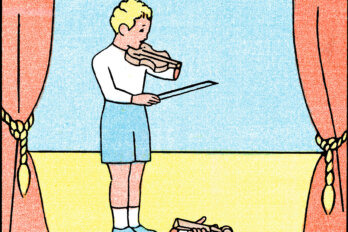