When Tenure Never Comes | The Walrus
Skip to content 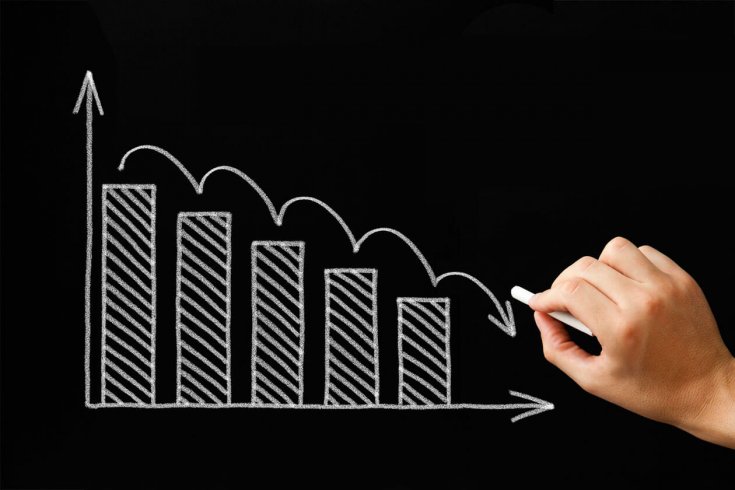 Last Thursday, I lost my job. Despite conversations with over thirty colleagues who professed support for the renewal of my contract, the Deans at the university where I’ve worked since 2008 weren’t listening. Like a piece of once-glistening pork left out on a counter, I’ve expired. Of course, I know I’m already well beyond my best-before date. That date was somewhere around 2011, the five-year mark of the completion of my PhD. At this point, I’m supposed to be tenured or long gone. Instead, I’m a “contingent academic.”

The phrase has sprung up as an umbrella term to describe people in my situation. Scholars who’ve trained for the professional life of an intellectual, teacher, or researcher but remain second-class citizens without a tenure-track position: adjunct, sessional, or contract faculty. Contingent academics are hired for three-month courses at a time, or a nine-month replacement, or even a two-year “limited” contract. There’s no question this kind of casual employment can be beneficial to both universities and academics. It gives graduate students a means to support themselves while looking for a permanent position. Such gigs, however, become demoralizing when they turn habitual; when a university department or program continuously hires you on short-term rolling contracts, without any intention of making you an “honest man,” as my father would put it.

Of course, I live in hope. The one thing an academic craves is institutional affiliation—we don’t “exist” until that happens. So you work hard at your research and publishing in case you get some traction on a job application you’ve sent out. And I’ve done that: my first book came out in 2011, and I’ve published a series of articles, and book chapters, as well as held my own research grant. During all of that, I completed two postdoctoral fellowships and obtained a fourth degree. I’ve also lectured, given papers and have been invited to seminars in the US, UK, France, and Germany. Maintaining this scholarly profile is what a friend calls a “compulsory hobby.” Every day for the last decade, I’ve hoped this hobby will lead to a tenure-track position where I’ll be paid. But the chances of that seem to be shrinking.

It could have been much worse. Contingent academics are often forced to move continually, or commute extensively, chasing contracts here and there. In the US, many in my situation are on food-stamps. The over-educated precariat class is just a new addition to the migrant proletariat. But I’m something of an exception. After my postdoctoral fellowship ended in 2010, I’ve had a series of cobbled together contracts from the same institution which have let me weather the financial storms of the past eight years fairly well. Sure the contractual ups and downs have been tricky, and at times it’s been difficult to afford new pants, but it has had a certain stability. There are jobs in the southern US and in the UK, which would take me away from family and a new relationship that I cherish. I don’t need to start building a life from scratch in my late thirties. I definitely don’t need to do it for a nine—or three-month contract without benefits, or costs of moving. And if we’re talking about the US, I don’t need to be dealing with signing religious codes of conduct or dealing with campuses where eighteen-year-olds can carry concealed guns.

But that doesn’t mean I’m not up a creek. After eight years at the same institution, I’m often mistaken for being permanent faculty. Even my tenured colleagues sometimes forget. It causes all kinds of absurdities. Undergraduates wonder what courses I’m teaching next year, but I don’t know if I’ll have a new contract. I can’t supervise PhD or MA students, but I am asked to regularly. I’ve had to explain why I can’t make long-term commitments for the development of new programs as an administrator without a permanent faculty member able to back me up.

The disconnect between my scholarly profile and my academic employment can be stark. I once sat in a colleague’s office as he chatted with another new assistant professor about tenure requirements. The two disclosed who had submitted a grant proposal and whose book was near publication—all of which are needed for tenure. I was the only one in the room with books, articles, and a recently awarded grant. Though I wasn’t in a tenure-track position, I found myself giving them advice while trying not to scream at the same time.

Sometimes you can’t win for losing. That grant my colleagues were ogling in the office? It was so I could lead a research team of tenured faculty and their students. Great, right? Except my contract was due to expire, and although my department threw me a course for one term, and another offered part-time admin work, funding regulations meant the grant couldn’t pay my salary as its lead researcher. It was either accept the grant, and take the financial hit, or move somewhere to teach for a few months. Teaching wouldn’t look as impressive on my CV, so I stuck with the grant. For much of the year, I was on employment insurance benefits. My student researchers made more than I did.

It’s definitely common to put career over financial stability early on. Racking up debt on a credit card is better than coming out of your doctoral program still-born. In the spring of 2007, I forked out over $2000 to attend two conferences in the UK. The first one was a dud and at the second I was cut off half-way into my paper. There’s nothing quite like having an established academic decide that hearing eight minutes of the allotted twenty would be sufficient. As a self-funded under-employed contingent, I wasn’t going to say anything useful anyway.

My financial reality still makes it hard to keep up with conferences. I haven’t had access to professional development funds since 2010, and unless the conference is near by I can’t attend without some assistance. This summer, I refused to self-fund for conferences in Alberta because the costs of travel, hotel, and registration would have come to nearly two months of rent.

In all likelihood, most academics are able to tell similar stories of self-funding, of being cut-off, or of feeling like impostors despite the depth of their research and the impact of their teaching. Until a tenure-track position arrives, we are academic waifs or the “unrealized” who have failed somehow to live up to our potential. I guess the greatest shift for me over the past two years is recognizing the fact that I am an established scholar regardless of the job.

But owning it doesn’t mean clarity on the job market. A few weeks ago I interviewed for a short-term but ranked faculty position at a comprehensive university some distance from where I now live. It went well; I’m still waiting to hear back. As is normal during these day-long interviews (I’ve had four now, out of nearly 100 applications to Canadian, US, and UK institutions since 2006), candidates sit down with the Dean. The answers I received to the questions I asked her illustrate how much academia is down the rabbit hole.

First, I wanted to know how the university would regard my experience and employment. She reminded me that the position was “entry-level.” Right, I thought: the position’s expectations and responsibilities required an established academic, not someone newly minted. My ten years of experience, the publications, the postdoctoral fellowships, the teaching, research, grants—that international profile—were what got me the interview. But because I’d never held a “ranked” professorial position, I was no different than someone who hadn’t finished their doctorate yet, but had achieved ABD (All But Dissertation) status.

Then I asked if she could substantiate rumors that the position would eventually translate into tenure-track position. This answer was more troubling. “Universities aren’t really looking to make thirty-year commitments anymore,” says the beneficiary of such a sinecure. In the space of five minutes this Dean had summarized my plight: because I’ve never held a tenure-track position, my decade of productivity put me in no greater standing for a job than someone fresh out of grad school; and those tenure-track positions—the only means to vindicate that work—aren’t in the interests of higher-education administrators.

It was quite clear that if this university was having commitment issues on the first date, the position might not be for me. You see, my current university just isn’t that into me either, even after eight years. At this point I’m looking for something more than the academic equivalent of a summer tryst.

I’ll admit to being slightly amused by the absurdity of it all. The latest turn in the comedy of my non-committal relationship with my soon-to-be-ex-university is that I’ve received a merit award for my academic work for the past calendar year. I’ve been told it’s not a bonus, but an increase to my base salary annualized over bi-weekly paycheques. The catch? I’m getting three paycheques worth of it, something like $300 out of $3250 or so. After eight years, there’s no severance, and, because I’m “leaving” my position, the remainder is forfeit. It’s an amount which could pay rent for three months. The sum is this: my scholarly activities and output in 2015 were enough to merit recognition. But I still lost my job.

And so, like any scholar, despite my expiration, and the long-gone best-before date, I’m back at my “hobby.” At this point, I know the game enough to able to keep the hounds at bay. I’m a musician. I used to paint and design quite a bit. If I can make a buck doing it, great. I’ve also spent the past decade working in a new field that has desirable skills. I had a phone interview last week and I’ve been head-hunted by a private start-up fifteen minutes from my apartment.

I haven’t given up the tenure-track hunt completely, but the odds are stacked hopelessly against me. The academic job market is now like high-stakes gambling. Folks like me sit at the table, waiting for a big break that never comes.

Stephen Black is the pseudonym of a Canadian academic.