When America Declared War on Us | The Walrus
Skip to content 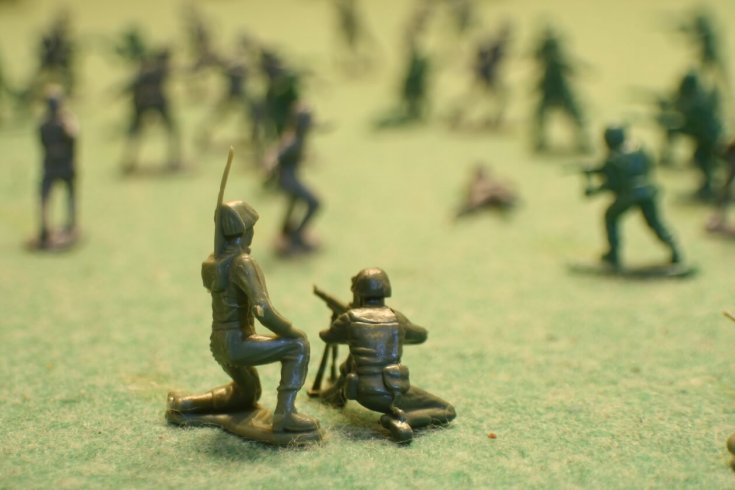 After 146 years of peace on Canada’s southern border, armed conflict with the United States is almost unthinkable. But when anti-American sentiment runs high in Canada, authors have resorted to imaging such a conflict in fiction.

The most notorious fantasy of US aggression was Richard Rohmer’s 1973 novel, Ultimatum. A political thriller set in 1980, the narrative features an unnamed US president, facing a natural-gas shortage in his country, issuing an ultimatum to the Canadian government: agree to a continental resource-sharing plan or face severe economic sanctions. When Parliament unanimously rejects the ultimatum, the President moves to annex Canada via an invasion force.

Ultimatum was the first novel by Rohmer, a real-estate lawyer and Progressive Conservative Party insider. Earlier in 1973, he had published a nonfiction book, The Arctic Imperative, which advocated for the exploitation of Canadian energy resources in the North. When that book failed to have the impact he wanted, he turned to writing his novel to make a similar point. Consequently, didacticism is never far from the surface of Ultimatum, much of which takes the form of briefings and speeches about Arctic resources and the state of Canada-US relations. Partly for that reason, reviewers didn’t admire the book. Robert Fulford characterized it as “a dull, brief little novel with cardboard characters.”

By the end of 1973, however, Ultimatum was the bestselling novel in Canada. Rohmer’s book was very much of its moment, as the recent energy crisis in the US had drawn attention to America’s resource needs and to Canada’s attractiveness as a supplier. Nationalists feared that Canada would lose its sovereignty in the face of American demands for our resources. That fear was heightened by the 1969 and 1970 attempts of the US oil tanker Manhattan to navigate the Northwest Passage. The ship was ultimately stymied by pack ice, but its efforts caused an uproar. Canada claimed key portions of the Northwest Passage as territorial waters, while the US government insisted they were international. For many Canadians, the Manhattan’s voyages had the markings of a US takeover. The House of Commons responded by passing the Arctic Waters Pollution Prevention Act, which extended Canada’s territorial claims from three to twelve miles from its coasts based on what the government called the “right of self-defence” against pollution.

By the time Rohmer dramatized Canada-US conflict in Ultimatum, North American relations had chilled further. President Richard Nixon briefly instituted a 10 percent surcharge on Canadian imports in August 1971. The next year, Nixon announced the end of any special relationship between Canada and the US. Although most Canadians still didn’t think the US would ever actually invade, by 1973 Rohmer could count on titillating them by exploring the idea.

In 1974, Rohmer published a sequel to Ultimatum called Exxoneration. The novel’s beginning is just as preposterous as its title, depicting the successful repulsion of the US invasion by a Canadian force consisting largely of reservists. The abundant detail with which Rohmer describes the Canadian military actions and the technology involved has its own didactic quality, serving as a lesson about the logistics of combat and teaching readers to think militarily. Moreover, Exxoneration tries to convince its readers that the real-life Canadian military of the time had the know-how and sang froid to direct a defence of the nation. Simultaneously, by showing the American military to be ill prepared for the situation on the ground in Canada, Rohmer echoed concerns about the US failure to understand the situation in Vietnam.

Rohmer wasn’t alone in narrating a vigorous Canadian self-defence against the US military during the Vietnam War. Several authors who imagined Canada as another Vietnam in its susceptibility to US aggression also imagined Canada putting up a fight. In 1968, Bruce Powe’s novel Killing Ground dramatized a Canadian civil war between Quebec and the rest of the country. Hostilities lead to a blockade of the St Lawrence Seaway, and the United States invades. Powe imagines Quebec and Ottawa forging an alliance to repel this US occupation. When Alberta-born Canadian Armed Forces soldier Alex Hylnka, the novel’s protagonist, is informed of this partnership, he asks a fellow officer how the US can be stopped. His colleague replies by referencing guerrillas in Indochina: “Ever hear of the Viet Cong or the Pathet Lao?” Hylnka counters, “You’re talking about jungles thousands of miles away.” But the other officer insists: “We’ve got bush and darkness and the will to fight.” In this moment, Powe cannily gives voice to readers’ own doubts about the plausibility of Canadian resistance and aggressively rebuts them.

Ian Adams’s 1971 novel, The Trudeau Papers, followed Killing Ground by presenting a scenario in which the US occupies Canada and faces a fierce Canadian resistance movement. The book makes unsubtle connections to the war in Vietnam. US helicopters drop napalm on Canadians, and American Vietnam veterans fire indiscriminately on unarmed civilians. The soldiers’ willingness to commit atrocities stands as a judgement on how the Vietnam War had conditioned American soldiers to think about killing. Like Killing Ground, The Trudeau Papers also makes the case for its own plausibility. The protagonist claims that because the occupation of Canada was sparked by a US hunger for natural resources, it makes “far more sense” than does America’s “series of wars and invasions of southeast Asian countries.”

At the level of political policy, the idea that Canadians needed to embrace militarism in response to American imperialism remained a radical position that few people actually advocated, even during the Vietnam War. But these novels had an appeal for who thought that the then-increasingly popular vision of Canada as a “peaceable kingdom” would leave the country overly vulnerable to America. Invasion narratives were attractive to those who associated a country’s strength with military power and muscular masculinity. And at a time when the women’s movement was challenging traditional gender roles, narratives of Canadian resistance celebrated those roles, depicting men as warriors, commanders, and saviours, while consigning women to the status of helpmates and sex objects.

With Quebec separatism frequently in the news, invasion scenarios also encouraged people to think of Canadians not as divided by internal differences but as united in the face of a common enemy. And invasion fantasies simplified the Canada-US relationship, which was tremendously complicated during the Vietnam War. Canadians often saw their country as a victim of American dominance and as committed to peacekeeping rather than to war. But the Canadian government generally refrained from criticizing the US war effort in Vietnam, and many Canadian companies made materiel for the American military. Rather than inviting Canadian readers to consider their complicity or quiescence with respect to US military violence, invasion fantasies offered Canadians the vicarious, exculpating, subversive thrill of considering themselves akin to Vietnamese communists as targets of American aggression.

The vogue for Canadian narratives of US invasions faded with the Vietnam War, but they enjoyed a minor resurgence after the 2003 US-led invasion of Iraq. In 2011, Tom Omstead’s novel The Red Wing Sings dramatized a scenario in which, after the intentional crashing of a plane into a nuclear reactor in Michigan causes devastation across the Midwest, the United States blames Canada for the attack and invades. In 2012, two similar books were released. One of them, a graphic novel called USNA: The United States of North America, written by David Longworth, Harry Kalensky, and Allan Stanleigh. It imagines that Canada and the US have amalgamated into the titular military-controlled nation-state, and that a Canadian resistance movement develops, with the rebels exploiting their knowledge of the wilderness in order to succeed. In one sequence, they even travel by canoe. In the other book, Joe Mackinnon’s novel Faultline 49, a 9/11-like terrorist attack leads to the US occupation of Canada and a ferocious guerrilla resistance. Mackinnon repeatedly compares the occupation to the American presence in Vietnam.

One reason you probably haven’t heard of The Red Wing Sings, USNA, or Faultline 49 is that they weren’t published in the kind of nationalist climate that existed during the Vietnam War. There were Canada-US frictions during George W. Bush’s presidency, and political commentators haven’t failed to notice echoes of the Vietnam War during the wars in Iraq and Afghanistan. But Canada’s participation in the war in Afghanistan has made it difficult for Canadian nationalists neatly to oppose Canada to the US, while the number of American deserters arriving in Canada has hardly approached the number of war resisters who crossed the border during the Vietnam War.

That said, the fact that books such as The Red Wing Sings, USNA and Faultline 49 continue to be written, along with the fact that they’re so similar to their Vietnam War-era predecessors, indicates that US invasion narratives have a certain ongoing appeal. For one thing, they allow for the Canada-US relationship to be dealt with in a straightforward, plot-driven way, and they construe the actions necessary for the preservation of Canadian sovereignty as no more difficult or complex than the execution of various military manoeuvres. Rather than mucking about with the complicated details of America’s cultural and economic dominance, invasion scenarios reduce the problem to a single, totalizing danger that jeopardizes the entire Canadian population, and not just in terms of people’s incomes or choice of TV programs but in terms of their very lives.

Likewise, stories of a Canadian military resistance to the US continue to facilitate fantasies of a united Canada, in contrast with the ongoing reality of regional, political, and ethnic differences in the country. And as the allusions to the Vietnam War in the contemporary novels suggest, resistance stories permit their writers to express a nostalgia for a time when a vociferous nationalist movement was led, in part, by authors who could count on a considerable audience to listen to them.

Robert McGill is a novelist and professor at the University of Toronto.