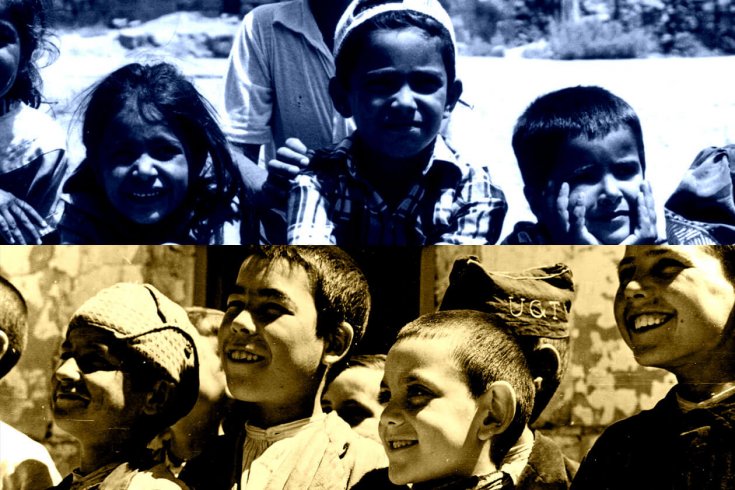 On Tuesday, Syrian warplanes dropped chemical weapons on the rebel-held province of Idlib. Dozens of people died, including children, the latest in a series of brazen war crimes committed by Syrian President Bashar al-Assad’s forces. The Idlib attack follows a recent Amnesty International report providing evidence that, since the start of the Arab Spring in 2011, the Syrian government has hanged between 5,000 and 13,000 people at Saydnaya military prison. Only four months ago, Western powers watched in horror as Russian bombing, Iranian militias, and Assad’s indiscriminate tactics destroyed the city of Aleppo, killing thousands of noncombatants in the process. At the United Nations, former US Ambassador Samantha Power addressed the responsible parties: “To the Assad regime, Russia, and Iran—three Member States behind the conquest of and carnage in Aleppo—you bear responsibility for these atrocities.” Armed with nothing more than images of the rubble, Ambassador Power asked, “Is there literally nothing that can shame you?”

Global inaction in the face of unfolding horrors is all too common, but one historical parallel stands out—the Spanish Civil War. With the exception of a few superficial differences—in Spain, the weak but democratically elected Republican government faced a military coup supported by foreign powers, while in Syria, it is the government receiving the bulk of foreign military aid—the comparison is eerie. Picasso’s Guernica, which famously depicted the horrors of aerial bombardment, could have been painted in Aleppo or Idlib.

The many similarities between the Spanish and Syrian civil wars are underscored by one of the best books of 2016, Adam Hochschild’s Spain In Our Hearts. Hochschild’s vivid portrayal of foreign volunteers in the Spanish Civil War demonstrates how, despite the moral clarity of those who put their lives on the line to fight fascism, the political establishment in democratic states refused to intervene in a muddled, confusing conflict. In that, the Spanish Civil War offers a cautionary tale for the Syrian conflict: isolationism and neglect can be the worst long-term outcome.

The analogy begins with the sheer barbarism of the wars. Just as the Syrian civil war has been characterized by crimes of sexual violence, mass executions, and the Islamic State’s destruction of cultural artifacts at Palmyra, so too was the Spanish Civil War marked by grotesque crimes that tore apart any semblance of a unified state. Hochschild reminds us that the poet Federico García Lorca was shot in his hometown of Granada, buried alongside 5000 Republican supporters. Little wonder that at war’s end, half a million Spanish refugees streamed across the Pyrenees into France—a fraction of the number of displaced Syrians pouring into Jordan, Turkey, and elsewhere.

The war in Syria, like Spain long before it, has received extensive news coverage, but this time the reporting has been supplemented by live text, Facebook ,and YouTube dispatches from affected communities. “Please, save us, thank you” said Bana al-Abed, a seven-year-old Syrian girl, in a December video posted to Twitter. Bana’s plea joins the exhaustive documentation of the Syrian Observatory for Human Rights and the widespread dissemination of the now iconic pictures of Alan Kurdi, a three-year-old boy who washed up dead on the beach in Turkey, and five-year-old Omran Daqneesh, the child who sat stunned in an Aleppo ambulance, wiping blood from his face. On Tuesday, activists and residents posted graphic videos of aftermath of the chemical weapons attack—ordinary citizens gasping and struggling to breath or foaming at the mouth as rescue workers ripped off victims’ clothes and hosed them down. Of course, Assad’s defenders have told a different story, disputing the accuracy of seemingly damning evidence and broadcasting a steady stream of Islamic State (also known as ISIS or ISIL) horrors to justify government repression. Eighty years earlier, Spain was overrun by journalists following the war, a crowd that included Ernest Hemingway, Martha Gelhorn, and the intrepid Virginia Cowles, who managed to report from both the Republican and Nationalist camps. In a four-year period, Hochschild writes, the New York Times ran more than 1,000 front-page headlines dedicated to Spain and featured dueling accounts from Herbert Matthews, a passionate defender of the Republic, and William Carney, an anti-communist Franco supporter.

Syria, like Spain, is a multi-sided conflict. The opposition to Assad has fractured into the Free Syrian Army, ISIS, and a number of armed militias. In Spain, anarchists, organized labour, and anti-Stalinist parties clashed with the government almost as frequently as they did with Franco’s forces.

Foreign military intervention (and the conspicuous abstention of the United States as a potential counterforce) represents another tie between Spain and Syria. Beginning in 1936, the Nationalist rebellion received staggering sums of aid from Hitler and Mussolini. German and Italian aircraft openly bombed Barcelona and Madrid, testing the technology they would later deploy against other states. When the Spanish Republic’s pleas to buy arms went unheeded by Britain, France, and the US, Stalin sent Soviet military advisors, pilots, and tank crews. Stalin’s support carried with it a steep price: control of the Spanish government’s secret police and the suppression of Trotskyist and other anti-Stalinist left wing parties. But as Spain burned, Western democracies maintained an arms embargo and a rigidly neutral posture toward the Republic, a policy that Franklin Roosevelt later called “a grave mistake.” Today, Assad owes his continued authority to Russian and Iranian support. For the past five years, the US has refused significant unilateral involvement, even after Assad crossed the chemical weapons ‘red line,’ while Russia and China have ensured paralysis at the Security Council. Looking forward, Trump’s admiration for isolationist rhetoric and Putin sends a clear message to the battered Syrian opposition that there will be no US-led rescue. The news is even worse for Syrians fleeing the conflict; both of President Trump’s recent Executive Orders seek to suspend refugees from entering the United States for 120 days and bar the issuance of new visas to all categories of Syrians.

The presence of individual volunteers in the conflict recalls another poignant commonality. In Spain, some 40,000 foreigners defied their own governments to join the fight for the Republic, including an Englishman named Eric Arthur Blair, better known as George Orwell. Spain In Our Hearts recounts the efforts of a University of California Berkeley graduate student Bob Merriman and his wife, Marion. Bob led the American battalion and later became chief of staff of the Lincoln Brigade. Wounded in battle, Merriman recovered, trained hundreds of troops (including Canadians organized as the Mackenzie-Papineau Battalion), and died in combat during the Ebro River retreat. Fifty years later, Marion received a letter from an aging Valencia furniture maker who had fought beside Bob, attesting to the Lincoln commander’s bravery at the Ebro and expressing his admiration for an ideologue willing to die in the struggle against fascism.

Hochschild’s research reveals that leftist volunteers were not the only foreigners involved in the war. Texaco’s CEO, Torkild Rieber, enthusiastically supplied Franco with oil at below market prices while providing the Nationalists with intelligence about Republican oil shipments. By 1939, Rieber had transferred his affection for fascists to Hitler, selling Texaco oil to the Nazis, ordering tankers from Hamburg shipyards and travelling to Germany after the Polish blitzkrieg at Göring’s personal invitation. When British agents exposed Rieber’s actions, Texaco’s board forced him to resign, an embarrassment that was quickly mitigated by his next job as chief American buyer for Franco’s oil monopoly.

The Syrian civil war also features participants from dozens of countries, but instead of fighting for democratic values or motivated by profits, most foreigners in Syria are aspiring militants who have joined the Islamic State. There are exceptions—in December 2016, Canadian Nazzareno Tassone was killed in combat alongside Kurdish troops fighting ISIS, and American Matthew VanDyke took up arms against the Assad regime and made a film about it—but the majority are jihadists intent on realizing their violent fantasies in Syria, several thousand of whom hold European passports.

The full significance of Idlib, Saydnaya, and Aleppo may not be known for years but the signs are ominous. Hochschild makes a convincing case that the tepid response of Western democracies to Hitler and Mussolini’s massive involvement in Spain encouraged Germany and Italy to think they could steamroll other countries and bought Spanish support during the Second World War. If Assad and Putin can get away with murder in Syria, what will they be emboldened to do next? And will the oil industry continue to influence the foreign policy of states that could lean on Assad? For all of his fervor, Torkild Rieber represented a single company. By contrast, US Secretary of State Rex Tillerson, the CEO of Exxon until December 2016, is tasked with representing American interests abroad. Will Tillerson be reluctant to confront Russia on Syria because of Exxon’s investments in Russian oil?

Hochschild’s title comes from an Albert Camus quote. Obviously anguished, Camus wrote that Spain taught us “one can be right and yet be beaten, that force can vanquish spirit, and that there are times when courage is not rewarded.” In the aftermath of Assad’s gruesome advances, the Spanish Civil War contains additional lessons: that states do not hold a monopoly on the instruments of war, that sometimes no amount of coverage will move the international community to intervene, that a conflict capable of attracting thousands of foreign fighters might be a harbinger of a larger battle ahead, and that, yes, there are human-rights abusers and their enablers who truly have no shame.

Noah Novogrodsky is a law professor at the University of Wyoming and a research fellow at the Human Rights Center of UC Berkeley School of Law.