What Is My Job Worth to You? | The Walrus
Skip to content 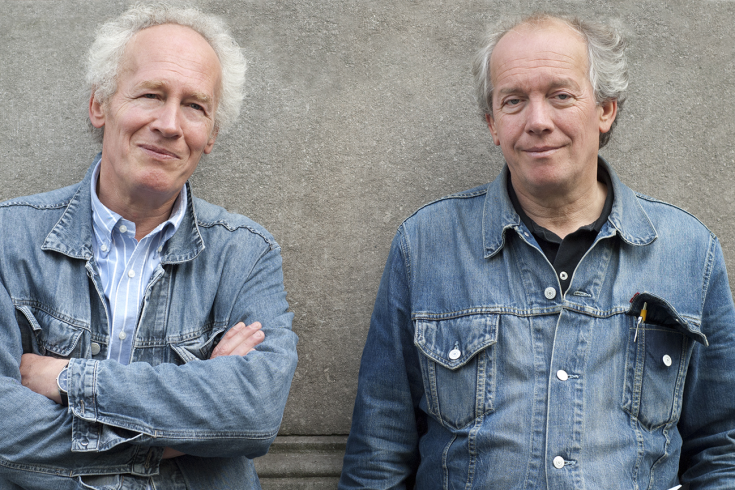 Photograph of Jean-Pierre and Luc Dardenne courtesy of Wildbunch

Film directors know how to tackle the problem of dire poverty: it’s easy for the camera to show a squalid apartment, or a homeless man pushing a shopping cart through an alley. But the problems of income inequality and job insecurity—which afflict the lower and middle class in ways that aren’t always visually obvious—have proven more tricky. Yes, characters often lose their jobs in the movies: Whether it’s Dirty Harry giving up his badge or Jerry Maguire getting canned for showing that he cares, forcibly separating a protagonist from his profession is a surefire way to create a sense of audience identification. But there are precious few films that take job loss as their actual subject. And when they do, it’s typically in an absurdist vein, as in the cult classic Office Space.

Belgian filmmakers Jean-Pierre and Luc Dardenne’s new drama Deux jours, une nuit (Two Days, One Night) is an exception. A critical hit at last year’s Toronto International Film Festival, it centres on an assembly line worker, Sandra (Marion Cotillard), who is laid off after missing work during a bout of depression. As the film opens, she’s prone on her bed, literally and figuratively laid low by the bad news. Shuffling to her bathroom medicine cabinet for a tranquilizer, she looks dazed and defeated in a way that glossier movies on the topic wouldn’t even attempt.

In a 2012 article for the progressive website Alternet, Lynn Stuart Paramore diagnosed job insecurity as “the disease of the 21st Century,” opining that “globalization, outsourcing, contracting, downsizing and recession have conspired to make confidence in a stable, long-term job a privilege that few can enjoy.” The scenario she describes, whereby workers cope with the anxiety of short-term contracts and daily reminders of their expendability by popping Xanax, looks an awful lot like the world of Two Days, One Night, which is set, like all of the Dardennes’ films, in the industrial Belgian suburb of Seraing.

The Dardennes always have thought local when it comes to the politics in their cinema. Their 1999 breakthrough Rosetta, about a seventeen-year-old girl whose moral compass becomes dangerously demagnetized in the pursuit of a job, inspired government legislation on behalf of young workers—known in Belgium as the “Rosetta Plan.” Fifteen years later, Two Days, One Night is unsparing in its depiction of a country whose labour force is impressively diverse and cosmopolitan, but united more by the tenuousness of their mutual situation than any real sense of togetherness.

The protagonist’s strategy in Two Days, One Night—the Sandra Plan, as it were—is an aggressive one. She learns from a colleague that the money the employer saved by firing her was used to give her remaining coworkers €1,000 bonuses; if she can convince enough of them to withdraw their support for this tradeoff, she’ll be reinstated. Her pitch is that she needs the job to help support her household (she has a husband and two young children), but it’s also strongly implied that what’s really at stake is her mental health: Sandra’s self-esteem plunges every time one of her coworkers rejects her request.

As moviemaking, Two Days, One Night is powerful and gripping; the Dardennes remain great directors committed to visual and emotional intimacy. The issue that’s really being debated, however, beyond the film’s dramaturgy, is as ancient and big-picture as it gets: the needs of the individual versus those of the group. Deep-seeded philosophies of social solidarity—even in a country such as Belgium, that has long sustained a commitment to socialist principles—are undermined when there’s money on the table. “It will be a disaster for me if the majority vote for you, but for your sake, I hope that they do,” says one of Sandra’s co-workers, doing his best to reconcile his feelings of abstract sympathy with the more concrete fact that he’d really rather keep his bonus.

Put yourself in the shoes of these co-workers. Many of us would probably like to think that we’d eagerly put our money where our humanitarian mouths (and Tweets) are. But it’s usually true that charity is the luxury of those who can afford it. When times are tight, generosity is always one of the first casualties, followed quickly by guilt.

At one point in Two Days, One Night, Sandra admits to one of her peers that in their position, she probably would keep the €1,000 for herself and her children. The admission suggests that it is not the hard hearts of her colleagues that constitute the real villain here—but rather the larger system of ruthless cost-cutting that has led them all to such wrenching, zero-sum employment trade-offs.

Two Days, One Night doesn’t necessarily propose a cure for what ails our economically insecure societies. But as the saying goes, prescription before diagnosis is malpractice. As usual, the Dardennes put the things that other movies don’t show underneath a microscope.