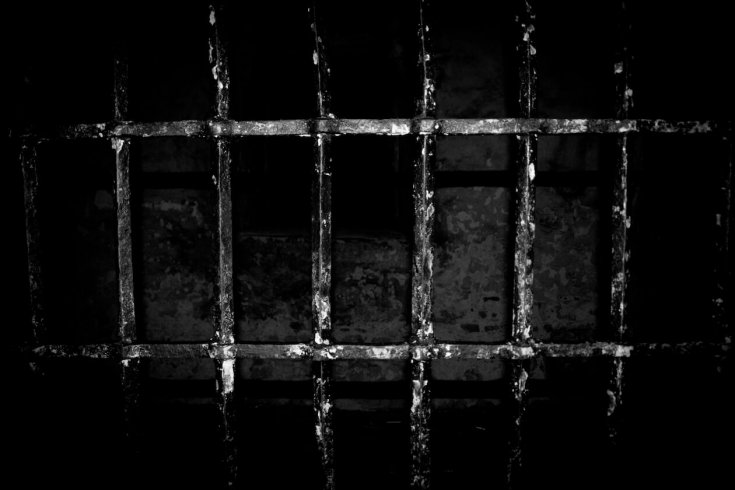 “I miss my mother.” It’s not what I expected to hear from a suicide bomber. Ahmed Qasim al-Khateb had a boyish face—big brown eyes, long eyelashes, missing front teeth, and a caterpillar moustache—but he spoke with unwavering confidence about his sacred mission. His clumsy arrogance reminded me more of a rebellious teenager than a ruthless terrorist. It took some imagination to realize that he was in fact highly dangerous.

Ahmed had been captured by the Kurdish peshmerga troops, crossing into Iraq at the Syrian border. His suicide vest had failed to explode. Now he was behind bars, deprived of both freedom and the glory of martyrdom. “There is only one Allah,” he proclaimed, defiantly holding up his index finger. The salute of ISIS—the so-called Islamic State in Iraq and Syria—symbolized tawhid, the oneness of God. From that sublime premise, the narcissistic narrative of the holy warriors leaped to the improbable conclusion that anyone who disagreed with their ultra-conservative Salafist ideology was an infidel who should be killed. Here I was, a law professor from Canada, sitting in Duhok prison with the celebrated journalist Sally Armstrong, getting schooled in Jihad 101 by a youth half my age.

Ahmed’s lecture in psychotic theology demonstrated the success of the emirs in brainwashing impressionable youth, exploiting their desperate rage for the diabolical cause of the so-called caliphate. But it didn’t take long for him to run out of things to say. As his ideological swagger began to crumble, it exposed a confused and vulnerable adolescent, rethinking his life choices.

“I miss my mother,” he muttered as he was being taken back to his prison cell by the guards. “I wish I could turn time back and go to school. I wanted to become a doctor.”

How had Ahmed the healer become Ahmed the killer? What would make a young man with dreams and ambitions choose death over life? The power of the primal bond with his mother perhaps offered a clue. Evidently, having lost everything, it was a lifeline to the most meaningful connection that he knew. Teenage suicide, as I had come to understand, was about extreme despair, a want of the bonds that make life worth living. It was a question of mental health, not religious ideology. Maybe in another universe, closer to my reality, I would have encountered Ahmed hanging around a shopping mall, texting his girlfriend on the latest iPhone. Instead of fighting a holy war, he would be fighting boredom with the wide range of electronic distractions at his fingertips. For him, the scenes of carnage in Iraq and Syria would be no more than a Facebook post. But whether afflicted by cataclysmic terror or consumerist tedium, one way or another he would have to grapple with what it means to live and die in a world of extremes. Whether in the prison or the shopping mall, there would be no escape from the perennial problem of how the depth of our connections distinguishes a meaningless life from a meaningful death.

Far from the grim reality I encountered in Iraq’s prisons and refugee camps, the blogosphere and television talk shows were buzzing with commentary. The Internet-savvy ISIS was pushing all the right buttons. Its psychological warfare had successfully invaded Western minds. Politicians and pundits, celebrities and saviours, all chimed in to process the shocking spectacle of beheadings broadcast on social media. The sadistic cruelty on display had created a palpable consternation. Angry condemnations mixed with visceral fear and voyeuristic fascination, and the occasional expression of sorrow for the victims. It resembled group therapy for secondary post-traumatic stress. Reflecting on this righteous storm in cyberspace, it occurred to me that the story wasn’t just about what was happening in ISIS territory, but also what was happening at home, among the spectators.

What do our encounters with human rights atrocities say about who we are, as distinct from who we pretend to be? In pursuit of a virtuous self-image, how does the “civilized” world of Western liberalism perceive the suffering of others at its periphery? We no longer define the sublime by turning to the heaven of medieval Christianity, or even to the modern utopias of totalitarian ideologies. Disabused of the catastrophic illusions of the past, in our postmodern search for transcendence we have embraced human rights as the secular sacred. Having shunned absolute truths, we navigate the stormy seas of moral relativism, weary of foundering on the forbidden rocks of individual autonomy and cultural diversity. In this disenchanted universe, belief in the inherent dignity of humankind is the magical island where we can still find refuge amidst moral uncertainty.

Belief in human dignity finds expression in democratic institutions, constitutional rights, principled foreign policy, and so forth, but it is much more than a set of legal concepts and political procedures. By one classical account, liberalism is merely a social contract designed to prevent our descent into anarchic violence. But what we espouse as an unimpeachable truth about human nature, what we enshrine as a fundamental purpose of society, also reflects our most basic self-definition, as individuals, communities, and civilizations. In fact, the conception of human beings as possessing a noble essence is a giant leap of faith. We could equally conclude that our species is incorrigibly selfish and aggressive, doomed to self-destruction. It is this stark contrast that makes it difficult to reconcile worship of the secular sacred with the crass materialism of our consumerist culture. The glorification of greed and the violence that it breeds are fundamentally incompatible with the spiritual reality that the depths of our humanity can only be discovered through altruism. The light of our soul is best mirrored in how we help the suffering, not in how much we consume.

It may seem odd or even an exaggeration to dwell on the mystical roots of human rights. But we live in exceptional times, when the unravelling of our fragile civilization calls for a radical re-conception of reality. The cosmopolitan creed of liberalism has gone from post–Cold War triumphalism to siege warfare, as terrorism and war, indifference and inequality, disillusionment and demagoguery surround our societies and push us to the limits. There is shock and despair in enlightened circles at the unexpected U-turn, or at least the disruptive detour, in what was once a daily commute to historical progress. We bemoan violent extremism and retrograde populism, yet our response is often no more than a recycling of liberal clichés. The incantation of these ideas has conspicuously failed to address the avarice and anger that is devouring our decency. In fact, the fetishistic privileging of liberal ideology over the intimate reality of human suffering is itself part of the problem. At times, it resembles a fundamentalist belief, a poverty of imagination, an inability to ponder a different and deeper truth about our potential.

We live in a postmodern world of unprecedented prosperity and exponential technological advancement. Before us lies a vista of future possibilities scarcely imaginable by our ancestors. Yet, ironically, we are slowly drowning in a rising sea of despair, gripped by an epidemic of stress, anxiety, and depression. We are electronically hyper-connected but experience only the most superficial of human connections, even with our own selves. Conditioned to expect instant gratification, we are told that fulfillment is no more than a chemical cocktail of serotonin and dopamine, oxytocin and endorphin. Happiness is just a pill away. It has nothing to do with our life choices. This mindset reflects the spiritual crisis of our times, with far-reaching implications on how we conceive the struggle for human betterment.

Egotistic emptiness is a terrible affliction. Its bittersweet medicine is selfless sacrifice. The spirit of human rights, embracing the suffering of others, is about the retrieval of our own authenticity. It is about understanding that our healing depends on helping others heal. In responding to injustice with genuine empathy and meaningful engagement, we are nobody’s saviour except our own. Liberal lip service and feel-good activism is not a substitute for the hard work necessary for our completion, for the making of a better world. No matter how swiftly we advance in our fast-paced universe of technological wonders, no matter how much our self-indulgence confuses political correctness with real progress, there is no expiry date for the ancient wisdom that if we stand for the truth, there will always be a price to pay.

Excerpted from the 2017 CBC Massey Lectures, In Search of A Better World. Copyright © 2017 Payam Akhavan and the Canadian Broadcasting Corporation. Permission granted by House of Anansi Press. All rights reserved. No part of this excerpt may be reproduced or reprinted without written permission from the publisher.

Payam Akhavan is a professor of International Law at McGill University in Montreal, a member of the International Court of Arbitration, and a former UN prosecutor at The Hague.