What Are You Reading? | The Walrus
Skip to content 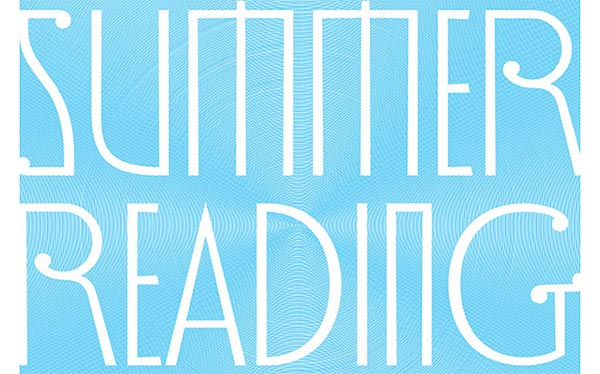 Summer Reading: Ten years of fiction, poetry, memoir, and escape from the magazine

@walrusmagazine Faulkner's The Sound and the Fury. It's as confusing as it is interesting to read and discuss. #WalrusSummerReading

Mark Jaccard, Royal Society of Canada fellow, author of “The Accidental Activist”: I am reading Eric Newby’s Slowly Down the Ganges. Then I will read Eric Newby’s A Short Walk in the Hindu Kush.

Dani Couture, poet, novelist, fiction and poetry editor of This Magazine, office manager of The Walrus: I’m reading The Winter of Our Discontent, John Steinbeck’s last novel. I thought I’d read everything by him, but on looking through my books for something to read this summer, found it and realized that while I’d purchased it, I’d never read it. A strange, rare treat.

our #WalrusSummerReading list is a re-reading list, @walrusmagazine: anything by Alice Munro, in case she's not bluffing

Pasha Malla, author of People Park, All Our Grandfathers Are Ghosts, and The Withdrawal Method: After realizing that in 2012 my reading favoured books by men over books by women six to one, I’m trying to enact a little gender equality this year. Up to June, the men were up 23–17, but since then I’ve read:

John Macfarlane, editor and co-publisher of The Walrus: Adultery, by Richard B. Wright, who also wrote The Weekend Man and The Age of Longing, each of which I read and loved.

@walrusmagazine "We" by Yevgeny Zamyatin. It was the inspiration for 1984, banned for 60 years in Russia. #walrussummerreading

Stacey May Fowles, novelist, essayist, director of circulation and marketing of The Walrus: There strangely seems to be a lot of suffering, sex, and death in my summer reading. I’m working my way through Marie Calloway’s what purpose did i serve in your life? and Brenda Shaughnessy’s Our Andromeda, while looking forward to Lindsay Hunter’s Don’t Kiss Me and Helen Humphreys’ Nocturne.

Kathryn Kuitenbrouwer, author of Perfecting, The Nettle Spinner, and Way Up: I just read The Changeling by Joy Williams. It was originally published in 1978 and is said to have died a sad death after an excoriating New York Times review. It was given a rebirth by The Fairy Tale Review Press a couple of years ago, an apt house for it, since it plays extensively with fairy tale tropes and supernatural questions. I found its narrative pulse quite particular. It merged with the dreamy spaces of my summer thoughts. It’s about a beautiful drunk mother, who lives on an island of foundling children. It is strange—baroque, mystical, and fiercely itself. It reminded me of other books l have loved: Peter and Wendy by J.M. Barrie and A High Wind in Jamaica by Richard Hughes. Joy Williams writes some of the most arresting sentences you will ever read. It’s a stunning book.

Keep watching this post, and share your reading choices with us either in the comments below or on Twitter, using the hashtag #WalrusSummerReading. Survey results will be continued. And if you missed the link at the top, make sure to visit our complete archive of summer reading from The Walrus magazine.