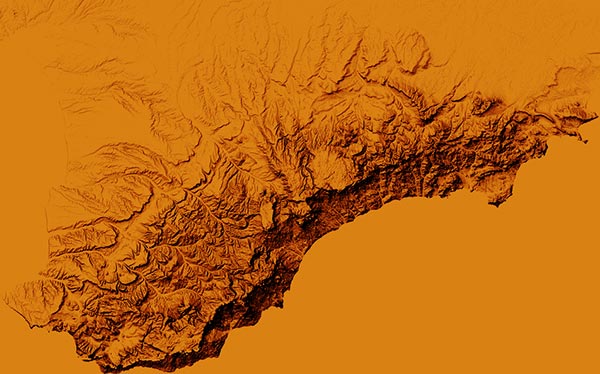 The trip from Kiev to the Crimean village of Alupka, where I spent the past two summers, is long. First there’s a twelve-hour overnight train ride, then there’s a mad scramble in the capital of Simferopol, where countless hustlers—some shirtless with gold necklaces, others wearing fishing vests and flat caps—offer up spots in their hot, overstuffed shuttle buses for the two-hour trip to the south shore.

I went there to visit my girlfriend’s family and to finish a nonfiction book about Russia I’d been struggling with for five years. I’d started the project in 2008. (It’d grown out of “With a Light Steam,” a Field Note that I wrote for this magazine.) It was mostly about a guy named Igor, a barman in St. Petersburg who I’d become good friends with over ten years of working for a local summer literary festival. The book was supposed to be about the resurgence of Russia under the leadership of Vladimir Putin and the price that regular folks like Igor had to pay in order to go along for the ride.

At a certain point, I’d gathered the material in Russia that I thought I needed, but the constant erratic developments kept distracting me from making sense of it all. Every time I turned around there was another significant change: Russian tanks stopped just short of entering Tbilisi; unemployment skyrocketed; the new Obama administration initiated a “restart” in Russia-US relations; Putin successfully used Russia’s foreign currency reserves to stave off financial collapse; the Russian economy gradually recovered, although many, like my friend Igor, had trouble finding their footing again; a human rights lawyer and a journalist were shot dead in broad daylight in Red Square; fires in nearby peat bogs smoked out Moscow, and bands of Muscovites joined together to help each other; protest movements against the clear-cutting of the Khimki National Forest gained steam; a relatively unknown blogger named Alexey Navalny began attracting lots of attention with his posts against corruption; Prime Minister Putin and President Dmitry Medvedev announced that they’d be switching places again; and another round of parliamentary elections were blatantly falsified, spurring thousands of “regular” middle class folks to take to the streets. In 2012, Putin was re-elected president by a clear majority (if lesser than usual), then laws prohibiting protest and permitting Internet blocks were passed, and the protest movement lost much of its steam; Pussy Riot was convicted of “hooliganism motivated by religious hatred”; gay pride was outlawed for 100 years. In 2013, Navalny was tried and convicted for embezzlement and then, surprisingly, released and allowed to lead an impressive (but ultimately failed) campaign for mayor of Moscow. This year, as a gesture of goodwill toward the West ahead of the Olympics, Putin released some of Russia’s most prominent political prisoners, like former Yukos oil magnate Mikhail Khodorkovsky and Pussy Riot’s Nadia Tolokonnikova and Maria Alyokhina; then the Sochi Games went off without any acts of terrorism or any terrible blunders beyond the failure of one of the Olympic rings to light up during the opening ceremonies and the women from Pussy Riot being beaten by Cossacks with horse whips; Navalny was put on house arrest; and then this mess in Ukraine began…

The Crimea was the perfect place to finish that book about Russia. Every time I’d tried to write about Russia from the West, I felt too far removed. Practically everyone in Crimea speaks Russian, so I could walk out into the streets and catch the ambience without getting distracted by the street-level goings on like in ever-shifting Moscow. Plus, Alupka is a resort town, where the pace of life is slow. The political, commercial, and cultural centers of Kiev and Moscow seem very far away.

In Alupka, my girlfriend’s grandmother’s house is built into the side of an incline. There are twisting stone passageways that connect the patchwork of her home and others, some of which look like castles jutting out into the air, and others more like shacks with stray cats reclining on their metal roofs. Many here subsist off the money they make renting out extra rooms during the high season.

Not counting the golden statue of Lenin in the village’s main square, there are two impressive landmarks in Alupka: the ornate Vorontsov Palace with its lush, expansive gardens, and the beach.

When I finished working for the day, my girlfriend and I would pass through the palace, which has a distinctive place in world history: besieged by the Nazis during World War II, it was the residence for the British delegation during the Yalta Conference in February 1945, when Churchill, Stalin, and Roosevelt planned the division of the post-war world. Now, morality police patrol inside the walls, forcing men to put on shirts and women to cover up on their ways to and from the beach. After the palace we would enter the gardens, dirt and stone paths leading every which way. We followed the general downward decline through long-leaf pine forests and eventually reached the blue water.

I’d been to the Black Sea before, to the Russian side. My friend Igor and I had travelled there in the summer of 2009. I remember being ecstatic to hear that there were neither sharks nor hardly any creatures harmful to man in the Black Sea at all. (As someone who grew up in Florida, water recreation had always carried a certain buzzkill, like sharks or alligators or snakes.) My girlfriend and I swam out, far beyond the swimming area with its giant blowup slide and zip line and massive stacks of concrete pylons. We turned around out there and looked back at the land and the stone jags of the majestic Ai-Petri Mountain.

Some days we took the short boat ride to Yalta, passing the miniature, fairy tale castle perched precariously on a jut of Ai-Todor Cape. Originally built for an oil magnate in the 1970s, it’s now an Italian restaurant rumoured to be slowly crumbling into the sea. And then into Yalta, which was one of the most famous Soviet resort towns and the adopted home of Anton Chekhov. His White Dacha there is a museum to his life and work. The Yalta embankment has a statue of a woman and a dog from his famous story that begins: A new person, it was said, had appeared on the esplanade: a lady with a pet dog.

It was good to have some literary inspiration, but my favourite spot was right there on the beach below the Vorontsov palace, a place that was briefly a spoil of war, and then one of the strategic planning grounds for the new modern world. I’d swim way out into the clear water where there were no sharks, not even the potential for beings that might eat or sting me, and on most days not even any current to speak of. And I’d tread water there, gazing at the peak of Ai-Petri, thinking through my book, never fathoming that in less than a year these might again be Russian waters, decidedly more murky and threatening.

Jeff Parker is the author of Where Bears Roam the Streets: A Russian Journal, published by Harper Collins Canada in June 2014. His earlier works include a novel, The Ovenman, and the short story collection The Taste of Penny.