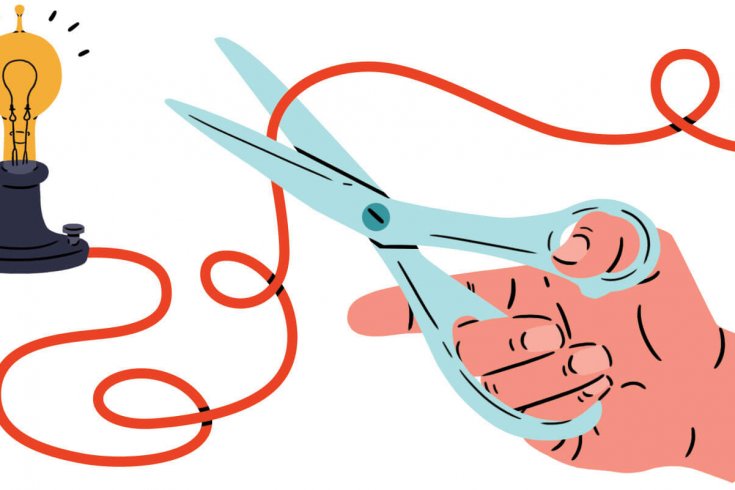 It was the longest federal election campaign since 1872. Yet through seventy-eight days of campaigning, rarely did a major party candidate mention the single most-important social issue facing Canadians: an able-minded individual’s right to receive assistance in ending his or her life on his or her own terms, in a humane and dignified way.

One and a half million of the voters on this year’s election roll were eighty or older. Most of them will die at some point over the next decade. Some will want to stave off death for as long as possible. But others will desire a more active path, one blocked by our obsolete Criminal Code, which prohibits anyone from assisting—or even counselling—suicide. Assisted dying is legal in a growing number of Western jurisdictions, including Washington State, Oregon, Vermont, New Mexico, Montana, and now California. But not here. Not yet.

On February 6, 2015, the Supreme Court released its decision in Carter v. Canada, a case rooted in the right-to-die campaign of Gloria Taylor, a woman in her sixties battling amyotrophic lateral sclerosis, or Lou Gehrig’s disease. Reversing the court’s own 1993 precedent, the nine justices unanimously voided existing legislation, insofar as it criminalized any doctors who aided a consenting patient suffering from a “grievous and irremediable medical condition (including an illness, disease or disability) that causes enduring suffering that is intolerable to the individual in the circumstances of his or her condition.”

The ruling was an extraordinary moment in constitutional law, but for actual Canadians nothing changed. The invalidated statute remains on the books: anyone who seeks to take his or her own life with a law-abiding doctor’s help still must travel to another country.

That’s because in deciding Carter, the court suspended action for twelve months. This was supposed to be enough time for lawmakers to create a comprehensive, safe, and humane regulatory framework for assisted suicide. Instead, the Harper government waited five months before punting the issue to an academic panel. Barring some sort of legislative miracle, the anniversary of Carter will come and go without action.

What this means is that acts of assisted suicide will continue to take place within a legal limbo (including in Quebec, which has a provincial law that may or may not be interpreted as superseding the federal Criminal Code). Some brave doctors could help suffering patients by invoking the right that the Supreme Court articulated earlier this year, but the vast majority, I suspect, will understandably be deterred by the continued prospect of prosecution.

This is a disgrace. On the question of whether the niqab may be worn during citizenship ceremonies, an issue of direct relevance to just a handful of new Canadians, campaigning politicians were only too happy to pontificate. Yet on the question of how much autonomy we retain over our own deaths, an issue of guaranteed relevance to literally every single human being in this country, we’ve heard silence.

This would not be the first major bioethical issue that parliamentarians have abandoned to the courts. Since 1988, Canada has stood as the only Western country without an abortion law: the decision is left entirely to a woman and her doctor. But while this laissez-faire status quo may suit most social liberals just fine, assisted suicide is a far more complex issue. Indeed, there is a galaxy of miseries that may or may not constitute “a grievous and irremediable medical condition.” Could schizophrenia qualify? Acute anxiety disorder? Aesthetic disfigurement? PTSD?

Under a libertarian approach, some hospitals and doctors may well adopt a come-one, come-all policy—thereby making themselves magnets for the on-demand death trade. Many long-suffering individuals would thereby gain a final release from their pain, but at the expense of cheapening the value of life. MPs cannot evade their duty to lead in this area: as Carter makes clear, we desperately need ethically defensible, nationally applicable, rigorously enforced protocols.

To understand what is at stake, readers would do well to consult Rachel Aviv’s recent New Yorker description of a Belgian oncologist who has helped more than 100 die:

Although most of the Belgian patients had cancer, people have also been euthanized because they had autism, anorexia, borderline personality disorder, chronic-fatigue syndrome, partial paralysis, blindness coupled with deafness, and manic depression. In 2013, Wim Distelmans euthanized a forty-four-year-old transgender man, Nathan Verhelst, because Verhelst was devastated by the failure of his sex-change surgeries. . . . The laws seem to have created a new conception of suicide as a medical treatment, stripped of its tragic dimensions. Patrick Wyffels, a Belgian family doctor, told me that the process of performing euthanasia, which he does eight to ten times a year, is “very magical.”

To describe the act of extinguishing life—whether through assisted suicide or through euthanasia—in such a lyrical way is grotesque. And Belgium’s liberal attitudes on the subject understandably have raised anxieties among opponents here, who worry that the elderly will feel pressured by family to shuffle off before their time has come. A well-crafted Canadian law would allay such fears.

Proper legislation also would contain provisions that help deal with the morally complex question of whether a once-able-minded person should be permitted to arrange the death of his or her future self. This is a question that rarely asserts itself in the case of ALS patients, such as Gloria Taylor, who typically remain of sound mind until their last days. But it is tragically relevant to the many whose final breaths will be drawn after months or years spent languishing in catatonic dementia.

Consider the case of Margaret Bentley, which went before the BC Court of Appeal just a few days after the Supreme Court handed down its Carter decision. Before sliding into advanced Alzheimer’s, Bentley signed a living will that indicated her desire to be starved of nourishment were she ever to exhibit “extreme mental or physical disability” with no prospect of recovery. While Bentley is now incapable of performing even the most basic tasks and seems entirely insensible to the world around her, her nursing home has refused to carry out her wishes—arguing that the reflexive opening of her mouth when food is brought near her lips indicates a desire to live.

Situations like Bentley’s highlight the need for a legal framework that encompasses a wide range of bioethical contingencies. If these issues are left entirely to doctors and the courts to adjudicate on a case-by-case basis, Canadians will have no certainty as to whether their last wishes will be carried out. And judges will spend much of their time hearing evidence about the exact manner by which applesauce travels down a patient’s throat.

Now is the honeymoon period for Canada’s new Liberal government—a window of opportunity for controversial but necessary legislative initiatives. There is no better time for Ottawa to make good on its constitutional obligation to protect the last human right.