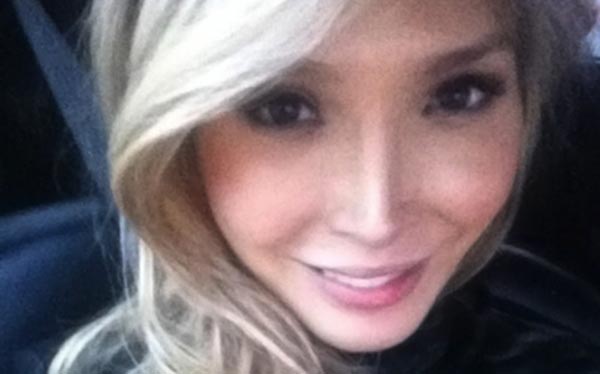 When a baby is born, the doctor doesn’t ask if the child is meant for its body, or the body for the child. But feeling at home in one’s skin is not a
foregone conclusion; it’s a stroke of luck. For those diagnosed with gender dysphoria, life is largely defined by a conflict between biological sex and gender identity. Canada’s trans* population (the asterisk indicates inclusion of all gender-variant identities) further endures discrimination and under-representation. Physically transitioning to become another sex allows some people to reconcile inner conflicts, and to eventually find personal wellness. The Canadian health care system, though, doesn’t make that easy.

“At one point I was going to go do everything in Thailand. I was trying to figure out a way to get myself over there. But then, without papers…you’re going to have to get it done somewhere sketchy. It was the most terrifying thing in the world,” Talackova tells me during a break from shooting her upcoming reality television series Brave New Girls, which will premiere on E! in the New Year. Many clinics in Thailand require documentation of diagnoses and prior treatments, as well as physician referrals. Others, though, are willing to forgo these protocols.

In the end, Talackova opted for the security of staying home. She had all of her procedures (except one) performed in Canada. After her SRS, she legally changed her driver’s license, passport, and birth certificate to reflect her preferred sex. Her newly acquired female identity, however, was not enough for Talackova to gain full acceptance on a broader social scale.

In 2012, Talackova was one of sixty-five contestants who qualified to compete in the Miss Universe Canada pageant. But she was disqualified in the weeks leading up to the competition, after she was recognized in footage from Thailand’s 2010 Miss International Queen pageant for transgender people (where she had placed in the top ten). According to Miss Universe officials, she “did not meet the requirements to compete” in their pageant because she was not “a naturally born female.” Donald Trump, who owns Miss Universe, spoke publicly about Talackova’s disqualification, and suggested that she had likely entered the competition with “ulterior motives.” With help from prominent lawyer Gloria Allred, the disqualification was overturned. Talackova competed and finished in the top twelve.

Beyond the social and emotional stresses that can accompany transitions, Talackova also experienced financial strain. The British Columbia Medical Service Plan typically pays for prescribed hormone therapy, breast augmentation, and SRS; it does not cover secondary surgeries like face feminization, removal of the Adam’s apple, and vocal chord tightening, nor travel costs and medical recovery supplies. Money struggles make it impossible for many trans* Canadians to access the care that they need, and Talackova recognizes that had she been born in another province, a full transition may have been out of reach. “My mother was a business owner, so we were OK,” she explains, “but I know where all my money has gone. Forty-one grand is a down payment on a house.”

Although eight provinces currently offer some coverage for minor transition surgeries and SRS, actually securing funding is no small feat. In Nova Scotia, for example, transitioning means countless trips out of province and tens of thousands of dollars spent out of pocket. Until recently, there was little hope for improved policy.

Things began to change late last year, in the wake of a Nova Scotia Human Rights Act amendment designed to prevent “gender identity” discrimination, when the Nova Scotia Rainbow Action Project appealed to the province’s ministry of health and wellness. NSRAP, a Halifax-based LGBT* advocacy group, proposed that the ministry follow the lead of other provinces and allocate funding for sexual reassignment surgeries. David Wilson, who was Nova Scotia’s health minister at the time, initially denied the request. In a rejection letter, he cited “the lack of high quality scientific evidence to support the efficacy of the long-term outcomes…and lack of a strong economic argument for their benefit” as roadblocks to coverage.

Days later, Wilson retracted his rejection. He announced that the province would allocate funding, though the rationale behind the about-turn remains unclear. In a phone interview, he simply states that the policy change was a long time in the making. “We are proud that we were able to do it,” he tells me. “There was a lapse in policy that we were able to correct. [Being transgender] is not a choice; it’s who people are and it’s part of their DNA. They have the same rights as all Canadians, and we need to protect these rights.”

Although certainly a step in the right direction, the announcement was met with some skepticism: the Nova Scotia Citizens’ Health Care Network, for example, notes that the province has yet to indicate when the new policy will come into effect, and has not specified whether it will fund whole transitions or specific surgeries only.

The costs for SRS vary dramatically from male-to-female and female-to-male transitions, ranging from $19,000 to $60,000. The Nova Scotia government estimates that the average cost per patient will run around $33,000, and will likely not include reconstructive surgeries like phalloplasty (which uses prosthetics and skin grafts to create a penis) or labiaplasty (sometimes required to contour the vulva).

Even with approved funding, though, it remains difficult to access public funding for SRS surgeries. Trans* people are forced to jump through institutional hoops in order to have their surgeries paid for by health care. For many, those hoops seem endless. In Alberta, to get on the wait-list for SRS, patients must first be diagnosed with gender dysphoria. Next, they have to submit a registration form to the province, gather letters of recommendation from two different psychiatrists, and then convince one of them to request approval for government funding on their behalf. All of this must follow a year of hormonal therapy, psychiatric assessment, and a medically supervised Gender Role Experience (where trans* people live as their chosen gender prior to physically transitioning). Such stringent prerequisites are common nationwide, and far exceed recommendations made by the World Professional Association for Transgender Health. What’s more, if and when SRS funding is finally approved, moving up Canada’s waiting list can take an additional two years.

In 2012, the Centre for Addiction and Mental Health recommended 124 trans* people for reassignment surgeries in Canada , up from ninety in 2011, and fifty-nine in 2010. CAMH suggests the increase is at least partially attributed to a recent decrease in prerequisites. For example, the length of the mandatory GRE has been shortened from two years to one, and most provinces no longer require a legal name change prior to surgery. But wait-time remains a major concern. The list of surgeons who perform SRS is so short that all funded trans* patients end up in one of two places: Montreal or another country.

Dr. Pierre Brassard, the only surgeon currently performing SRS in Canada, is the owner and general director of the Centre Métropolitain de Chirurgie Plastique, a small, seventeen-bed private hospital on the banks of the Riviére des Prairies. Brassard, who has performed around 1,800 reassignment surgeries during his twenty-five year career, has seen his practice double since 2009—due, he says, to ebbing legal restrictions and increased public funding. His clinic is a mecca for trans* Canadians, and is sought out by patients worldwide. Earlier in his practice, the vast majority of Brassard’s clients were international, coming from countries like Israel, Japan, and Germany. But his demographics have since turned around. “I’d say about 80 percent are Canadians now,” he tells me. “Ten years ago, it was the reverse. Only 20 percent were Canadian. But now it’s paid for.” Brassard is finally able to help more trans* patients within their native country, but he cautions that the system is far from perfect.

“Surgeons are not trained to do SRS. It is something that you don’t see in training, and if you see one that is done by a surgeon by who does it maybe once a year, you never see a good result,” he says. “Diagnostic and treatment before [SRS], this is where [health care] should be improved. A lot of patients have to go to private consultations to get help. Departments of psychology and psychiatry and social services should be more organized.”

For these reasons, many trans* people don’t know where to find support. It can take years of struggle and personal turmoil before gender dysphoria is properly diagnosed and treatment options are communicated. For Talackova, it was a perceptive nurse who introduced gender dysphoria into her vocabulary. With growing confidence and vital support systems in place, she was able to move forward with her transition. In 2008, nineteen-year-old Talackova travelled to Brassard’s clinic in Montreal. “It was such a great experience,” she says of her time at CMC. “I remember thinking, ‘It’s finally happening. It’s here.’ It was a celebration in my head.”

Despite moments like that one, many other trans* Canadians still face challenges and disappointments. We could ease their burdens by implementing nationally aligned requirements that reflect WPATH recommendations for SRS—i.e., that hormonal treatment should not be a requirement before surgery, and that the decision to take hormones or not should ultimately be left to the patient. WPATH further suggests that although two letters of reference from registered health professionals are necessary, psychotherapy may not be. Most importantly, according to the association, any prerequisite “construed as a hurdle” discourages positive personal growth, and therefore should be eliminated.

In the meantime, the University of Montreal has partnered with Brassard’s clinic, and its med students now have the opportunity to train in SRS. Hopefully, many of these future health care providers will make it a part of their practices. (Brassard is currently training a successor, Dr. Maud Bélanger.) For now, further funding for full transitions, including secondary surgeries, and better trans*-specific training for mental health professionals would go a long way towards improving the lives of Canada’s trans* population. Despite significant social, political, and medical advancements made in recent years, it’s going to take a better health care system to best facilitate the rite of passage into selfhood that has been otherwise withheld.

Ainsley Doty is an editorial intern at the Walrus Foundation.

Return of the Anti-Vaxers