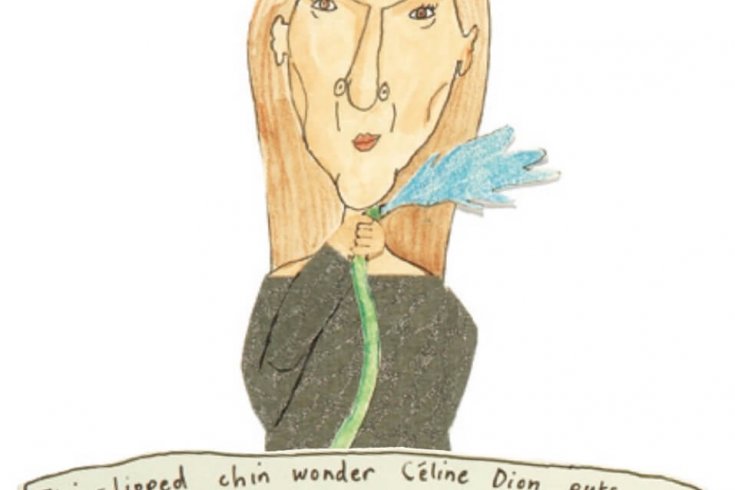 In the Realm of Hungry Ghosts: Close Encounters with Addiction by Gabor Maté
Knopf Canada (2008), 480 pp.

One of the six realms on the Buddhist Wheel of Life is the Hungry Ghost Realm, its inhabitants “creatures with scrawny necks, small mouths, emaciated limbs and large, bloated, empty bellies,” writes Dr. Gabor Maté in his excellent new book, In the Realm of Hungry Ghosts.

“This is the domain of addiction.” A ravaged German-Canadian man is one day quoting the final lines of Goethe’s Faust, the next delivering a drug-fuelled anti-Semitic diatribe; a woman, very pregnant and intent on keeping her baby, is found beaten up on the sidewalk and screaming for drug money: these are among the hungry ghosts Maté encounters in his job as resident doctor at the Portland Hotel on Vancouver’s Downtown Eastside.

One of the book’s strengths is Maté’s detailed and compassionate characterization of the afflicted addicts he treats, but this is not just a memoir. Rather, using his own experience as well as the most advanced recent research, he attempts to delineate the closely interrelated psychological, social, and neurological dimensions of addiction. He describes the ways in which it affects the chemicals and brain centres responsible for rewards and decision making, but he is also careful to point out that those neurological elements are related to the emotional life of the addict. “When the brain is diseased,” Maté writes, “the functions that become pathological are the person’s emotional life, thought processes, and behaviour.”

In the end, for Maté addiction is neither the result of the seductive power of heroin or cocaine or alcohol nor the expression of an identifiable genetic predisposition, but the consequence of childhood trauma, social and cultural dislocation, and a sense of spiritual emptiness and lack of meaning. If addiction involves destructive behaviours pursued irrespective of the consequences, triggered by the need to fill a chronic inner emptiness, then the long road to recovery requires what Buddhists call “mindfulness”: a calm, unjudging, compassionate attentiveness to what is happening within.

In Evelyn Waugh’s Scoop, a classic satire of daily news, two rival newspapers—the Daily Beast and the Daily Brute—compete for the perfect story and end up manufacturing a war. Recent history has shown that front page stories can feature fabrications and omissions even more outrageous than those imagined by Waugh. While the papers in Scoop crafted a made-for-print war, the New York Times, from its high pulpit, ran reports of Saddam Hussein’s weapons of mass destruction, lending credence to the Bush administration’s arguments in favour of the invasion of Iraq and facilitating a real war. Perhaps equally shocking, Kentucky’s Lexington Herald-Leader ran a cursory correction in 2004 apologizing for having “neglected to cover the civil rights movement.”

Craig Silverman’s Regret the Error focuses on the reasons for such errors and offers solutions to increase accuracy. The book is in effect a paean to fact checking and sound journalism, and it deserves to join Waugh’s seminal work atop every journalism school syllabus—and on the desk of every reporter and editor. By examining the history of media errors and corrections, the book paints a picture of a fallible mass information machine. Silverman argues that mistakes, no matter how inconsequential, erode public trust in the news media, which in turn poses a threat to society (by misinforming it) and free speech (by inviting restrictions on reporting). And in the age of a twenty-four-hour, instant news cycle, with the media under scrutiny from both the public and watchdog groups, accuracy has become more important than ever.

Sadly, however, Silverman finds that fact checking is in decline, with magazines phasing it out and newspapers mostly unable to afford the time. As publishers and editors increasingly focus on the bottom line and the juiciest headline, they inadvertently endanger the media’s credibility. In the face of this retreat, Regret the Error is a much-needed call for careful journalism and accountability.

Evidently, Anne Simpson has a thing for downward trajectory. As the judges noted when they gave her the Griffin Poetry Prize in 2004, “Images of falling recur in [her] poetry with disturbing frequency.” Similar tumbles occur throughout her new novel, which explores a series of small descents in her grief-torn characters’ lives.

Falling opens with a finely sketched set piece. Teenage Lisa crashes an atv on a beach and, pinned under it, drowns in mere inches of water. She is found a moment too late by her brother, Damian, who had been taking a nap. Tragic background established, the action resumes a year later as Damian and Ingrid, the children’s mother, travel to Niagara Falls to scatter Lisa’s ashes. They’re also there to see Roger, Ingrid’s brother, a now-blind former daredevil who’s been over the Falls twice himself, and Elvis, his retarded son, whose Shania Twain pillow and preternatural memory for birth data fail to give his character a much-needed third dimension. One night Elvis runs away, and Damian finds him in front of a tattoo parlour. Looking in from the street, Damian happens to see Jasmine, a pretty Saskatchewan drifter with whom he is immediately taken. After some light stalking, he meets her, woos her, and wrongs her, and things begin, well, falling apart.

For all the book’s issues, chief among them a sometimes-unsuccessful attempt to play the past off the present in constant counterpoint, it still works, largely because of Simpson’s poetic language and gift for metaphor. In her hands, a bird’s wings are “an open pair of scissors against the blue”; dead irises are flattened “like purple-brown cavalry fallen on the long grass”; and Bach’s English Suites sound “clear and concise, yet sprightly too, like a curled fiddlehead.”

Two-thirds of the way through the story, there’s a crystalline eight-page passage that hurtles across the country alongside Damian. In structure and style, the section is more prose poem than novel. It serves as a plot-advancing crutch, but also as a reminder that Falling’s best moments veer into verse.

The Dirt on Clean: An Unsanitized History by Katherine Ashenburg
Knopf Canada (2007), 358 pp.

How often do you shower? More to the point, how often should you shower?

The answers, in Katherine Ashenburg’s wonderfully detailed and culturally revealing history of bathing, will depend on where you live—or when. For instance, more than half of French men and women don’t bathe every day—and one in four French women don’t put on fresh underwear. This is bound to cause lip curling among North Americans, who can never be too odourless, or too clean. “Unlike the French,” Ashenburg writes, “we are still leery of our visceral, animal side and prefer to smell like tea or cupcakes.”

The Greeks and Romans were big on cleanliness, using a metal tool called a strigil to scrape off the oils and perfumes they used instead of soap. The imperial Roman baths were elegant gathering places, a full-service combination of spa, mall, gym, and brothel. But Christianity ushered in a much dirtier era, when some saints fervently embraced the transcendent state of alousia, or unwashedness. Public bathing, with its sensual and social delights, fell out of favour. During the sixteenth and seventeenth centuries, washing in water was considered unhealthy, since plugged pores were believed to be a barrier against disease. The author takes particular delight in outing this era, “among the dirtiest in the history of Europe,” when the powdered wigs, rancid pomades, and long-stewing body odours of the French royal court must have turned a warm room into a potent brew.

In this century, the big, sybaritic bathroom has become the defining space in the modern North American home, and the business of selling plug-in scent dispensers, teeth-whitening strips, and bacteria-killing sprays just keeps growing. Ashenburg has fun tracking the rise of new advertising strategies, as the makers of deodorants, mouthwashes, and feminine care products began to capitalize on our bottomless fear of all the ways in which our bodies can “offend.” With a wealth of illustrations and a current of subversive wit, this is a “bathroom book” with substance.