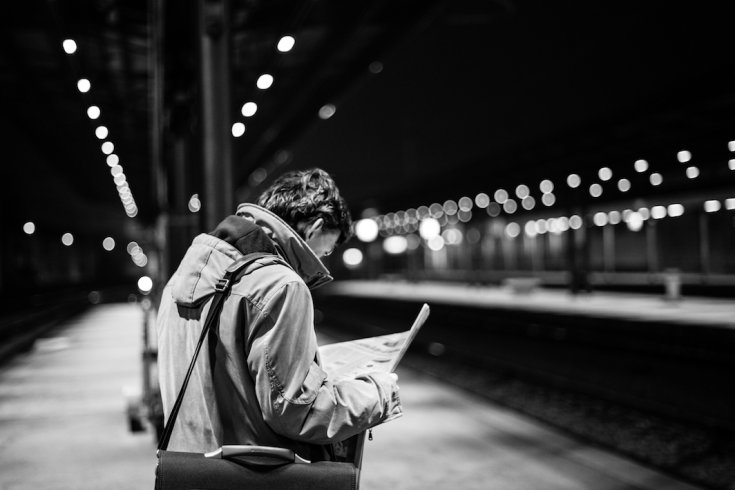 There were all sorts of commercial reasons why the Globe and Mail embarked on its recent redesign, its first in several years. But one reason in particular bears noting, simply because of the way it rippled across the entire paper.

Like all newspapers, the Globe has had to figure out how to deal with a long decline in print advertising. Some sections, however, have been affected more than others, among them life/arts, which had, in recent years, evolved into a kind of grab bag of features about travel, health, relationships, and culture, plus some listings. The ads were growing scarce enough that the Globe’s managers were concerned it wouldn’t be possible to continue printing it as a separate section.

Organizationally and culturally, the Globe is nothing if not disciplined about managing cost, so the obvious solution was to fold life/arts into the main section.

In the world of digital and mobile news sites, the merger of life/arts with news and opinion was an almost literally meaningless development, as articles now exist and circulate on social media in a mostly decontextualized setting, frequently unmoored from their immediate journalistic neighbours.

But in the physical world of newspapering—which continues to trudge along despite years of anticipatory elegies—combining sections is a bit like knocking out a wall in your house. At first glance, it may seem like a simple way of solving a space problem. Yet as any survivor of a home reno can attest, those seemingly straightforward architectural choices may trigger a series of cascading events that upend all sorts of things, and not always for the better (or, at least, not initially).

Over the weekend, earlier this month, when the Globe unveiled its much-hyped redesign, my Facebook feed abruptly turned into what seemed like an uncontrolled brush fire of anger, fed by both Globe lovers and Globe haters—present, apparently, in equal number.

I am a long-time contributor, and my editors had hinted to me that a major reset was underway. But the undertaking had a Manhattan Project feel about it, at least until the Globe’s marketing people began a drip-feed of prelaunch ads and testimonials from various editors about the changes to come. With the big day looming, I was eager to see the result.

The old saw, about underpromising and overdelivering, evidently wasn’t part of the strategy, and it’s not difficult to understand why: after months of intensive design work, the paper’s managers wanted to make the most of this moment. As another worn adage has it, you only get to make a first impression once.

That much anticipated debut could scarcely have been more of a disaster. As publisher Phillip Crawley would later acknowledge, Murphy’s Law yielded to Sod’s Law: a malfunction at the Globe’s state-of-the-art printing plant the day before the first Saturday edition produced a crushingly anemic version that succeeded in simultaneously obliterating the best aspects of the redesign while highlighting the changes made mainly for the sake of cost containment. A perfect storm.

Oddly, for an organization dedicated to reporting the news, the details about the mechanical glitch only surfaced following a week of punishing reader response.

Many people on my social-media networks declared they’d be cancelling their subscriptions because they couldn’t tolerate this (inadvertently) tepid look. Others upped the stakes, bundling their loathing for the Globe’s in-house controversialist, Margaret Wente, with their dislike of the redesign and any residual anger over the paper’s decision to cut Tabatha Southey’s popular Saturday column. They, too, stated loudly that they’d be halting their subscriptions.

The middle-aged, who are admittedly over-represented among my Facebook friends, griped about a smallish font, the stove-pipe verticality of the slimmed down pages (a cost decision), and the loss of life/arts, the tail that wagged this dog. One commenter from the pro-newspaper camp mused that remaining Globe subscribers from here on should see themselves “patrons,” not customers. Ouch.

A friend on the inside pointed out that readers always complain initially about redesigns, but then they settle in. There’s much truth to her observation, although I found the declarations of discontinued patronage to be unnerving.

If you’re floating in a fixed orbit way above the fray and can take a philosophical view (as I attempted with a couple of responses to the shoutier critics on my feed), you could say all this genuflecting was prima facie evidence that people still care about newspapers in general and the Globe in particular.

It’s true that a passionate outpouring is a wonderful thing to behold. Yet it’s equally true that if all the indignation isn’t accompanied by a monthly subscription payment, it does little to help pay for writers, paper and ink. Moreover, as several boomerish cynics interjected, millennials—our society’s favourite demographic whipping boy—will never pay for news, digital or otherwise. (To which I’d reply: I know many boomers who have never, ever subscribed to a newspaper.)

Beyond these predictable exchanges, I noticed something else waft out of the cranky postlaunch sniping: an acknowledgement, from both camps, that the physical newspaper somehow expresses a sense of place, and an aesthetic, that isn’t part of the online or mobile reading experience.

Before I go on, let me say that I am not some kind of graying media Luddite, here to wag my finger nostalgically. Much of what I write—here and for publications such as Spacing—never surfaces in print. Indeed, I firmly believe that digital journalism can tell stories and travel through space in ways that print simply never could.

Yet the physical sensation, design, and organization of a newspaper, like a magazine, is not some mere trifle, a tenacious ghost from the pre-internet era. Story placement, of course, is still a crucial journalistic tool for signalling to readers the significance of any particular piece of news. But many people also read spatially—they start with the crossword or the obituaries and move to page two, then peruse the news, save arts for later, etc. Every magazine editor knows that few people read sequentially, and so they distribute hooks and perches and side doors throughout.

Is this way of interacting with the written journalistic word all that different from following a pleasing or familiar route through your neighbourhood? Or consider your living space: the furniture and wall hangings aren’t just plunked down arbitrarily—spatial experience matters for most of us. Newspapers, I’d argue, are still microcosms of communal spaces, like parks and neighbourhoods. We move through them in noticeably habitual patterns that have no precise mirror online, even though we reach for the language of place when we talk about “visiting” websites.

Of course, many of us now prefer to forage for our media, meandering along seemingly random digital pathways and often finding our way to editorially rich and visually compelling news sites, like the Guardian’s. At the same time, we are unknowingly directed toward certain stories and sites by the algorithms employed by media and social-media companies that synthesize reader behaviour and then curate the content that turns up on your newsfeed. A thoroughly quantifiable experience, and thus of interest to advertisers, yet still lacking a certain something.

Conventional wisdom has it that newspapers, as printed objects, will soon disappear, and indeed several of the voices on my newsfeed on that first weekend wondered grouchily why the Globe would bother to invest so much money and effort into a medium with a foot in the grave.

It’s not a trite question, of course. But I’d also observe that we find ourselves in a weirdly dialectical moment, which is defined both by the torrent of ephemera generated by the digital world but also an undeniable craving for lived experience and physical authenticity. How else to explain our society’s intense interest in design, architecture, compelling urban spaces, fashion, and live performance?

That a newspaper in 2017 even bothered to figure out a new look for itself, to aim to go out each day in something other than sweats and a dirty T-shirt, suggests that these questions are by no means settled. Indeed, the outrage over the Globe’s botched first week hinted at something that runs deeper than mere boomer angst. It said that in a world of borderless, free-floating information, place still has a place.