The Trouble with Adapting Munro | The Walrus
Skip to content 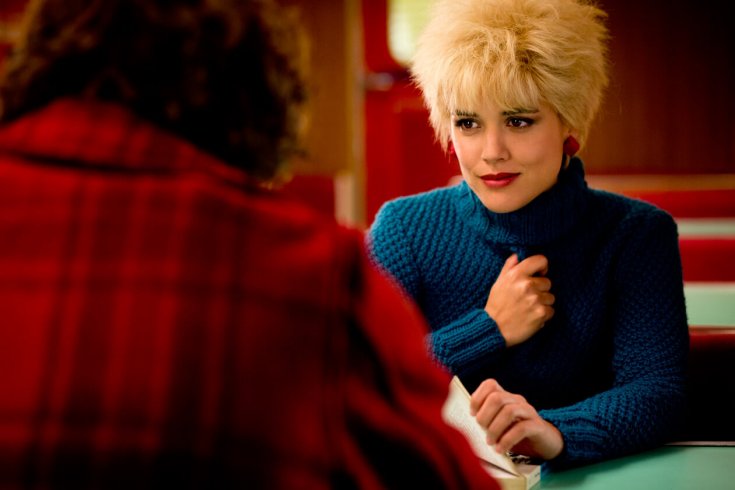 Pedro Almodóvar, the king of decadent European art cinema, has adapted three Alice Munro stories to film. Almodóvar’s movies are lush, sexy, and melodramatic. Munro, this country’s only Nobel laureate in literature, specializes in sober realism. Almodóvar, from Spain, is often stereotyped as a hot-blooded Latin; Munro, as a dour Canadian. The stereotypes, of course, are unfair, but, really, the two sensibilities couldn’t be more different.

Perhaps Almodóvar might have taken a restrained approach this time, in deference to the literary master whose works he was adapting. But that’s not his way. In Julieta, which had its North American premiere at the Toronto International Film Festival, Almodóvar runs roughshod over Munro’s elegant, understated prose. He reimagines the way the characters look, talk, and relate to one another. And he transplants the narrative from the unassuming villages of southern Ontario and British Columbia to the picturesque Iberian coast and the wilds of Madrid. (He did briefly scout Canadian locations but quickly gave up.) Gone, then, is Munro’s Canada, with its Presbyterian churches, frumpy townspeople, and dreary wallpaper. Instead, we get Almodóvar’s Spain, where even school teachers dress like Anna Wintour.

Here’s the thing, though: the film works. Almodóvar is unapologetic about his aesthetic choices, but that’s exactly how a filmmaker should be. Julieta is a fine adaptation and an honour to Munro’s legacy. That’s true not in spite of the film’s irreverence, but because of it.

The point of adaptation is to adapt, not simply to pay tribute. The best adaptors appreciate that distinction.

Munro’s work is difficult to film because it’s so clearly native to its medium. Many contemporary authors—Michael Chabon, Donna Tartt—seem to write with screen adaptations in mind; Munro writes to be read. Her forebears are nineteenth-century psychological realists, like Henry James and Anton Chekhov—an author with a surprisingly robust film catalogue, but more likely because his works are brilliant than because they’re cinematic.

Munro is a master of form—she builds stories with studied architectural rigour—but it’s her characters’ complex emotional lives that make them compelling. There have already been a few Munro adaptations: Sarah Polley’s Away from Her, which is very good, or Liza Johnson’s Hateship, Loveship, which is less so­. Neither feels like a standalone work, however, the kind that must exist not as some type of narrative but as a film specifically.

Julieta is different. The source is three interlinked short stories, “Chance,” “Soon,” and “Silence,” first published in a single issue of The New Yorker and reprinted in Munro’s Giller Prize–winning collection Runaway. We first meet Munro’s main character, Juliet Henderson, on a Vancouver-bound train. Juliet, a PhD student in classics, has taken a teaching position at a private girls’ school, because her professors want her “to get out into the world a bit.” On the journey, she meets Eric, an older man whom she falls for without realizing it.

This encounter takes her life in surprising new directions, leading to three events: a small betrayal (an adulterous affair), a large betrayal (which I won’t spoil here), and an untimely death. As with all of Munro’s work, the stories are less about the events themselves than the unpredictable ways in which they play out in the protagonist’s life.

The differences between book and film are too numerous to list in full. Munro’s Juliet is a mousy librarian type: “thin-lipped mouth, snub nose, bright eyes, and a forehead that was often flushed.” Almodóvar’s Julieta, on the other hand, is a vixen with a short skirt and big ’80s hair. When Juliet first meets Eric, she’s too bashful to sleep with him. But when Julieta meets Xoan—the film’s Eric stand-in, a bearded hunk who wouldn’t look out of place on a Norse shipping vessel—she can’t wait to get him into the sleeping compartment, where she rides him like a hobby horse. The scene is superimposed onto the dawning Spanish landscape, implying, I guess, that the couple were at it all night.

Almodóvar’s characters are just as animated outside of the bedroom as in. In Munro’s world, people receive devastating news with stoic dignity; in Almodóvar’s, they burst into unseemly tears. Munro’s Juliet, during an uncharacteristic fit of anguish, walks around her home “slapping one fist into her palm.” In the Almodóvar version, she rips her apartment up. And in a move that has no basis in the original text, Almodóvar stages a tearful hospital confession featuring a dying character. Munro, on the other hand, dispatches the same character in two cold sentences: “Christa grew thinner and moodier. Quite suddenly, one January, she died.”

Almodóvar’s work is campy; Munro’s is restrained. This difference reflects broader understandings, perhaps culturally based, about how humans perform their humanity. For Almodóvar, life is a grand opera, a play of fiery passions, dramatic betrayals, and exquisite pain. For Munro, it’s more like a slow, silent pageant. Pain is to be felt, not talked about. Tragedy is faced head on with a stiff upper lip. And even if we’re inclined to express our feelings, we rarely understand them well enough to find the words.

Clearly, Munro and Almodóvar have distinct sensibilities—so too, do their characters—but a sensibility is a different thing from a worldview. And when it comes to worldviews, the two artists are surprisingly similar. Both understand human desire as impulsive and politically incorrect; Almodóvar’s work is typically described as queer, and while that adjective is less often applied to Munro, I’m not sure that it’s inapt. And both share the sense that to love other people—partners, children, best friends—is to make ourselves acutely vulnerable. That’s the message of Munro’s three stories, and it comes across beautifully in Julieta, a film about grief and its long hangover. Almodóvar doesn’t tell Munro’s tales her way, but he clearly gets them.

Also, the point of adaptation is to adapt, not simply to pay tribute. The best adaptors appreciate that distinction. Stage and film director Elia Kazan left his mark on Tennessee Williams to the extent that it’s impossible to understand one man’s work without the other’s. The Coen Brothers re-interpret classic texts, from The Odyssey to the Book of Job, imbuing them with anarchic energy. And Stanley Kubrick brought his distinct, surreal vision to major writers—Vladimir Nabokov, Anthony Burgess, Stephen King—who were plenty distinct on their own. The most rebellious adaptations are always the most interesting.

Plus, it’s hard to imagine that Munro, who wrote better than anybody about infidelity, would resent Almodóvar for his less-than-faithful film. In its strange way, Almodóvar’s unfaithfulness is itself an act of faith: it’s proof that he believes in the durability of his source texts. Munro writes humans harshly and brilliantly. She knows about love and duplicity. She understands the impulse to betray the people you care about most and to simultaneously resent and forgive those people when they betray you. Work as insightful as hers doesn’t lose its power simply because the sets or sensibilities have changed. Munro’s stories are hardy plants that will thrive even when uprooted and introduced into alien soil. Non-Canadians—including the Europhiles on the Nobel Prize committee—see themselves in her writing. Clearly, Almodóvar does too.