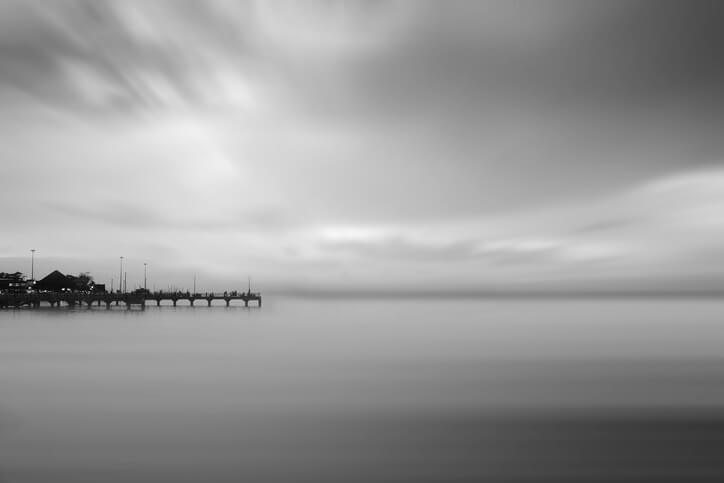 When Bill Gaston was sixteen, his father bought a new car. It was a Buick Riviera, which came to be nicknamed “the Riv.” While driving one day, the older Gaston pointed past his son at the car’s side mirror and began ranting about the Objects May Be Closer Than They Appear note. “Instead of fixing the damn thing, they write some crap on it,” his father said.

In his new memoir, Just Let Me Look At You, Bill Gaston explores the truth in his father’s confusion: that buried in our hindsight may be memories distorted by a faulty mirror. “I’m going to see my father at his worst,” he declares near the beginning of the book, while navigating his fishing boat through the Salish Sea between Vancouver Island and mainland British Columbia. His father has died, and Gaston is heading to a remote coastal community they visited often to understand who the man really was. A drinker? Constantly. A racist? Maybe sometimes. A talker? Rarely, and often in lies. His father was always one to spin a yarn or one quick to exaggerate. “Salmon follow ferries because the prop chops up all the herring,” he told his son once. When the man would feel a bite on his line but only pulled up his bait herring, still alive, still intact, he would say the salmon had just “slapped it with his tail.” Among these winks and crooked smiles, where were the hard truths?

Gaston is sailing to where he started writing, and so it is fitting that the acclaimed author of seven novels and seven collections of short fiction (his 2002 collection, Mount Appetite, was shortlisted for the Giller Prize) is returning to the place where it all began so he can look back. Omens abound that seem to signal that he should turn his boat around. He watches an eagle kill a heron in aerial combat and send its limp body plummeting into the water. But that didn’t force him to come about. Nor did he turn back when he thinks he’s killed a seal by ramming it with his boat. Gaston arrives. But the place, the small outpost of Egmont, has undergone some changes There’s some kind of new convention centre, all cedar and glass; the pub’s waitress deploys “citified” expressions; a CFL game is being broadcast on “the best high-def TV screen” he’s ever seen—in a place “where electricity used to feel like magic from afar”; and there are tourists. The setting he thought he knew so well begins to warp before his eyes.

But Egmont hasn’t changed in the ways that matter. Gaston cruises out to his fishing spot—“How well my body knows this place”—and drops his lines down. Suddenly, he’s back with his father. The two men fished a lot. “I’m always reluctant to quit fishing,” Gaston writes. “I think I have a sickness. If God came down while I sat fishing and told me, officially, there were no fish swimming within one hundred miles of this spot, I suspect I’d be reluctant to reel in my line.”

In the dark depths of the Gap, nothing bites. But Gaston hasn’t come this far to haul in salmon, not really; he has come to see what truths can be dislodged in his memories. Gaston flips from present sea journey to faded memory so seamlessly the two begin to feel like apparitions emerging from the same plane of foggy coastal forest. At times, Just Let Me Look At You feels frank and direct, sure of its conclusions and observations: “He let alcohol take over his life, and I didn’t,” Gaston writes. “It could be that the Gastons are learning as they move through the generations—learning from the sins of their fathers.” At other times—as he probes notions of aging, substance abuse, memory loss, death—it feels like wandering with no end in sight. Some of Gaston’s reflections are raw and revealing; others are quiet and unsure, as if he is pulling us all along on this explorative journey with him. He isn’t alone out there on the ocean; we’re there, too, being asked to look back just as he is. Deep in those blue-green waters, Gaston finds darkness about his father but also, in the end, light.

His father’s gruff John Wayne-ness that he fronted for so long begins to wash away the further Gaston probes the questions that have launched him on his trip. Why was his father the way he was? How did this man influence what Gaston, as an adult, as a father, has become? Fish and water—that’s how the two connected in life. But by what other means in death? Answers appear softly, at first, before materializing with eye-widening urgency, as if they’re half-submerged, rocky outcroppings materializing from a mist. Gaston writes that the trip is to confront fear, but the fear, it turns out, may not be that we forget those who have left us but that we never really knew them at all. These people may have been less glamorous, less brave, less polished or, at the same time, have had more of all those traits.

The water is also where Gaston’s father returns, in the end; his ashes are spread in the waters off North Vancouver. “I was aware that, overboard, the water was seamlessly connected. To Vancouver Harbour, to Georgia Strait, the Pacific, and all other waterways of the planet.” As is with water, so is with family. We may fight it, push back against it, run from it—but we are inextricably and unflinchingly connected with every one of our tributaries.

Every child builds their parents into something they’re not, or not exactly. We place them on lofty pedestals or hurl them into inescapable crevasses based off assumption and quick judgement or, at the very least, lack of knowledge. We worry that by looking back, digging into the lives of our parents, we will see our adult selves reflected.

Gaston recognizes the distance inherent in the relationships between child and parent. His children know the broad strokes but not the meaning of the details—and he wonders how sharply defined the line between fact and fiction needs to be when every fiction reveals some kind of truth. The best we can hope for is to be understood.

Gaston also knows there is danger in launching into “When I was your age…” stories as well as the temptation to aggrandize. “You know it’s a sad grab even as you begin,” Gaston writes. “You feel the urge well up and burst your dam of good sense, and you blab anyway. You know it will take a bit of colour, maybe some exaggeration, maybe even outright invention, to cut through their glaze. You might make a habit of lying, and perhaps you learn to lie with ease. You might even become a fiction writer.”